(RNS) — Carmen Acevedo Butcher remembered the first time she heard the now-ubiquitous catchphrase “You do you.”

A teacher of first-year composition at the University of California, Berkeley, she had finished reciting a poem to her class when one of her students applauded her, cheering, “You do you, Dr. Butcher.”

“I was like, ‘Oh my God, I really like that,’” she said in a Zoom interview with Religion News Service. The sentiment felt medieval to her — in a good way. “The people I study in the medieval periods are very much ‘you do you.’”

Acevedo Butcher is a celebrated translator of mystics and classic Christian spiritual texts in German, Latin, and Old and Middle English, including “The Cloud of Unknowing,” a book on contemplative prayer written by an anonymous 14th-century author. One reviewer praised Acevedo Butcher’s ability to capture not only the author’s spiritual advice, but “something of the puns and word play, as well as the alliteration, found in the original text.”

RELATED: How India’s youth are taking to a path shown by a 15th century mystic

Her latest effort, a translation of the French Carmelite Brother Lawrence’s 17th-century “Practice of the Presence of God,” was released Tuesday (Aug. 23).

Acevedo Butcher, who describes herself as a “recovering perfectionist,” speaks in a warm Georgia accent and fills her discourses on medieval texts with colorful idioms. Lil Copan, a senior acquisitions editor at Broadleaf Books and an admirer of Acevedo Butcher’s work, said that she has never met a translator who marries faithfulness to the text with freshness and relevance as well as Acevedo Butcher.

“Most writers want to get a contract, want something in place and then give you a sample,” Copan said in a phone interview. “But Carmen wanted the freedom to do the work and see if the project held up, if Brother Lawrence was who she thought he might be,” she added.

“Translating is the most intimate form of reading,” said Acevedo Butcher. “If his theology wasn’t healthy, I didn’t want to do it.”

But once she started in on Brother Lawrence, she found herself unable to stop. “It was like potato chips — I really like barbecue Lays potato chips,” she said, “I fell in love.” 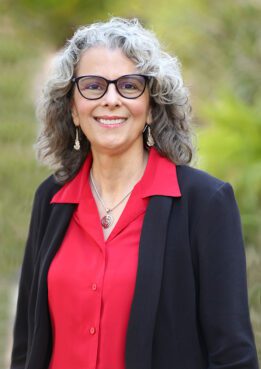 “Practice in the Presence of God” is a collection of Lawrence’s spiritual maxims, recorded by a friend and first published in 1692, a year after he died. Born in Lorraine in 1614, he served as a soldier in the Thirty Years’ War before joining a Carmelite monastery in Paris at the age of 26.

Acevedo Butcher compared translation to flying, saying that with Brother Lawrence’s prose, she only needed a “flap or two to stay in the thermal.” She spent that pandemic summer soaring.

“There were no car sounds because of lockdown; death was everywhere, but every morning there was the loudest bird song,” she said. “The birds, Brother Lawrence and I would bring in the morning.”

Lawrence also helped mediate the darkness of COVID-19’s first summer. Many of the students she was teaching online at the time were first-generation college students. “I was teaching students whose parents were dying,” she said. “This really affected the translation.”

She found a “juicy calmness” in Brother Lawrence as “collective death and toilet paper shortages” took over the world outside.

She decided to use the pronouns they and them for God in the translation, a decision that came from conversations with Copan and the text itself. She said she found a “spirit of they” in Brother Lawrence’s words.

Acevedo Butcher leans into the apophatic, or “negative,” aspect of theology, which describes God chiefly by what the divine is not. She saw how all pronouns for God — he, she, they — both do and do not work for capturing an ultimate divine.

Inclusive language is an important praxis for Acevedo Butcher. Because of childhood trauma, she said she had difficulty and discomfort with the pronoun “he” for God.

When she was studying medieval literature at the University of Georgia, Acevedo Butcher discovered Julian of Norwich and Hildegard of Bingen. “They had a cup of water for me,” she said. These mystics described God as blood, as lover, as mother and as female. “They were weird, and they were wonderful,” she added.

For Acevedo Butcher, wisdom is never far from justice — there’s no divide between right thinking and kind doing in Julian of Norwich, she said. “What use is wisdom if it isn’t relevant to now and if it doesn’t reach the margins? What is the point of wisdom if it doesn’t result in a fairer economic system?” she asked. Ten percent of the profits from Acevedo Butcher’s book are being donated to the Women’s Prison Association.

Her passion for justice speaks to a younger generation. Acevedo Butcher finds rich similarities between the Gen Z students she teaches and the medieval mystics she translates. “Hildegard of Bingen could have been friends with any of my students. As could have Julian,” she said.

RELATED: With ‘Christian cannabis,’ a pastor is promoting the spiritual side of marijuana

Like Brother Lawrence, Acevedo Butcher said, her students seek inner peace in a world ridden by anxiety and PTSD. “In the face of political instability, hate crimes and division, they are so open to wisdom,” she said. And, in translating mystics like Brother Lawrence, she sees herself as giving wisdom a refurbished stage and fresh microphone.

“Translation isn’t something I do only intellectually,” she said, “I hope it will be food for new conversations.”

News
He claimed white Jews gained from white supremacy. Now he’s more popular than ever.
Follow us on Facebook!
Submit your photos to RNS