(RNS) — A Jewish LGBTQ organization announced Tuesday (Sept. 20) that it will step in to provide funding for all student clubs at Yeshiva University after school officials suspended all undergraduate student groups rather than recognize an LGBTQ campus group, the YU Pride Alliance.

On Sept. 14, the U.S. Supreme Court ordered the Orthodox Jewish university in Manhattan to recognize the group until a lawsuit that was filed by representatives of the YU Pride Alliance in April 2021 is resolved by the New York courts.

In an email to students on Friday, the university abruptly announced it would halt student groups, saying it would “hold off on all undergraduate club activities while it immediately takes steps to follow the roadmap provided by the U.S. Supreme Court to protect YU’s religious freedom.”

The school said it plans to suspend the groups at least until after the Jewish High Holidays, which begin Sept. 25. In an email to Religion News Service, a YU spokesperson said: “Our lawyers submitted the briefs on Friday as directed by the US Supreme Court. We anticipate a quick conclusion in the courts and the start of clubs soon.”

“If YU is going to turn this crisis on the queer students, then the leading organization serving queer Orthodox youth can stand up and say: We have all of your backs and none of you will suffer because of how YU is treating its queer students,” said JQY Executive Director Rachael Fried in a press release. 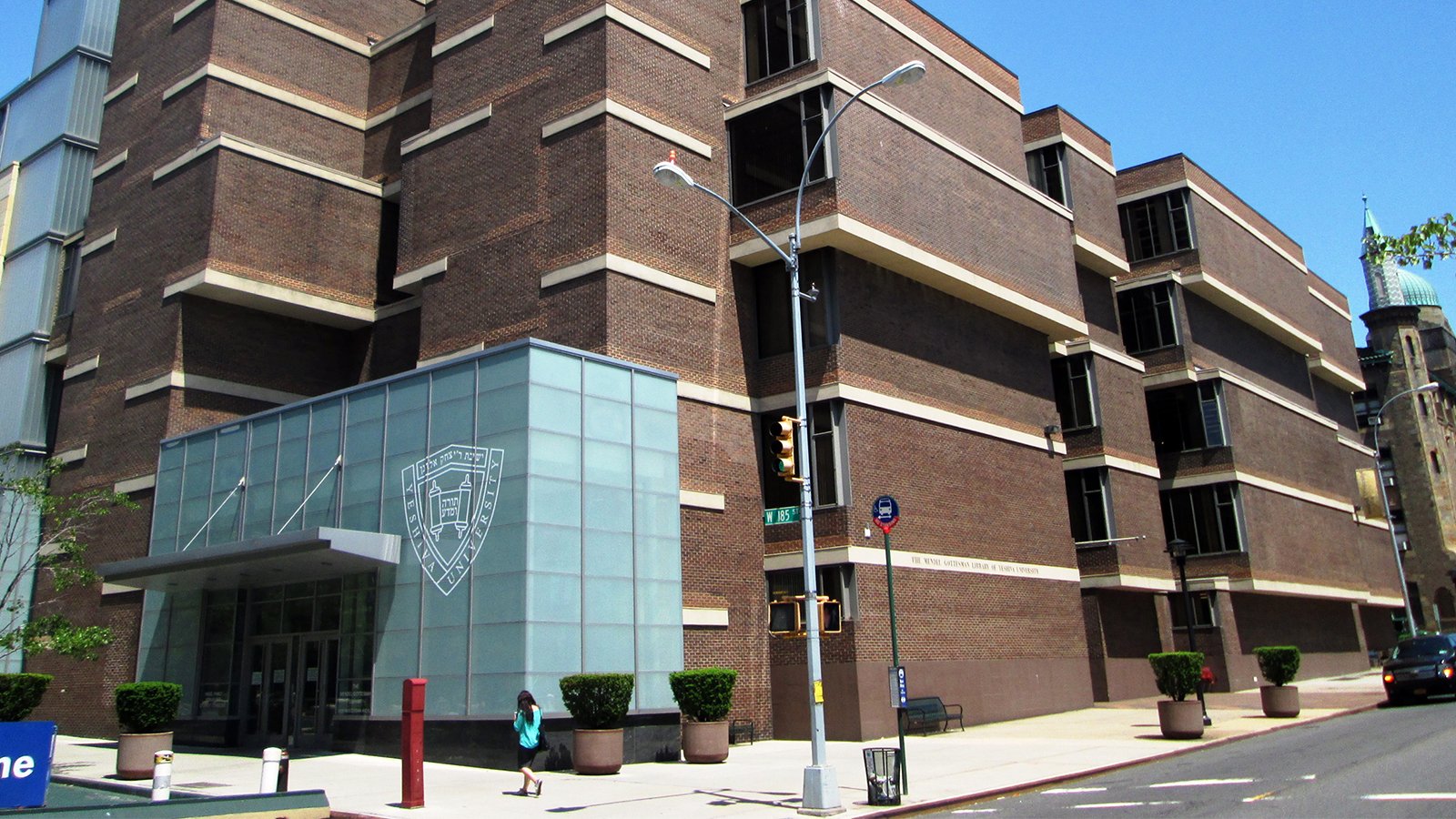 The Mendel Gottesman Library at Yeshiva University in the Washington Heights neighborhood of Manhattan, New York. Photo by Beyond My Ken/Wikipedia/Creative Commons

JQY, a nonprofit for Orthodox Jewish queer youth, has been supporting the YU Pride alliance since its inception in 2019. Several of the nonprofit’s leaders, including Fried, are YU alumni. Since spring 2021, YU Pride Alliance has been at the center of a legal dispute over whether the Orthodox University must recognize the LGBTQ undergraduate student group.

“Every faith-based university in the country has the right to work with its students, including its LGBTQ students, to establish the clubs, places and spaces that fit within its faith tradition,” Rabbi Ari Berman, president of Yeshiva University, said in a statement to RNS.

Yeshiva University hosts 87 student groups organized around everything from baseball analytics to zoology. Groups can apply to JQY for funding on JQY’s website and can receive up to $500 per event. JQY plans to raise $10,000 in the next two months to support this initiative and will continue to fundraise if the groups are not soon reinstated.

The student group argues that because the school amended its charter in 1967 to become a primarily educational rather than religious institution, it cannot discriminate against an LGBTQ group.