(RNS) — Dozens of nonreligious women are gathering this weekend in Chicago for “Women of Color Beyond Belief” to discuss the effects of Christian nationalism and the overturning of Roe and to showcase the voices of younger generations who are increasingly rejecting religion.

The conference, which began in 2019, comes as recent surveys show an explosion of Americans who are religiously unaffiliated — up 10 percentage points in a decade. As of 2021, nearly 3 in 10 Americans are unaffiliated (29%), compared with 19% in 2011. Many are young people: Some 35% of younger millennials are unaffiliated.

Commonly referred to as “nones” (for their “none of the above” reply to questions about their connections to faith communities), religiously unaffiliated people cover a wide range of beliefs, comprising atheists, agnostics, humanists and secularists.

To Sikivu Hutchinson, an atheist activist and a core organizer of the conference, it’s important to understand “what are the catalysts for that rejection (of organized religion) within Gen Z communities?”

Secular and atheist spaces have long been largely white and dominated by men. This leaves a lot of concerns out of the conversation, said Hutchison. She believes it’s crucial to center women of color, particularly Black and Latina voices, and to give center stage to issues such as reproductive rights and what Hutchinson regards as an assault on LGBTQ rights, critical race theory and anti-racist education.

“It cannot all be focused on church and state separation. That’s not going to work for people of color, specifically women of color,” said Hutchinson, who more than a decade ago founded Black Skeptics Los Angeles.

As data show that Black and Latin American “nones” are growing, Hutchinson said they’re trying to “debunk those stereotypes about who secular folks are.”

Presented by the LA-based Black Skeptics Group, the Atlanta-headquartered Black Nonbelievers and South LA’s Women’s Leadership Project, this year’s conference theme is “Hands off our Bodies!,” emphasizing the collective’s commitment to reproductive rights and contraception.

Among the speakers are Charis Hoard, a secular activist who will be leading a presentation on American religious extremism in public policy and society; Suandria Hall, a mental health counselor whose practice, My Choice My Power Counseling, focuses on life transitions and religious trauma; and Karina Quintanilla, who in 2020 was the first Latina elected to the City Council in Palm Desert, a Riverside County city in Southern California.

For Bridgett “Bria” Crutchfield, a main organizer of the convening, the gathering serves as a lifeline for nonreligious women in rural areas “where they don’t have outreach available to them.”

“Being able to come out and commune and congregate with like-minded women, it reaffirms that you’re not alone, because oftentimes, this is a lonely journey,” Crutchfield said.

While the number of religiously unaffiliated is on the rise, people of color in the U.S. are still more likely to be religious than white Americans. Data show that 49% of white Americans have said religion is very important in their lives, compared to 59% of Latinos and 75% of Black Americans who said the same. 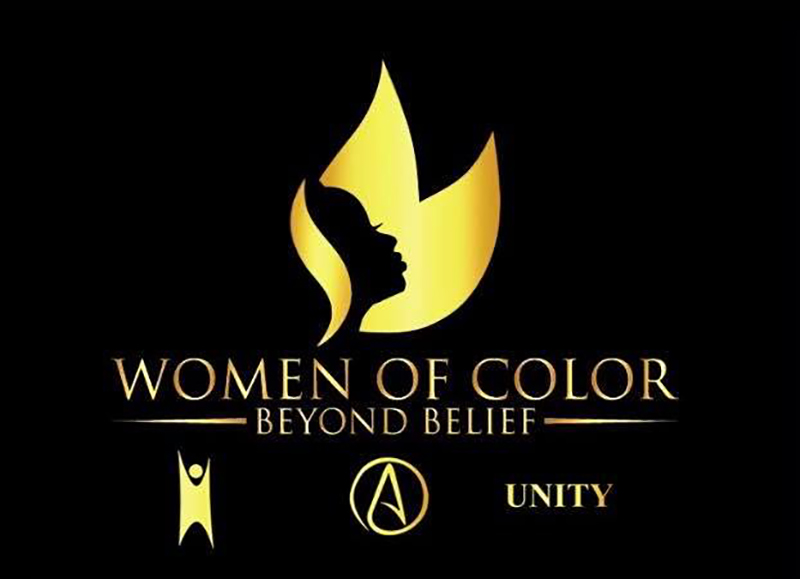 Crutchfield, who was raised Jehovah’s Witness and later began attending an Apostolic Pentecostal church, left Christianity as an adult. She was stripped from a leadership position after questioning the church’s financial structures. She was also disturbed by how her pastor characterized a church member’s death from breast cancer as her “final healing.” Crutchfield wondered, “There’s levels to healing?” Crutchfield turned to the Bible after leaving the church but found herself disagreeing with much of the Scripture she was reading.

She sought secular spaces when she began to embrace atheism. “I had a lot to learn,” she said. She wound up creating a group for minority atheists and eventually established the Detroit-area affiliate of Black Nonbelievers.

These are the kind of life experiences that Belen Padilla, 19, a student at Scripps College in Southern California, is eager to learn more about at the conference. Padilla, a Mexican American who identifies as queer and atheist, grew up in a Catholic household and said most atheists she knows are white. Padilla is a recipient of the Black Skeptics’ scholarship fund.

Padilla recalls using Google at a young age to ask, “Is it OK to not believe in God?”

For Padilla, being queer and atheist are thought as going against her culture. “It’s very hard for people to understand where I come from,” she said.

Kaylin Nelson, 18, a student at the University of Central Florida, said getting to know others who didn’t grow up in a religious Christian household like hers “has restored my faith in humanity.” Nelson was sexually assaulted at church at a young age and said she saw “a lot of protection of abusers” as well as people “putting the blame on God.” That pushed her away.

Nelson, who also received a scholarship from Black Skeptics’ scholarship fund, is learning more about her secular identity and said that partaking in Women of Color Beyond Belief has shown her ”there’s a lot more out there.”

“It kind of inspired me, seeing that there are people who still believe in doing good, not in the name of God, but just because it’s the right thing to do,” said Nelson.

Mandisa Thomas, who wasn’t formally raised in any church, is one of them.

Thomas, the founder and president of Black Nonbelievers, said she was raised with a secular perspective and was exposed to different religions such as Christianity and Islam. She was indoctrinated into the Black conscience community and early on learned about racism and injustice.

While Thomas mostly saw herself as spiritual, not religious, she began to better understand her identity as an atheist humanist around her mid-30s.

To Thomas, a core organizer of the conference, it’s crucial, as nonreligious people of color, to openly speak about Christian nationalism and reproductive justice because they are directly impacted by these issues.

“We advocate for an evidence-based approach to what we do in life. … Our perspective is that this is the world we live in. We have to make sure it’s a better place for ourselves and for future generations,” Thomas said.