(RNS) — In the twilight of his 99 years, the Rev. Billy Graham met with Duke Divinity School historian Grant Wacker, who was writing a biography of the famous evangelist.

Graham leaned over at one point and, according to Wacker, asked the him, “’Do you think the archives at Wheaton are well run?’” I said, ‘Yeah. They are,.'” Wacker told RNS. “He said, ‘That’s good.’”

History was on Graham’s mind. Conscious that his legacy after his death would depend on how future generations saw him, he saw the need to preserve and maintain the record of his work.

On Monday, (Nov. 7), the birthday of the late evangelist, a new archive opened nearly 800 miles south of Wheaton College, in Charlotte, North Carolina, Graham’s birthplace. The 30,000-square-foot state-of-the-art research center brings together videos, cassettes, films, newspaper clippings, sermon notes, correspondence and a lifetime of memorabilia from Graham’s career, which began with a sermon at a Florida Baptist church in 1937.

A year after Graham’s death in 2018, the Billy Graham Evangelistic Association announced it was moving the archive from the highly regarded Billy Graham Center Archives at Wheaton, Graham’s alma mater. For the intervening three years the archival materials have not been available to researchers. 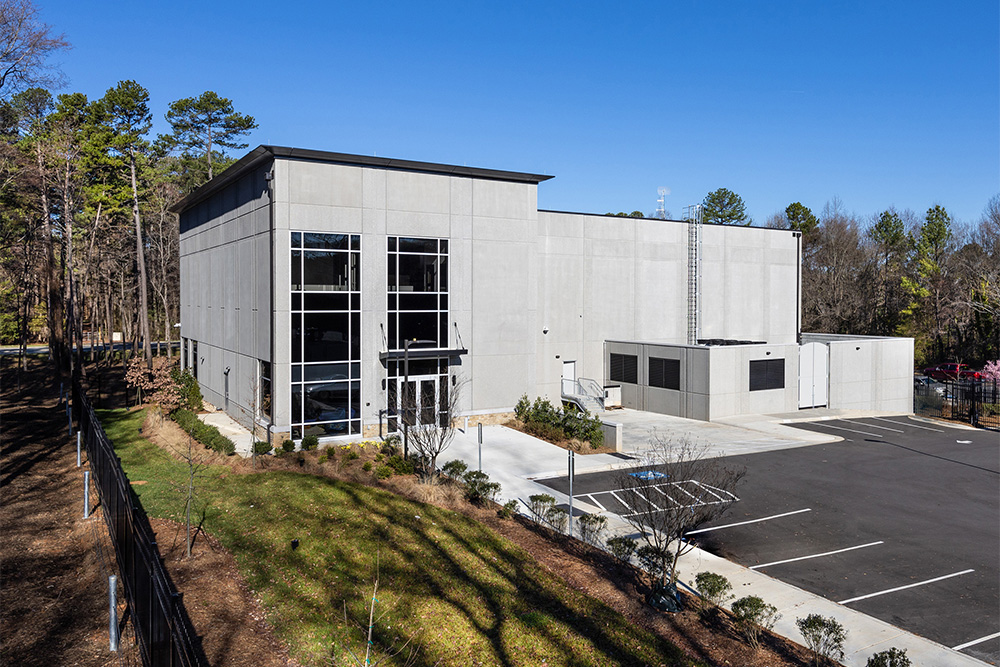 The new two-story building, constructed with the latest preservation standards and environmental controls, cost $13 million. It unites all of Graham’s records — not only from the Wheaton archive but from Minneapolis, where he started his formal ministry, and from Montreat, North Carolina, where Graham and his wife lived for decades in a log-cabin-like home.

The archive houses audio-visual records on the first floor and papers, including sermons, correspondence and memorabilia, on the second. The building is located across the road from the Billy Graham Library, the barn-shaped museum on 20 landscaped acres where visitors can trace Graham’s journey through multimedia presentations and interactive kiosks.

“Franklin Graham committed resources to make sure it’s a robust and well-organized authentic archive center,” said David Bruce, executive director of the archive, speaking of Graham’s son and successor, who is now president and CEO of the Billy Graham Evangelistic Association.

Bruce, who spent 25 years at Billy Graham’s side as his executive assistant, is joined at the archive by 13 others hired to staff the archive, among them eight full-time employees.

Unlike the library, the archive is not open to the public. Researchers must schedule a visit through the website. When the BGEA announced it was moving the archive from Wheaton to Charlotte, many scholars feared the move was a bid by Franklin Graham to control his father’s legacy and possibly deny access to the archival materials to scholars and others who don’t share his views on conservative political and theological agendas.

Bruce denied that and said all researchers were welcome.

But he also said the main purpose of the archives is to further Graham’s ministry.

“While we’re open to everybody, our key market is people wanting to learn what God has done and can do in the future that might encourage a young man or woman to take up the same task: a proclamation of evangelism,” he said.

Graham’s archive in Wheaton was visited by more than 19,000 scholars, journalists and other researchers during its nearly 40 years there.

The Charlotte archive will also be a crucial stop for many academics. Graham is important not only to future evangelists but to scholars of all fields, including scholars of American politics, said Heath Carter, professor of American Christianity at Princeton Theological Seminary.

“There’s wider interest in evangelicalism and an acknowledgment that the trajectory of white evangelicalism in the mid- to late-20th century had really significant implications for American politics,” Carter said. “He was a key figure in a movement that would become a strong base of support for the likes of Donald Trump.”

Graham’s views on race and gender and his international reach are also being reexamined.

For now, Bruce said, the first researcher to visit the archives will be a Ph.D. student at Southwestern Baptist Theological Seminary in Fort Worth, Texas, who is studying Graham’s reach to the former Soviet bloc.

On Monday, reporters were invited to tour the building. It opens to researchers on Tuesday. News analysis
Deconstruction or reconstruction? Pastors discuss a reboot of evangelicalism.
Follow us on Facebook!
Submit your photos to RNS