(RNS) — In the days after the 2022 midterm elections, Nate Cohn, the New York Times’ chief political analyst, explained why the Republicans’ shellacking even in congressional districts where they normally dominated had caused him to mistrust the Times’ own numbers before the vote.

“We did a poll of Kansas two weeks before the election there, and we found a Democrat up 14 points in a district that Biden won by just four” (in 2020), Cohn said on the Times’ podcast, The Daily. “After the last few years of polling error, how couldn’t we look at that and think that this was probably a polling error happening yet again? It decreased my confidence in our polling.”

The polls were correct, however; the Kansas Democrat in question won by 12 percentage points, part of a national pattern in which Democrats exceeded expectations. Nowhere did they do so more than in states where abortion was — or in Kansas’ case, had recently been — on the ballot.

Democrats’ fortunes were no doubt improved this November by a number of factors: the House of Representatives’ Jan. 6 committee kept democracy on voters’ minds. An attack on Nancy Pelosi’s husband, followed by unsympathetic Republicans’ jokes about it, might have soured others. Gas prices stabilized and the economy showed signs of strengthening just as we went to the polls, undermining GOP gloom about inflation. Poor candidate quality, even the looming prospect of Donald Trump’s renewed presidential run, appears to have cost Republicans votes.

But abortion politics’ role is undeniable: In Michigan, Vermont and California, measures relating to abortion were won by the pro-choice side. Even in Republican-friendly Montana and Kentucky, pro-life policies failed. The rout had been presaged by Kansas’ anti-abortion referendum vote in August, which apparently continued to influence the vote in November. 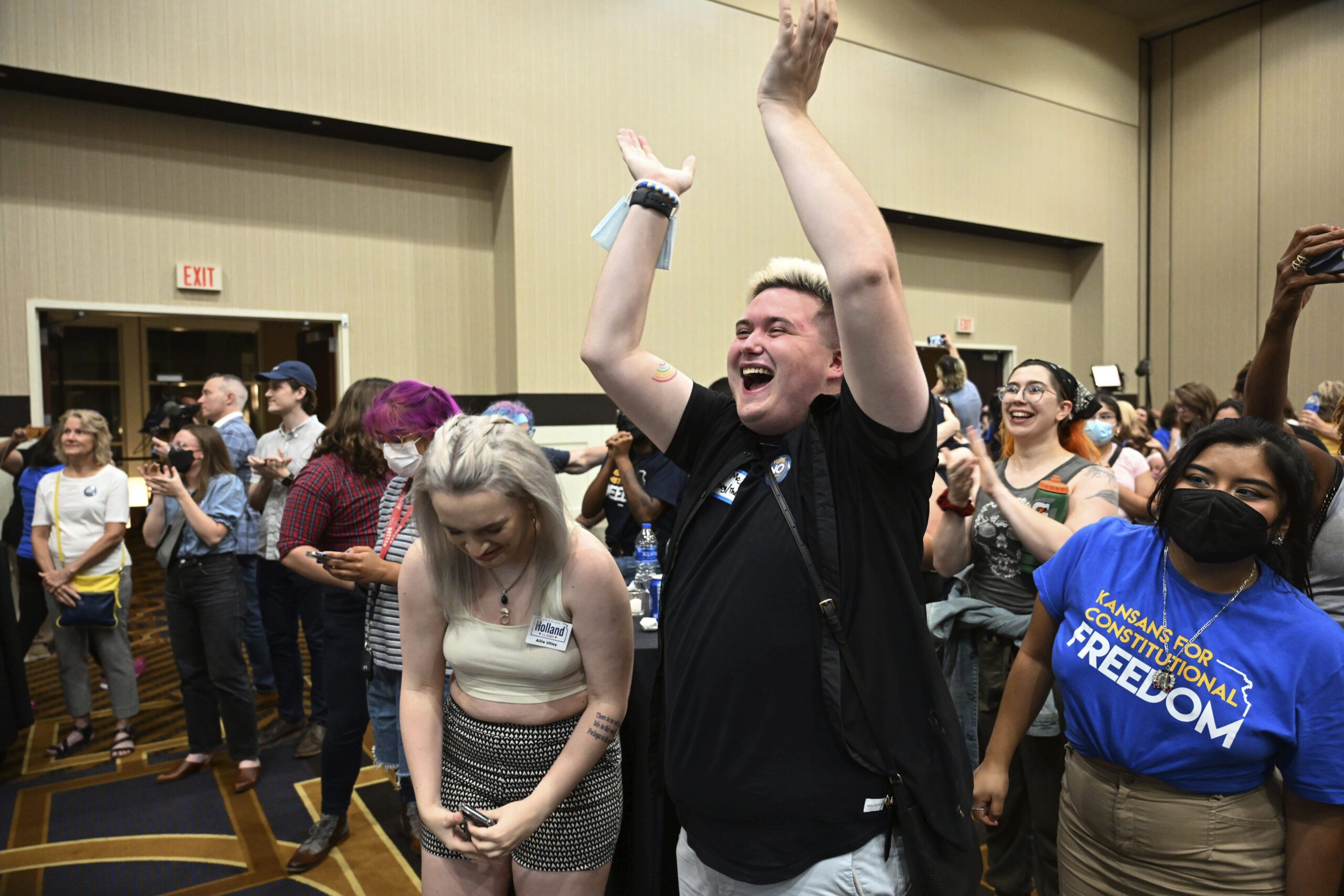 Younger voters, particularly female members of Gen Z, appear to have formed a firewall for the Democrats, built on their opposition to abortion restrictions. “The new exit polls show that 47% of female voters felt angry about that decision, and 83% of those women voted for a Democratic candidate,” wrote the Brookings Institution’s William H. Frey recently.

According to another study out of Tufts University, “Young people care deeply about a wide range of issues, but data shows abortion was their top concern and had the biggest impact on their vote.” Younger voters “had one of their highest turnout rates ever in a midterm” and supported Democrats overwhelmingly. No wonder, as unusually high numbers of women had registered to vote in several states.

It seems we can agree that this group’s strong reaction to the Supreme Court’s overruling of Roe v. Wade in Dobbs v. Jackson Women’s Health Organization is evidently what flipped the expected election results. The failure of Republicans to gain a majority in Congress, much less the absence of a “red wave,” shows the limits of evangelical Christians’ strategy of making abortion illegal by putting a conservative majority on the Supreme Court.

But the strategy has deeper and likely longer-lasting effects than who controls the House or Senate. Younger evangelicals are clearly rejecting their evangelical parents’ politics. Growing numbers of young evangelicals and former evangelicals are questioning or rejecting the movement’s teachings on a range of social issues, including sexual abstinence (so-called “Purity Culture”), LGBTQ equality, patriarchy, racism and climate change. They are more politically liberal than their parents and are “losing interest in the culture war.”

For some time now, “younger white evangelicals have become more permissive of abortion, (even as) older ones have moved in the opposite direction,” supporting more and more stringent abortion bans.

As a scholar of religion, I have long believed that pursuing a political strategy to change the Supreme Court has deformed evangelicalism, making it a political movement more than a theological one. When evangelicals supported Donald Trump by more than 80% in 2016, some students of the movement were surprised. How could the party of “Family Values” support a man who has five children by three different women? How could they continue to support him even after hearing him laugh about grabbing women by their private parts on the “Access Hollywood” tape?

RELATED: Faith groups weigh the impact of abortion on the midterms

If pundits had missed the signs that evangelicalism had traded its core theological values for political gains, its younger members seem to have figured it out.

Now, many young people are rejecting the label evangelical altogether, with some declaring themselves to be exvangelicals. Having lost sight of the core meaning of their movement, evangelicals are losing their children, first as voters, then as co-religionists.

What does it profit a movement if it shall gain the entire Supreme Court, and lose its own children?

(Valerie Cooper is an associate professor of religion and society and Black church studies at Duke University. The views expressed in this commentary do not necessarily reflect those of Religion News Service.)