(The Conversation) — Yeshiva University, the storied modern Orthodox Jewish university in New York City, is in the midst of a legal battle over its refusal to recognize the YU Pride Alliance, an undergraduate club.

While YU does not object to LGBTQ students’ presence, it claims that the club is inconsistent with Jewish teachings. The Pride Alliance sued the university for discrimination in 2021, and YU countered that being required to give the club official status would violate religious freedom.

As the legal case drags on, YU made a move that outsiders may find puzzling. In October 2022, it launched a university-sanctioned alternative LGBTQ club. Calling it Kol Yisrael Areivim, the administration touted this initiative as a compromise balancing Jewish law and YU’s values with students’ needs for a safe space.

The controversy showcases longstanding resistance to LGBTQ acceptance in many parts of the Orthodox Jewish world. Yet YU’s decision to found its own club is, in and of itself, a sign of slow change.

I am an ethnographer whose research focuses on gender, sexuality and religion, especially in Judaism. Ideas about LGBTQ inclusivity have been rapidly evolving and diversifying since the turn of the 21st century, as I document in “Queer Judaism,” my forthcoming book about homosexuality and Orthodox Judaism in Israel.

The phrase “Orthodox Judaism” can refer to a wide array of traditions. One of the most significant divides is between “modern Orthodoxy,” whose adherents follow traditional Jewish law but are integrated into secular society, and Haredi or “ultra-Orthodox” Jews, who are more segregated and claim that their interpretation of Judaism is more authentic.

Jewish law assigns many religious responsibilities on the basis of rigid gender categories, male and female. Most Orthodox Jews maintain that the Bible forbids homosexual relationships and identities, and emphasize that only marriages that consist of a husband and wife are consistent with Jewish tradition.

The dozens of gay, lesbian and bisexual Orthodox Jews I interviewed candidly spoke of the indignities they encountered trying to fit into these expectations: experiences of shame, secrecy, denial, repression, family drama and spiritual harm. Some had been kicked out of educational institutions, felt unwelcome in synagogue or wrestled with depression and even suicidal thoughts.

Many had seen their life plans shatter, or weathered crises of faith and a yearning to be “normal.” One anonymous contributor to a Facebook page for religious LGBTQ people wrote that to be an Orthodox gay person is “to be afraid of yourself. To hate yourself. To be sure that under the mask there’s a monster and hope that it will never be revealed.”

One man I interviewed was advised by a rabbi to “meet a delicate woman to show masculinity, study lots of Torah, work out. … He promised that eventually I will be attracted to a woman … fall in love, marry.” Many described harmful “therapeutic” interventions. One woman’s parents insisted that “there’s a treatment for this. There are psychologists who can help … It’s not something you’re born with, you’re not a lesbian. So if you want that will be your choice.” Research has found that so-called conversion therapy to “overcome” same-sex attraction is ineffective and likely to cause significant harm. 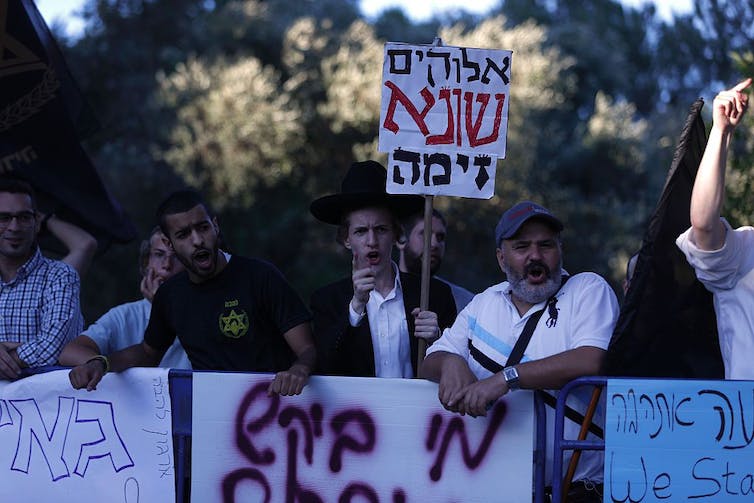 A protest against the Gay Pride parade in Jerusalem on July 21, 2016.
Ahmad Gharabli/AFP via Getty Images

Some Orthodox leaders’ views reflect a vociferous hatred of LGBTQ people – such as the far-right Israeli political party Noam. Others, including at YU, walk a tightrope between what they claim to be correct Jewish tradition and the needs of LGBTQ people to have a safe space to discuss their struggles.

But the once-ubiquitous stance that Orthodox Judaism is incompatible with LGBTQ identities has been replaced in the past two decades with a more pluralistic stance. Within modern Orthodoxy, more Jews recognize LGBTQ individuals as full-fledged members of their communities. The reality is that 21st century Orthodox Jews are increasingly aware and accepting of their LGBTQ children, siblings, friends and co-congregants.

My book documents a vibrant, proud LGBTQ Orthodox community in Israel that began in anonymous chatrooms and backrooms in the early 2000s, but is now out in the open. Organizations like Shoval, in Israel, or Eshel, in the U.S., try to nourish understanding of LGBTQ Jews’ challenges and advocate on their behalf. In addition, LGBTQ clubs have operated successfully in Orthodox-affiliated and modern Orthodox-dominated universities such as Bar Ilan and Hebrew University in Israel. Even at YU, an LGBTQ club has operated in the law school for several years.

Moreover, families are now far more accepting of their LGBTQ children. Whereas in the past, stories of being distanced from one’s family and community had been common – some families would even “sit shiva,” a Jewish mourning ritual for the dead, if a child came out – this is less often the case. 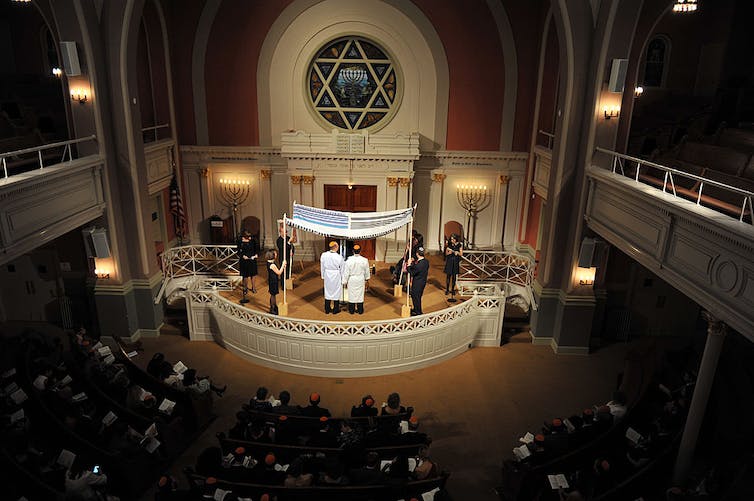 In 2010, dozens of rabbis in the U.S. and Israel added their signatures to an ethical code with several key guidelines. It distinguished between homosexual orientation and practice, and clarified that Jewish law does not specifically prohibit the former. It also characterized mixed-orientation marriages, where one partner is straight and another gay, as a moral injustice, and subtly discouraged conversion therapy.

In 2016, the progressive modern Orthodox Beit Hillel organization issued a policy paper urging Orthodox Jewish communities to accept their gay and lesbian members without prejudice. More recently, a handful of rabbinic authorities such as the Israeli rabbi Benny Lau have taken acceptance a step further, arguing that Jewish law may in fact be compatible with some forms of same-sex and other alternative unions and families. A small but growing contingency of American Orthodox rabbis have even officiated same-sex weddings.

As the YU case makes clear, not all Orthodox Jews accept many of these positions. But given the rapid developments of the past decade, the university likely saw no choice but to offer its students an olive branch – and beyond YU’s campus, I believe more change is on its way.

(Orit Avishai, Professor of Sociology, Fordham University. The views expressed in this commentary do not necessarily reflect those of Religion News Service.) 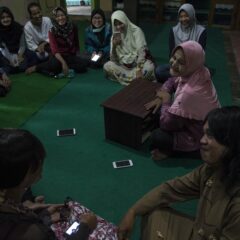 Religion Hub
For Indonesia’s transgender community, faith can be a source of discrimination – but also tolerance and solace