(RNS) — When Andre Audette first arrived at Notre Dame for grad school, he got a brochure about living in South Bend, Indiana.

While Audette ignored the brochure’s advice — choosing a different parish altogether — the link between church shopping and politics stuck with him.

“I found that kind of fascinating,” said Audette, now an assistant professor of political science at Monmouth College in Central Illinois.

RELATED  Scholar: America is still reacting to the religious right, in more ways than one.

Audette is co-author of a new study on the role politics plays in finding a church, published in “Religion and Politics,” a journal of the American Political Science Association. The study — based on a survey of 2,000 Americans — found about half of those surveyed said they had gone shopping for a new church. The survey also found about 1 in 10 Americans (11.1%) said they’d left a church for political reasons, with another 7% saying they’d “seriously considered” leaving their church over politics.

Evangelical Christians (81%) were most likely to have shopped for a new church.

Mainline Protestants, which Pew described as “white, non-evangelical” Christians, were split — with 43% voting for Biden, 57% for Trump. 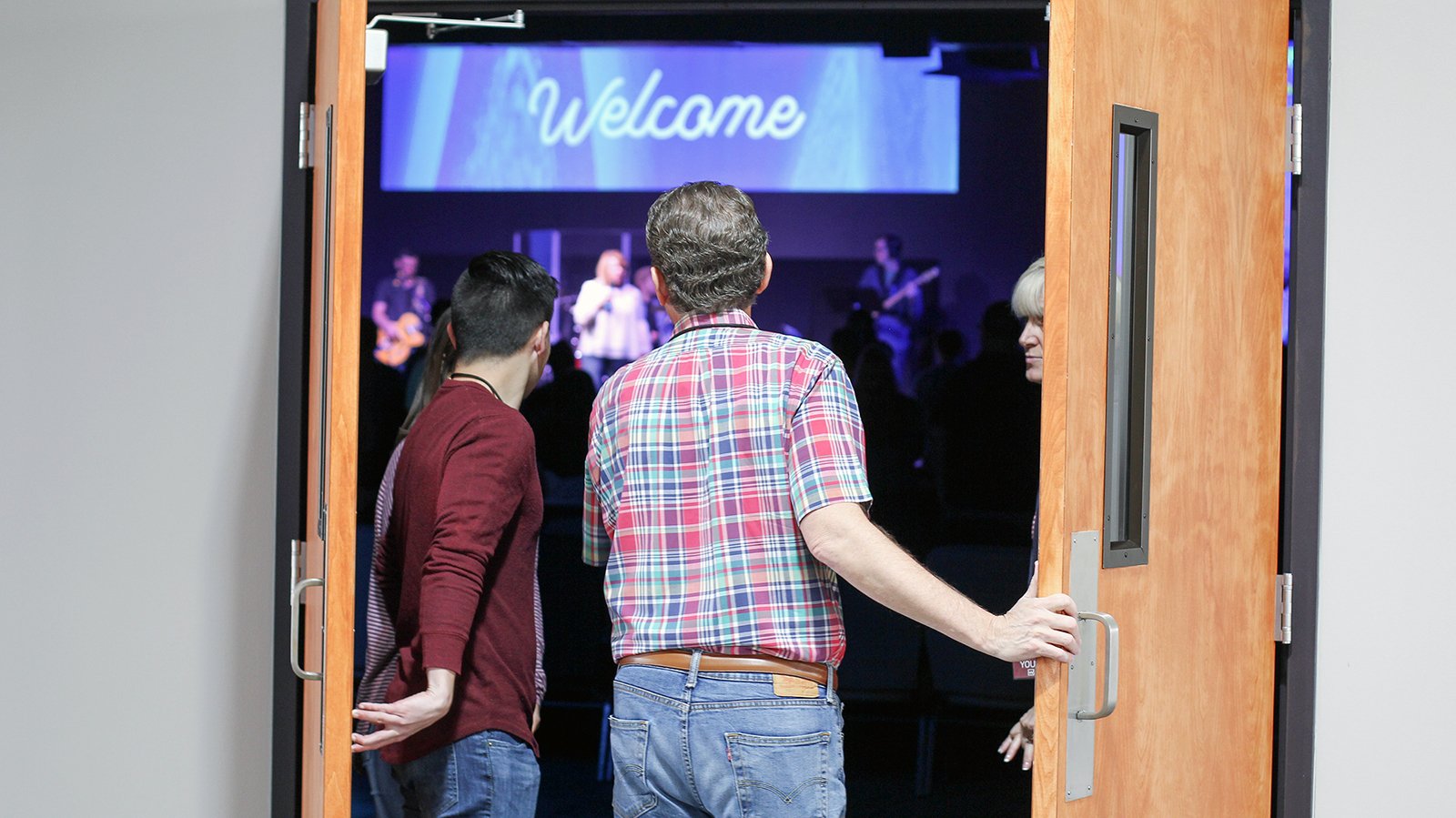 When they are shopping for a new church, evangelicals go looking for another conservative evangelical church like the one they left, where most people vote Republican, said Audette.

“Democrats are mostly just leaving the more liberal denominations,” he said. “It’s a hard time to be a mainline Protestant right now.”

The study in “Religion and Politics” was based on survey data collected in 2017. Audette suspects that political polarization has gotten worse since then, especially due to the COVID-19 pandemic, which likely intensified the role politics plays in congregations.

Audette, who is Catholic, said he’s seen polarization affect both Catholic parishes and Protestant churches, turning congregations into the same kind of echo chambers that can be found in other parts of American culture. “We are starting to see churches that are really formulating their identity around these political ideals,” he said. “That’s really harmful, because it used to be the case that when you’d go to church, you’d sit next to someone who’s a Republican, someone who’s Democrat, and you’d get a little bit of cross-cutting discussion going,” he said. “That’s not happening anymore.”

Scholars such as Ruth Braunstein at the University of Connecticut have argued that the rise of partisan politics, especially by the religious right, has helped fuel the decline of organized religion and the rise of the nones ­— Americans who claim no religious identity. About 3 in 10 Americans now would be considered nones, according to Pew Research. In the book “Secular Surge,” which looks at the nation’s growing secular population, the authors argue that conservative politics has made some Americans “allergic to religion.”

A recent survey from Lifeway Research, an evangelical research group, found that half of Protestant churchgoers agreed with the statement, “I prefer to attend a church where people share my political beliefs.” That same survey found that 55% of Protestant churchgoers said people in their congregation shared their political beliefs, while only 23% said people in their church held different beliefs.

Pew Research found in 2016 that about half (49%) of Americans have looked for a new congregation at some point in their life. The most common reason was that they moved (34%), got married or divorced (11%) or disagreed with clergy (11%). That study found that the quality of sermons (83%), a warm welcome (79%), the style of worship (74%) and location (70%) had the most impact when choosing a new house of worship.

Audette, who co-authored the study with Shay R. Hafner, one of his students at Monmouth, has argued in the past that politics may be good for some churches, driving up attendance, but can be bad for religion. In a 2016 article, based on a previous study, he and co-author Christopher Weaver compared the mix of religion and politics to American fast food — which tastes good but is not good for you.

“Although the overall number of fast food consumers continues to shrink, the most successful chains can gain more of the remaining consumers by doubling down on the very practices that are shrinking the market,” they wrote. “Similarly, a church’s political activities may do little to change the public image of religion in the U.S., but they do make the church more appealing to those who still attend church.”

The appeal of politics to churchgoers puts pastors in a difficult spot, he said, something he hopes to study in the future. The very things that may help their church grow could turn away those outside the church.

“Do you double down on the people that are interested in conservative religion and politics and just try to appeal to them?” he said. “Or do you try to open it up, engage some topics that might be uncomfortable for people? That’s a really hard decision to make.”

RELATED: “Allergic to religion”: Conservative politics can push people out of the pews, new study shows