There’s a massive religious shift occurring in America, as one of the world’s most religious nations becomes more secular every year.

In Secular Surge: A New Fault Line in American Politics, political scientists David E. Campbell and Geoffrey C. Layman of the University of Notre Dame and John C. Green of the University of Akron argue that the US’s secular population is larger and more diverse than previously acknowledged — and that a big part of what’s driving secularity is actually religious people’s political behavior.

In other words, some highly vocal and visible religious people are inadvertently pushing other people who don’t share their political views out of religion. 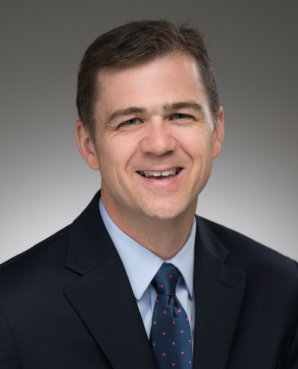 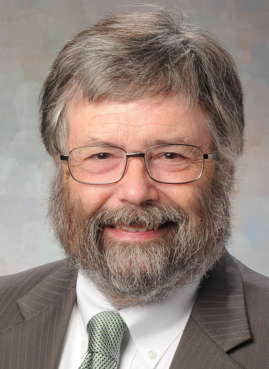 The dramatic rise of various kinds of nonreligion in the US population has been tracked by numerous surveys. This is the group of people who check “none” or “nothing in particular” when asked about their religious affiliation. They are large—and still growing.

“This is a stunning change in the American social landscape,” said Campbell, in a Zoom interview with RNS. “To put it in context, prior to 1990, virtually no Americans identified in public opinion surveys as non-religious. It was as low as 5%, which is close to the margin of error. And by the time we get to the year 2000, at that point you’re talking about 14% to 15% of the population. And now, That is a huge change. We do not typically see change of anything on that scale in a relatively short period of time.” 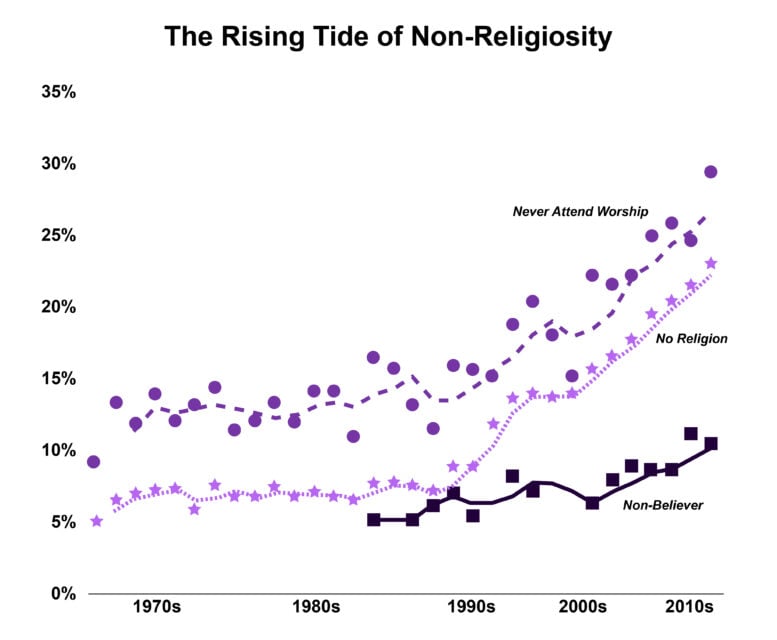 What’s responsible for this rapid change? Various studies have argued that one reason for the rapid rise of the nones is a backlash against the actions of the Religious Right, since so many people who leave religion also seem to be politically liberal. Campbell and his colleagues designed a series of experiments that could test that hypothesis: was it a coincidence? A correlation? Or was religious people’s political activism actually causing increasing numbers of Americans to vote with their feet?

The first phase of each experiment asked people to choose their religious affiliation from a list and also asked other questions about their behavior and beliefs. The second phase, given to the same respondents a week later, had them read a news story that looked realistic but was actually fictionalized. The news stories were all about examples where people had mixed religion with politics, like a clergy member who was active in politics, or a politician who repeatedly referred to his faith on the campaign trail. Then, at the end of the survey, they were given the same demographic questions as before, including the one about their religious identity.

The researchers compared how people responded to the religious affiliation question to the baseline they’d established a week earlier. For respondents who had already identified themselves as Republicans, being presented with these examples of the mixing of God-talk and politics had no effect on how they characterized their religious identity the second time around.

Democrats, however, showed a clear aversion after reading the reports about mixing religion and politics. When surveyed the second time, their rate of religious affiliation had dropped by 13 points. 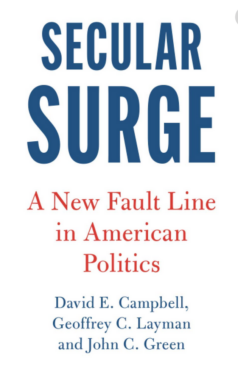 Campbell said the findings were dramatic. Just reading the news story, he said, is apparently  “enough to push a sizable number of people away from holding a religious affiliation. That’s one story at one point in time, and we can get that effect. Imagine what happens when people are exposed to hundreds of stories over many, many years. It would only reinforce that idea that religion and the Republican Party go together, and that if you’re not sympathetic to the Republican Party, you don’t want anything to do with religion.”

While most of the attention has been given to the way nones are leaving religion because of the Religious Right’s political stances on issues like LGBTQ rights or anti-Muslim immigration policies, the left doesn’t have a pass to mix religion and politics, either, Campbell said.

“I would say to churches, on both the left and the right, that if you want to bring people back to the pews, you want to stay out of politics. And that’s true of mainline Protestant churches, Catholic parishes, Jewish synagogues—any religious community. While most of the allergic reaction is against the Right, there is a general sentiment among people that they really don’t like the mixture of the two.”

Secular Surge does a deep dive into what the rise of the nones—and their demonstrated allergy to mixing religion and politics—might mean for politics in America going forward. In addition to the massive religious-secular divide in America as a whole, in which Republicans remain highly religious and most nonreligious people gravitate toward the Democratic party, there’s also an intra-party fault line that could become a problem in the near future.

“In the Democratic Party, this is a brewing storm,” Campbell said. “The secular activists are a large number of the grassroots volunteers for the Democratic Party.” But the Democratic Party has traditionally been the home of African American and Latino voters, who are often highly religious. Will the party be able to hold together in its aims, given that religious and secular voters often have very different priorities?

“Frankly, the Biden administration will be the test. Can Joe Biden manage to keep these two wings of the party together? Thus far, they have managed to tamp down any potential tensions between the religious and secular wings of the party. But I wouldn’t be surprised if in the next four years you do see more of those tensions arising.”

Biden, he noted, has been unusual in being so public about his Catholic faith, both on the campaign and in his presidency. “Here you have a candidate who is very open about his religion, but he’s heading up a party that has this strong secular wing.”

A rupture is not inevitable, he said. But preventing it will take sensitivity to divergent points of view within the party.

The age of nones may favor churches that welcome doubters

Being “godless” might be good for health, new study finds