(RNS) — “When students come back at semester breaks, that’s when the conversations really pick up,” said Jon-Michael Phillips, 35, a youth pastor at a nondenominational church in Jackson, Michigan, a city of about 31,000 between Ann Arbor and Lansing, the state’s two big college towns.

As students from the University of Michigan and Michigan State return home for the holidays, Phillips is less concerned about college football rivalries than about the political discussions he is bound to have. “Every year, students want to talk to me about things they are struggling with,” he said, “and one of the topics a few are sure to bring up is politics.”

Phillips said students often share that when it comes to LGBT issues, the environment or the Republican Party, they increasingly feel at odds with the politics they often heard from the pulpit as they grew up or what was shared at home.

As they become more politically aware and active, Phillips said, they start to question how their evangelical Christian parents and pastors have presented these issues and others.

RELATED: Bishop Robert Stearns wants to reinvent evangelicalism without leaving it behind

“The nice thing is they still want to talk and want to know what I think,” Phillips said. “The question is what I can do with these conversations.”

According to a recent report from Neighborly Faith and Springtide Research Institute, young evangelicals are highly politically engaged, and they continue to be inspired, and influenced, by pastors and other spiritual leaders at their church.

The study, which surveyed 1,989 young adults ages 18 to 25, oversampling for evangelical and born-again young adults, sought to trace who young evangelical adults are listening to in their political, social and religious lives and to provide recommendations on how spiritual leaders can best partner with them for social change. 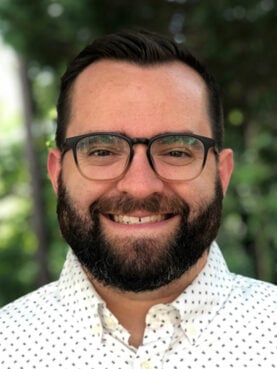 The report suggests that young evangelicals’ political activities — from community service and volunteer work to activism as well as their voting patterns or attitudes toward the “religious other” — tend to align with their religious leaders’ emphases. The study reported that among other Christians and people of other faiths, evangelical young adults were the only group to say religious texts and leaders influenced how they felt about political issues or participated in their communities.

Daniel Bennett, professor of political science at John Brown University, a private Christian school in northwestern Arkansas, and a consultant on the survey, said he sees young people coming to university with an earnest desire to make sense of the world around them and act accordingly.

Saying he was passionate about making sure students get faith-filled formation, Bennett was encouraged that young evangelicals continue to turn to pastors, Bible study leaders and other church mentors for advice on how to be politically engaged. 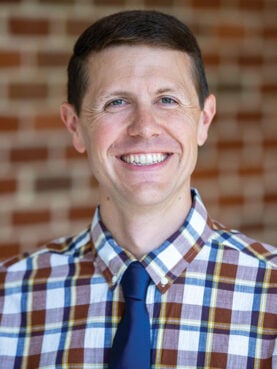 “At college, young evangelicals are disrupted in a sense,” Bennett said. “They are learning how to think, how to wade through religious, cultural and political diversity and difference.”

Young evangelicals also cited the increasing influence of people such as the conservative podcaster and radio-show host Ben Shapiro and other nonestablishment figures they find on YouTube, podcasts and TikTok. But Bennett said the influence church leaders still have “is an important opportunity for the church to take notice of.”

On certain issues, however, pastors and church leaders may find their younger members’ political opinions and emphases increasingly at odds with their own.

Shoemaker said younger evangelicals are exhausted from the culture wars around abortion rights, civil unions and immigration. Though they may maintain conservative positions on such issues, they are, “like many younger Americans, finding their commitments to diversity, equity and justice overriding them,” he said.

Since George W. Bush’s presidency, journalists have noted how evangelical youth are becoming disenchanted with their church’s politics, wanting to see their religious communities move beyond the hallmark issues to focus on things such as reducing poverty or environmental degradation. Though still conservative, young evangelicals tend to be more liberal than their elders on climate change, government aid programs and the Israel/Palestine conflict, according to studies from Pew Research Center, Barna Group and scholars at the University of North Carolina at Pembroke. 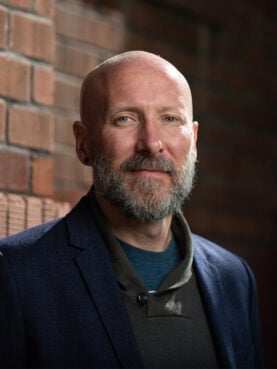 This tension may mean that younger evangelicals find a new church home or leave the church altogether. Shoemaker’s research indicates that many are rejecting evangelicalism’s relationship to the Republican Party, commitment to traditional marriage, male-dominated leadership and ideas about a divinely ordained nation.

As they reject these positions, they find communities that align with their own relationship to politics. Another recent survey, from the church ministry research organization Lifeway, found that younger churchgoers are highly likely to prefer to attend a politically homogeneous church.  Lifeway’s report said 57% of those younger than 50 wanted to be at a church with congregants who vote the same way they do, compared with 47% of those 50 to 65 and 41% of those 65 and older.

With more young evangelicals voting with their feet, Shoemaker said, “evangelical pastors and leaders will need to decide whether they maintain their positions or alter their approaches if they want to remain relevant within the American society.”

As young evangelicals wrestle with their relationship to their church’s politics and their pastors struggle to respond to the hemorrhaging, Phillips, the Michigan youth pastor, said he does not care how his students vote, but cares whether they still believe.

“I don’t want them to lose their faith over political differences,” he said. “Regardless of how they vote, that would be the worst choice they could make.”

Chelsey Doering, 34, a Lutheran writer, editor and wife of a pastor in Kingwood, Texas, who often finds her own political opinions at odds with those of her community, also values most the relationships church leaders have with young evangelicals. “We must stop stuffing people into what we perceive to be the right ‘boxes’ and listen to each other instead,” she said. “I hope that my Christian peers and I can set this example.

“Only after these relationships have been built can emotionally charged conversations about the complex political reality of our world have any real effect,” she said.

RELATED: Even Christians who are Democrats are abandoning the Social Gospel

For several years now, Doering said, she has been trying to look at divisive issues from the point of view of those she disagrees with. “Sometimes I change my mind, and sometimes I don’t,” she said, “but it still leaves me with a lasting sympathy and greater understanding for the people with whom I disagree.”

That exercise, she said, will do more than anything else to help young evangelicals better serve society as a whole.

Whether people alter their opinions or not, she hopes young evangelicals will engage the important issues, have tough conversations and “know nothing can snatch you from God’s hand.”

She said: “So, I encourage young evangelicals to listen. Think. You’ll come out kinder, wiser and more patient Christians because of it.”