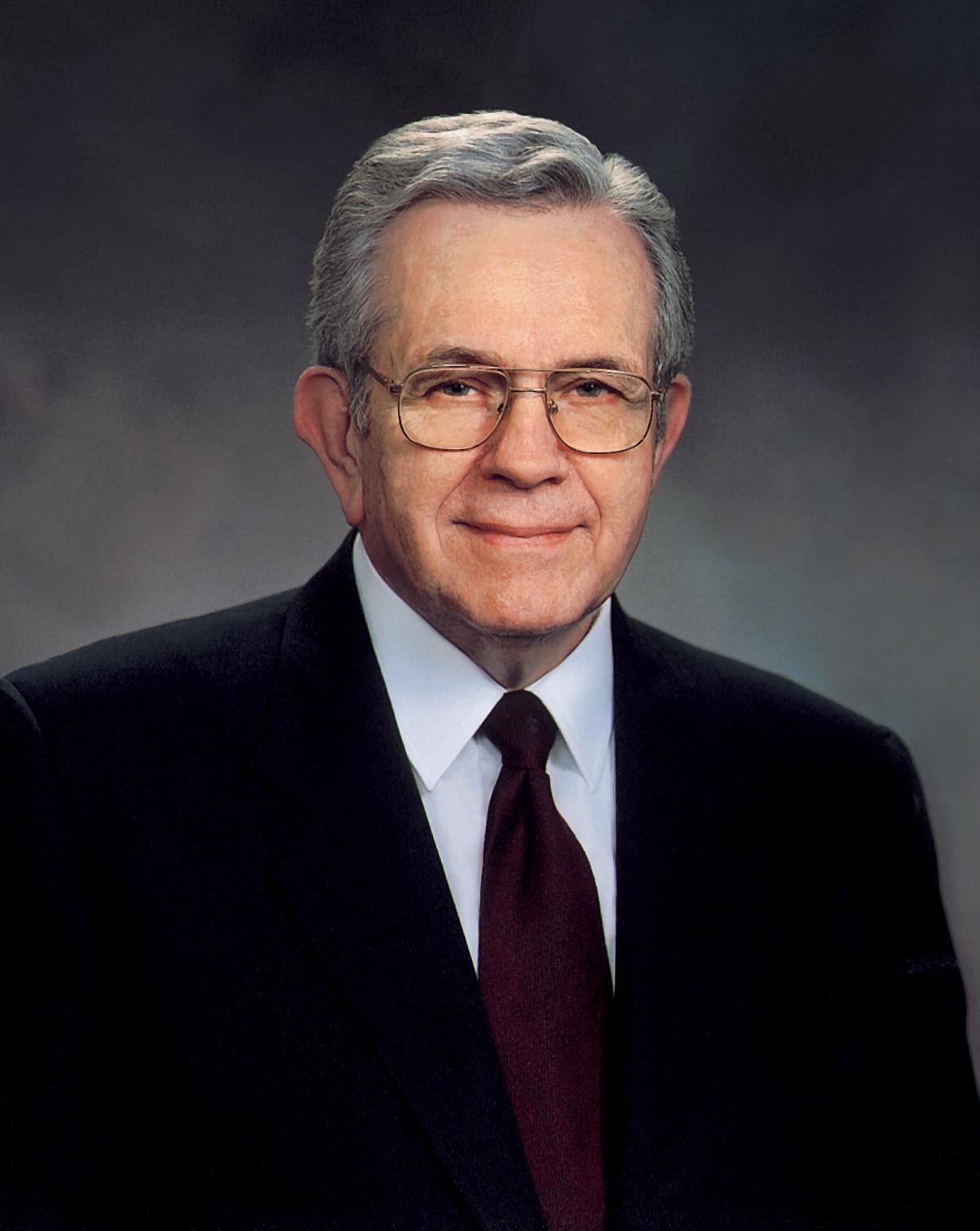 Boyd Packer is the leader of the Quorum of Twelve Apostles for the Church of Jesus Christ of Latter-day Saints. RNS photo courtesy LDS Church.

“The permissiveness afforded by the weakening of the laws of the land to tolerate legalized acts of immorality,” Packer said, “does not reduce the serious spiritual consequences that result from the violation of God’s law of chastity.”

Packer, president of the Mormons’ Quorum of Twelve Apostles and next in line to take over the church’s reins, didn’t specifically mention gay marriage, but his comments came amid controversy on the issue nationwide and a significant swing in public and political opinion toward favoring such same-sex unions.

The U.S. Supreme Court is considering two cases on the matter, one concerning whether to uphold California’s Proposition 8, which Mormons heavily backed to limit marriage to unions between men and women, and the other on the federal Defense of Marriage Act, which also defines marriage as between a man and a woman.

In addition, the Boy Scouts of America recently announced it is weighing whether to lift a long-standing ban on allowing openly gay members and leaders in the organization. The Church of Jesus Christ of Latter-day Saints is the nation’s largest sponsor of Scouting.

“Tolerance is a virtue, but, like all virtues, when exaggerated it transforms itself into a vice,” said the 88-year-old Packer, speaking from his chair rather than from the pulpit. “We need to be careful of the ‘tolerance trap’ so that we are not swallowed up in it.”

News
Supreme Court hears case pitting religious freedom against LGBTQ rights
Opinion
Barrett’s faith views go beyond even many pro-life Americans’ beliefs
Opinion
My child with Down syndrome is not a political statement — and neither is Amy Coney Barrett’s
Faith
Pope Francis’ support for civil unions is a call to justice — and nothing new
Opinion
Amy Coney Barrett’s religion isn’t the problem. It’s her record.