WASHINGTON (RNS) In nearly two hours of arguments on Wednesday (March 27), the Supreme Court heard many of the expected cases for and against recognizing gay marriage: that refusing to do so is blatant discrimination, that gay marriage is a social experiment that the court should not preempt, that Washington has no role in state marriage laws. 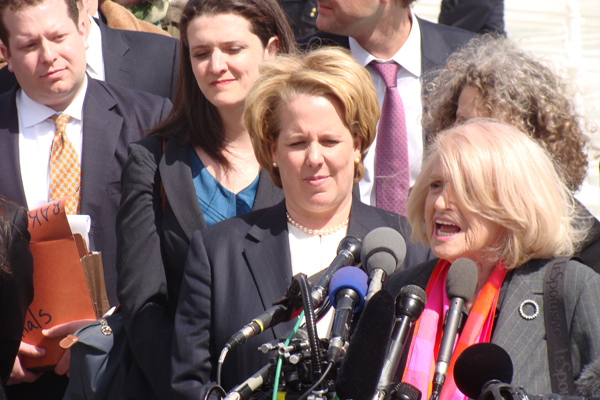 (RNS) Edie Windsor speaks outside the U.S. Supreme Court after oral arguments in her challenge to the 1996 Defense of Marriage Act. RNS photo by Kevin Eckstrom

Yet it was arcane arguments over matters of legal standing that seemed to most animate the justices, reflecting what seemed to be a desire to find a way for the court to sidestep a definitive up-or-down ruling on one of the most divisive social issues.

In short, the court — particularly its conservative majority — seemed to ask why they should hear a second gay marriage case in as many days, particularly one in which the government supports the lower court’s ruling. And the answer to that question will go a long way toward determining the outcome of a spirited national debate.

It’s not an insignificant question; the high court in recent years, especially under Chief Justice John Roberts, has used questions of legal standing to bypass definitive rulings on a number of hot-button issues, particularly church-state disputes.

There are three options facing the court in United States v. Windsor, a challenge to the 1996 Defense of Marriage Act that defined marriage at the federal level as between a man and a woman:

That third option seemed to both intrigue and flummox the justices, who grappled with the Obama administration’s decision to stop defending DOMA in federal courts. A bipartisan legal advisory group appointed by the House GOP leaders stepped in to defend the law when the Obama White House stepped out. 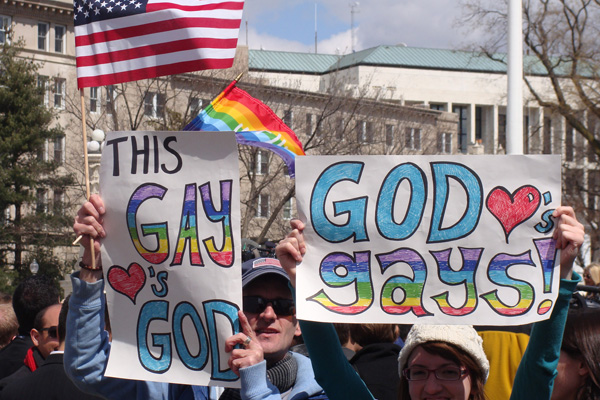 The Obama administration has agreed with federal court rulings against DOMA, even as it is charged with supporting and enforcing it. Normally the White House could only punt the case to the Supreme Court by appealing the case against DOMA, but instead it agreed that it is unconstitutional and asked the high court for a final say.

And that’s where the justices got uncomfortable — as if they had just been tasked with caring for someone else’s baby.

When and how does the executive branch get to decide which laws to support and which to ignore, Roberts asked. If Obama doesn’t support DOMA, he said, he should at least have “the courage of his convictions” and fight it through the proper legal channels or seek its repeal in Congress.

Justice Antonin Scalia peppered the government’s lawyer, Deputy Solicitor General Sri Srinivasan, on why the justices are considering a case when the government agrees with the ruling. He expressed dismay at this “new world” where the Attorney General seems to be able to pick and choose which laws to enforce. 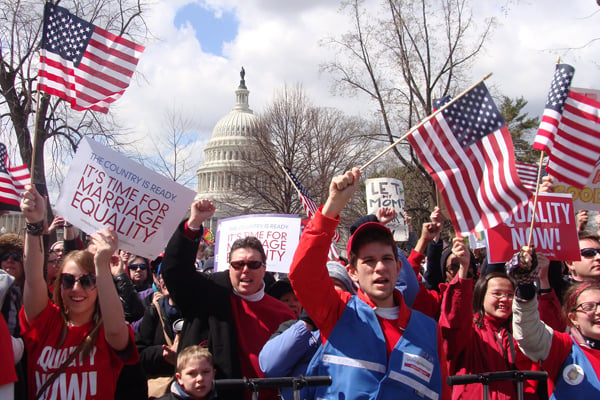 (RNS) Supports of gay marriage rally outside the U.S. Supreme Court as justices heard a challenge to the 1996 Defense of Marriage Act. RNS photo by Kevin Eckstrom.

The court’s decisive swing vote, Justice Anthony Kennedy, who has written powerful opinions in favor of gay rights before, nonetheless said he found it “very troubling” how the case arrived at his doorstep.

The court’s liberal wing, meanwhile, had its own questions about whether House Republicans have legal standing to defend the law. “From where do they derive the right, the statutory right, to take on the power of representing the House in items outside of the House,” Justice Sonia Sotomayor wanted to know, calling it “sort of unheard of.” Kennedy, too, had questions. Why did the House get to defend DOMA, and not the Senate?

If the justices decide that they have grounds to decide the case, they will be have to decide the degree of legal scrutiny to give DOMA. If a law fails to advance a government interest on a “rational basis,” opponents argue, it must be struck down. And if a law targets a minority — in this case, gays and lesbians — it must face an even higher level of judicial scrutiny.

Paul Clement, arguing for DOMA on behalf of congressional Republicans, said Congress was only interested in clarifying the federal definition of marriage as states began debates over gay marriage. The idea, he said, was to “stick with what we’ve always had” so there would be no confusion.

But the practical result, Justice Ruth Bader Ginsburg said, was two kinds of marriage: full marriage for some, and a less satisfying “sort of skim milk” marriage for others. The day-to-day results of a “skim milk” marriage, she said, were “pervasive” when it comes to hospital visitation, inheritance and Social Security benefits.

Justice Elena Kagan pounced, in one of the most dramatic exchanges of the day, pointing to a House report that accompanied DOMA’s passage that said ‘”Congress decided to reflect and honor a collective moral judgment and to express moral disapproval of homosexuality.’ Is that what happened in 1996?” 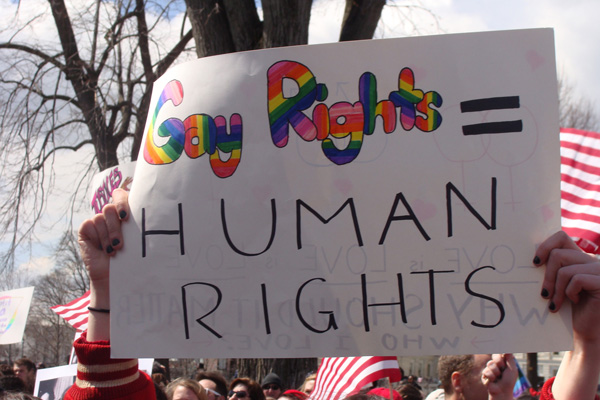 At the same time, Roberts seemed to doubt that gays and lesbians are a targeted political class deserving of greater protection. Politicians have been “falling all over themselves” to support marriage equality, he noted, and conveyed his dim view of the idea that the 84 senators who voted for DOMA in 1996 were motivated by “animus.”

Appearing to speak directly to Roberts and his desire to find a way around an up-or-down decision on gay marriage, Clement said this was a question for voters and lawmakers, not the court: