Being in academia, I hear a lot about “critique” and being “critical.”    My own understanding of “critique” is largely inspired by the writings of the late and great Edward Said.  For Said, Criticism had to be “life-enhancing”, liberatory, and opposed to tyranny:

Criticism must think of itself as life-enhancing and constitutively opposed to every form of tyranny, domination, and abuse;
Its social goals are noncoercive knowledge prodcued in the interests of human freedom. 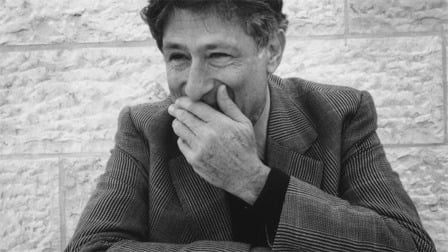 Said rightly pointed out that those who engage in social criticism have an obligation to do so not with a view towards status quo, or to support the privileged, but to stand by, with, and for those who are marginalized:

“The intellectuals representations–what he or she represents and how those ideas are represented to an audience–are always tied to and ought to remain an organic part of an ongoing experience in society: of the poor, the disadvantaged, the voiceless, the unrepresented, the powerless.” For that, I have had to turn to the teachings of Dr. King, who in his letter from Birmingham Jail addressed the White Church, and stated that he was writing out of a deep disappointment as a man of the cloth, and that his disappointment was rooted not in anger, but in a love:

for there can be no great disappointment where there is also not great love.

And I think all three are vital: yes we need to be critical.
And that critique has to be rooted in a deep and abiding love, even when the critique is rooted in a disappointment with how things are now (compared to how they should be).

And community. There is a tremendous different between positioning oneself in the very midst of a community and trying to uplift all of us, and standing on some mythical cloud and pointing an accusatory finger AT the community.

In my experience, people can and do tell the difference, and they respond very different.

Lastly, it is not enough to critique.

One must be able, willing, and committed to offering a more generous, a more beautiful alternative, and work diligently and patiently to make it a reality.
May it be that all who seek to engage in social criticism and “reforming” a community do not stop at critique, but also ground themselves in love and community.