Today marks the fifth annual International Blasphemy Rights Day. Let’s start the Recap this week with news from Iran, where blasphemers can still be executed for speaking out. 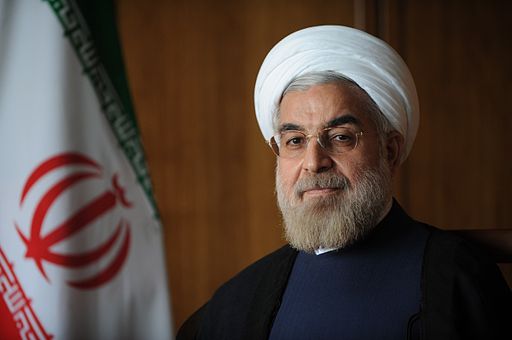 The country’s president, Hassan Rouhani, preached “tolerance and understanding” in a speech at the United Nations last week. He also called the Holocaust “reprehensible and condemnable” in an interview—big news considering that his predecessor, Mahmoud Ahmadinejad, consistently denied it even happened. Iran’s Foreign Minister Javad Zarif chipped in too, saying on behalf of Supreme Leader Ayatollah Khameini that the Holocaust “is not a myth.”

In another historic move, Rouhani and President Barack Obama reportedly discussed sanctions and nuclear disarmament over the phone, marking the first time the heads of Iran and the U.S. have directly communicated since 1979. Some angry hardliners greeted Rouhani’s return to Iran with “death to America” chants, but his supporters apparently overwhelmed the shoe-throwing haters.

Despite these positive developments, religious freedom still faces mighty obstacles in Iran. Baha’is continue to be persecuted, and American pastor Saeed Abedini remains in jail for “compromising national security” through evangelism. Obama and the Rev. Billy Graham both urged Rouhani to release the pastor last week.

Moving on from Iran, the global love fest for Pope Francis hit a snag when His Holiness defrocked and excommunicated an Australian priest, allegedly for supporting gay rights and women’s ordination. The Vatican also shut down a photo exhibit in Rome that featured same-sex couples kissing in churches.

In other LGBT news, Catholic bishops in the U.S. announced their support for the Marriage and Religious Freedom Act, which aims to protect religious institutions that oppose same-sex marriage from having their tax-exempt statuses revoked. Opponents of the new bill are worried it would allow companies to discriminate against same-sex couples.

A New Jersey judge ruled to allow gay marriage in the state, but Gov. Chris Christie vowed to appeal the decision. Whatever the outcome, a new set of rules for the military means Catholic chaplains won’t be forced to preside over same-sex marriages or funerals.

In Pakistan, authorities blocked a website aimed at gay locals, calling Queerpk.com “un-Islamic.” In case you’ve been living under a rock, religious intolerance is apparently “endemic” there.

Archbishop of Canterbury Jason Welby warned that a recent church bombing in Pakistan calls attention to mass Christian martyrdom around the world:

“We have seen more than 80 martyrs in the last few days. They have been attacked because they were testifying to their faith in Jesus Christ by going to church. That is outside any acceptable expression in any circumstances for any reason of religious difference.”

Another blast two miles from the church in Peshawar killed dozens of people on Sunday. At roughly the same time, more than 40 students at a Nigerian college were shot dead in what is assumed to be the latest attack by Islamist group Boko Haram.

A Saudi psychological consultant is claiming that most women who “drive cars continuously deliver children with varying degrees of clinical dysfunction.” Despite this ground-breaking revelation (#sarcasm), Saudi Arabia’s moral watchdog told police to stop arresting women for driving, declaring the taboo a social rather than legal restriction.

No Religious Freedom Recap would be complete without a little hijab news. A school in England came under scrutiny for allegedly forcing female staff to wear veils, making girls sit at the back of classrooms and banning fairy tales and singing. Abercrombie & Fitch changed its dress code to allow hijabs after losing a court case to a former employee the company fired for refusing to remove her veil at work.

A Russian court banned a translation of the Quran it deemed “extremist.” The country’s top Islamic cleric called the ruling “illiterate” and “provocative.”

An Egyptian court banned the Muslim Brotherhood. That’s right, it banned the country’s former ruling party. Many Egyptians are wondering who will provide critical hospital services and food subsidies after the crackdown.

It was a rough week for Sikhs in America. Columbia professor Prabhjot Singh was attacked in what appeared to be a hate crime directed at Muslims. Singh has written previously about violence aimed at Sikhs wrongly thought to be Muslims.

Wal-Mart pulled an Osama bin Laden costume from stores after the Sikh Coalition warned it could stoke “negative stereotypes about turbans and beards that have led to violence and discrimination against Sikhs and other minorities.” The American Civil Liberties Union wrote a letter condemning the mistreatment of a Sikh man who was harassed by police officers and told by a Mississippi judge to “remove that rag” from his head.

There was lots of news around education and religious freedom in the U.S., where a new study shows that college students are evenly divided between being religious, secular and spiritual.

The Kansas State Board of Education was sued for teaching evolution on the grounds that doing so promoted atheism and violated religious freedom. A school district in the state also passed a motion allowing students to pray over the P.A. system before all events.

Over in Tennessee, the Freedom From Religion Foundation warned a school district to stop praying before board meetings. The same group used passages from the Bible to “stone” heathens with water balloons as part of a cancer fundraiser in Madison, Wis.

“it’s not entirely clear that the program is legal, from the constitutional perspective. At the very least, Operation Good Shepherd, and the language around it, might understandably make First Amendment advocates nervous. The ‘outreach ministry’ is entirely funded by taxpayers.”

RNS staff headed to Austin, Texas for the Religion Newswriters Association’s annual conference, where an entire day was devoted to religious freedom. See what you missed here and read some highlights from a panel on religious liberty in the public square.

Something cool before you go—a new tool called Constitute that lets you compare the world’s constitutions by topic. Check out the religion section under culture and identity. There’s even a category for freedom of religion.

But before you nerd out on that, subscribe to receive next week’s Religious Freedom Recap by email. Just click the big blue button below.