WASHINGTON (RNS) Conservatives are rallying around a House bill designed to protect religious people who advocate for traditional marriage — a belief, they say, that is held in increasing contempt.

But supporters of same-sex marriage say the bill actually protects the discriminators — individuals and nonprofits that would deny gay people benefits or services simply because they are married to a same-sex partner. 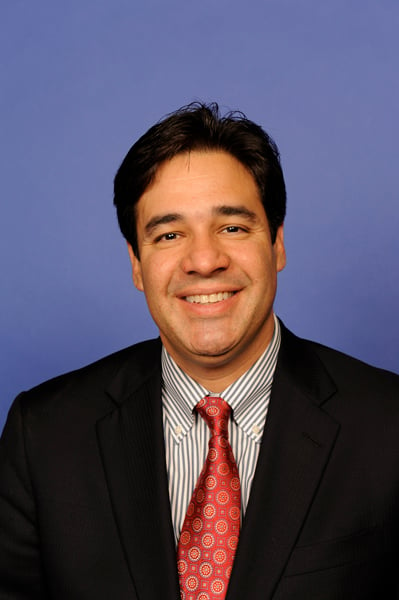 More than 60 House members — mostly (but not all) Republican — have signed on to the Marriage and Religious Freedom Act, which was introduced Sept. 19 by Rep. Raul Labrador, R-Idaho, who came to Congress in 2010 on a wave of support from the conservative Tea Party.

The bill signifies a shift in strategy for gay marriage opponents: Increasingly resigned to the reality that they’re unlikely to stop gay marriage, they’re now trying to blunt its impact by carving out explicit protections for dissenters.

“This bill affirms that a person’s religious belief in the importance of natural marriage should be treated with tolerance and respect by the federal government,” said David Christensen, vice president for government affairs at the Family Research Council, which is promoting the bill.

Labrador crafted the measure in the wake of June’s Supreme Court decision that struck down most of the Defense of Marriage Act, which had prohibited the federal government from recognizing same-sex unions. But the bill was also prompted by Internal Revenue Service scrutiny of the tax-exempt status of conservative groups — a controversy that came to a head shortly before the DOMA decision.

Under Labrador’s bill, no institution could lose its federal tax-exempt status because it promotes traditional marriage. Neither could the federal government deny a grant, contract or employment to a person or institution based on their belief that marriage should only be between a man and a woman.

“Congress needs to make clear that the federal government cannot punish people for their religious belief,” said Christensen, referring to the IRS controversy.

The National Organization for Marriage, Focus on the Family, the Southern Baptist Convention’s Ethics & Religious Liberty Commission, Concerned Women for America and the U.S. Conference of Catholic Bishops are also supporting Labrador’s bill.

They worry that people who act on their traditional, religious convictions about marriage are paying a price in the media and in state courts.

A description of the bill drawn up by the bishops refers to a “growing number of reports of individuals and organizations holding such beliefs being targeted for discrimination by state governments.” It referred to an August ruling by the New Mexico Supreme Court that said a Christian photographer broke a state anti-discrimination law by refusing to photograph a gay wedding.

If gay marriage opponents think the photographer is the victim in this case, they’ve got it backward, say gay marriage proponents. Labrador’s bill, they continue, would officially sanction discrimination against gay people.

“It automatically goes after a specific community of people and gives free license to say, ‘It’s OK to discriminate against this group,’” said Ross Murray, director of news and faith initiatives at GLAAD, a leading gay rights organization.

The gay rights group Freedom to Marry called the bill “dangerous,” saying a federal employee could refuse to process the tax returns of a legally married gay couple, for example, or employers could deny a gay employee benefits under the federal Family and Medical Leave Act.

“This sweeping Trojan Horse proposal would swallow civil rights laws and subvert constitutional protections, and is a dangerous ‘solution’ to a non-problem,” said Freedom to Marry’s Evan Wolfson.

The bill, which has been referred to two House committees, is unlikely to be fast-tracked through the House, and would most likely face a high hurdle in the Democratic-controlled Senate.