Let’s start this week’s Recap with a few major religious freedom developments in the Middle East. We’ll get around to some post-Halloween fun in due course, I promise.

Egypt’s constitution committee adopted an article that eliminates barriers to building churches in the country and guarantees absolute freedom of belief for people of all faiths. People of all faiths…but what about the nones? Atheism is apparently on the rise in Egypt, but police recently arrested a university student for creating a Facebook page for atheists.

I’ve read conflicting reports on the aftermath of last weekend’s women driving protest in Saudi Arabia. The Guardian initially reported no arrests, but Gulf News said 16 women were detained and Human Rights Watch said a male journalist was jailed for supporting the movement. 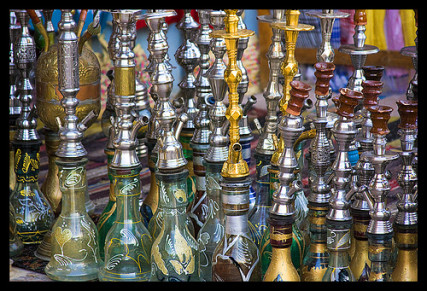 Saudi writer Hamza Kashgari, who was arrested in early 2012 for posting “blasphemous” tweets about the Prophet Muhammad, was released. But in neighboring Kuwait, a court upheld the 10-year jail sentence given to a Shiite tweeter who “insulted” the prophet. Hard-liners in that oil-rich emirate are denouncing shisha cafés for the “moral menace” they pose. The menace they cite isn’t tobacco, which harms the body, but the free mingling of men and women, which harms the mind?

Baby Ghadi made headlines as the first child born in Lebanon without a religious sect listed on his birth certificate. His parents were the first Lebanese couple to have a secular, civil marriage earlier this year. Both stories are big news given the country’s history of sectarian strife.

Authorities in Iran shut down a newspaper for publishing an op-ed that contradicted the beliefs of Shiite Islam. So yeah, don’t believe government officials when they tell you that “Iran is one of the most free countries” in terms of religious freedom.

Moving on from the Middle East, evangelical and Catholic congressmen in Brazil are trying to make the country’s abortion restrictions even more restrictive by granting rights to the fetus. The country’s police are also being paid to study the Bible, which has church-state separationists up in arms.

Ireland is debating whether to replace its blasphemy law with a general provision on religious hatred. Don’t be surprised. England and Wales only got rid of its blasphemy and blasphemous libel laws in 2008.

A new law in West Australia will require Muslim women to remove burqas and niqabs to prove their identity to police. What’s wrong with retinal scans?

Muslim Rohingyas fear being wiped from the next census in predominantly Buddhist Myanmar. And a Hungarian journalist argues that anti-Semitism is on the rise in her country.

In his new report on gender and religious freedom, the United Nations’ special rapporteur on freedom of belief said that religion should never be used to justify harmful practices inflicted on women and girls.

Malaysia banned pop star Ke$ha’s upcoming concert after deciding it would hurt “cultural and religious sensitivities.” Ke$ha joins a long list of artists banned from performing in the country. At this rate, Malaysians will be lucky to see squeaky-clean Donny and Marie Osmond on stage.

Now for this year’s most “spooktacular” Halloween news…

On a (perhaps too) personal note, I’m still scrubbing off face paint from Halloween. No, I wasn’t Ke$ha. That obviously would have required glitter. As is the case most years, I’m not quite sure what my costume was, but it was a hit. Zombie Panda Triathlete? Sure, let’s go with that. I hope panda lover Cathy Lynn Grossman approves! 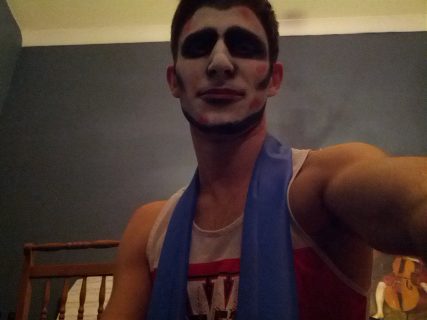 Good thing I didn’t go as Jesus. A Chicago teen was briefly expelled from high school for channeling the Messiah on All Hallows’ Eve. School officials later lightened up and sent the boy back to class.

Good thing I don’t live in Tajikistan. Several men were arrested at a Halloween party in the capital city of Dushanbe and allegedly scolded for celebrating an “alien holiday” in the majority-Muslim country.

Lots of Wiccans apparently hate Halloween for reinforcing negative stereotypes about witches. As one thoughtfully put it:

“We are not werewolves or Frankenstein monsters. We do not have green skin, and only some of us have warts.”

My friend and super hip PolicyMic editor Sara Yasin wrote an column for RNS about how her Muslim parents condemned Halloween as a “celebration of the devil.” I assume Sara, now in her mid-20s, is trick-or-treating her way through the Upper West Side to make up for lost time.

In the freethought hotbed of Madison, Wisconsin, college atheists, humanists and agnostics placed 200 fake tombstones across campus representing gods that are no longer worshipped.

In other holiday news, Congress celebrated Diwali for the first time on Capitol Hill. The first Hindu member of Congress, Rep. Tulsi Gabbard, was only elected last year.

Big news re Obamacare. An appeals court sided with Ohio business owners who challenged the health care law’s birth control mandate on religious freedom grounds. The Becket Fund for Religious Liberty is teaming up with Alabama’s attorney general and Eternal World Television Network to challenge the mandate. And some members of the Amish community have religious reservations about commercial insurance and want to opt out of the whole thing.

In New York City, a jury awarded nearly $1 million to a Jewish deliveryman who was allegedly harassed for years by an employer’s anti-Semitic slurs. A bus driver in the city is being sued on claims that he called a Muslim boy “terrorist” and refused to let him ride.

The Friendly Atheist is not happy. An American Legion post has pulled funding from an Illinois park after an atheist official refused to pledge his allegiance “under God.” What Would Leslie Knope Do?

An atheist group in Alabama is asking the city of Montgomery to prove that sending clergy to counsel victims at violent crime scenes actually reduces crime. 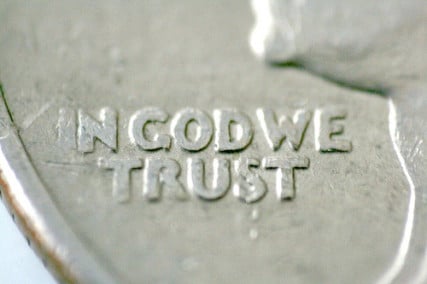 Pennsylvania schools may soon be required to display the words “In God We Trust.” Honoring a national motto or violating church-state separation?

Air Force Academy cadets no longer need to mention God in their Honor Oath, but they still need to attend religious respect training.

A New Mexico lawmaker apparently thinks that stretching is somehow religious and doesn’t want his Christian kids exposed to flexibility in public schools. India is debating whether (actual) yoga is religious and should be restricted in the secular country’s classrooms.

Do religious prayers at government meetings pass constitutional muster? We’ll be one step closer to finding out Wednesday when the U.S. Supreme Court takes on Greece v. Galloway. Can employers continue to discriminate against LGBT hires? Senate plans to vote on the Employment Non-Discrimination Act today, or at least before Thanksgiving. Will the government shut down for another 17 days and accomplish nothing? I wouldn’t be surprised…

Now before you start “working,” check out 10 of the most “blasphemous” pop songs and music videos. Madonna and Lady Gaga join Kanye West and John Lennon on my list. Add any I missed in the comments section below.

Psssst…I don’t want to start any Blasphemous Rumours, but I hear you can sign up to get the Religious Freedom Recap straight to your inbox. Zombie Panda Triathlete has enough on his mind preparing for next year’s Zombie Evacuation Race (<— actual thing), don’t make him a sad panda too. Sign up below.