Pastor Mark Driscoll has issued an apology after a prolonged silence regarding numerous charges of plagiarism in his books. In the statement released to “The Christian Post,” the controversial minister says he expects Jesus to use the experience for his betterment.

“Mistakes were made that I am grieved by and apologize for,” Driscoll said. “As a Bible teacher, I know that Jesus loves us and uses everything for good. I know he cares very much that we do things in a way that reflects his glory. As a result, I have been praying that he would help me learn through all of this to become more like him and more effective for him.”

In the same statement, a representative for Tyndale House, the publishing company that released his most recently released book, A Call to Resurgence, defended Driscoll:

“Because of the biblical manner in which Pastor Driscoll has handled this situation, Tyndale strongly stands behind him and looks forward to publishing many additional books with him. Tyndale believes that Mark Driscoll has provided a significant call to Christians to unite together in translating the message of Jesus faithfully to a post-Christian culture, to proclaim clearly, loudly, and unashamedly the Good News of Jesus.”

[tweetable]It’s unclear why Driscoll waited until now to publicly address the matter.[/tweetable] The first accusations of plagiarism were made by syndicated radio host Janet Mefferd on a November 21 broadcast. She subsequently accused Driscoll of plagiarizing in two other books. Mefferd’s interview generated a firestorm, to which the radio host responded by producing evidence on her blog to support her accusations.

Mefferd later removed the evidence from the internet and apologized for the manner in which she made the accusations, but her backpedaling did not quell the controversy. Evidence that Tyndale House and Salem Radio, Mefferd’s employer, were “media partners” fanned the flames of speculation online. Intervarsity Press, publisher of one of the books from which Driscoll allegedly plagiarized, released a statement demanding an answer for material that “improperly appeared without quotation or attribution.” And Ingrid Schlueter, an assistant producer for the Janet Mefferd Show, resigned over the situation, stating, “All I can share is that there is an evangelical celebrity machine that is more powerful than anyone realizes. You may not go up against the machine.”

Mars Hill Church responded to the growing scandal by posting a statement that admitted one of Driscoll’s books contained “citation errors,” but blamed a research team for the mistakes. The statement was later amended when it was discovered to contain factually incorrect assertions and then mysteriously disappeared from the Mars Hill Church web site.

In the meantime, leaders within the evangelical movement began to openly criticize Driscoll. Baptist professor Collin Garbarino gave Driscoll a proverbial “F” and said, “I’ve failed students for less flagrant plagiarism.” Christian scholar Carl Trueman blamed the affair on “the celebrity culture which has so corrupted the young, restless and reformed movement.” Pastor Jared C. Wilson accused Driscoll of a “trajectory of pride.” And author Andy Crouch of “Christianity Today” said Driscoll’s real problem was not plagiarism, but rather idolatry.

But in recent days, outrage over the allegations have begun to cool. Fewer and fewer people have been discussing the matter on social media and online publications. So why has the Seattle pastor waited until now to address these issues when much speculation and hoopla  might otherwise have been avoided? It’s difficult to say. [tweetable]One can only hope that Driscoll, a perpetual lightning rod of controversy, will indeed learn from this fiasco.[/tweetable] And perhaps all of us who are involved in Christian publishing–if we’ll humble ourselves and reflect–will too. 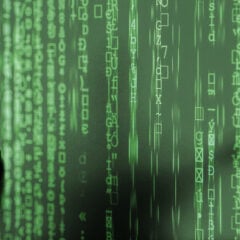