Our atheist correspondent Kimberly Winston called me out last week for being a downer:

To beat those Monday morning blues, I’ll start this week’s recap with some good news from the world of religious freedom and free expression.

In Tunisia, a man jailed for “assaulting public morals” when he posted Prophet Muhammad cartoons on Facebook will be released early after being granted political asylum in Sweden. There’s hope the situation will improve for free expression after Tunisia adopted “one of the most progressive constitutions in the Arab world.” 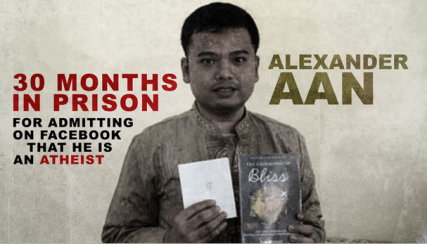 Alexander Aan, an Indonesian man jailed for expressing his atheism on Facebook, was released last week. Aan’s case prompted the Center for Inquiry to launch its Campaign for Free Expression in 2012. CFI’s Michael De Dora notes that Aan’s release comes with conditions, and that he’s still in danger of violent retributions. Read my recent interview with De Dora to find out why the folks at CFI are so passionate about protecting free expression.

CFI’s also been tracking the case of Bangladeshi bloggers attacked or imprisoned for criticizing Islam. Nearly a year after blogger Ahmed Rajib Haider was killed, a Muslim cleric and his students have been charged with his murder.

Remember that “blasphemous” Bible play that was canceled in Northern Ireland after protests from offended Christians? It’s back on after local councillors lifted the ban. With only two months to go until Britain allows its first same-sex marriages, the Church of England’s bishops are struggling to agree on a position. They agreed eight years ago that gays and lesbians should be treated with human dignity, but African Anglican leaders aren’t buying it. Commenting on new anti-gay laws across Africa, Anglican Rev. Gay Clark Jennings wrote:  “I am troubled and saddened that fellow Anglicans could support legislation that fails to recognize that every human being is created in the image of God.”

Mayor of London Boris Johnson is being investigated after banning a Christian group’s anti-gay ad from his city’s buses.

Gay rights advocates celebrated Northern Cyprus’s decision to abolish Europe’s last remaining law criminalizing homosexuality but were less enthusiastic about a ruling in Israel, where the High Court ordered the state to recognize gay adoptions when a child is born through surrogacy but said the same rules don’t apply if a parent is not biologically linked to the child.

Anti-government protests in Paris turned anti-Semitic with chants of “Jews, you flaws, France is not yours,” among other offensive screes.

French police also raided anti-Semitic comedian Dieudonne’s home and office after the country’s highest court banned his current show for falling foul of France’s hate speech laws. The comedian’s reverse Nazi salute, the quenelle, led to a man’s arrest after he performed and photographed the act outside a Jewish school in Toulouse.

Anti-Semitism isn’t just rife in France. In Italy, pigs’ heads were sent to Rome’s Grand Synagogue and to the Israeli embassy in the run-up to International Holocaust Remembrance Day.

Ireland’s Constitutional Convention is recommending that the country’s blasphemy laws be replaced with a ban on incitement to religious hatred. The country’s church-state union, in which 90 percent of primary schools are run by the Catholic Church in cooperation with the government, is also being questioned. Separately, Ireland’s education minister wants to cut back on religious education to devote more time to math and reading.

Time’s up. Pencils down. You’re all going to hell. Some state school students in Queensland, Australia say they fear burning in hell after going through the country’s least secular education system. In nearby New Zealand, Bible lessons in public schools are also being challenged.

Similar debates are unfolding in the U.S. Virginia lawmakers are pushing through a bill that would legalize student-led administration-supported prayer in public schools. Similar bills were passed last year in Mississippi, Texas and Tennessee. Slate published this handy dandy map of publicly funded schools that are allowed to teach creationism.

In South Carolina, a public high school football coach has been ordered to stop baptizing players and leading them in prayer.

South Dakota’s Senate saw a new bill to allow public schools to teach intelligent design. State lawmakers also filed a bill to protect clergy and businesspeople who refuse to take part in gay marriages or receptions. Some lawmakers in Kansas and Idaho want the same, and Oregon is likely to see a similar provision when gay marriage is voted on later this year. 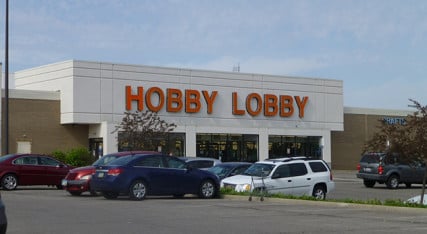 Christian leaders including Rick Warren are asking the Supreme Court to protect Hobby Lobby and other businesses from the contraceptive mandate. In a divisive political move, the House of Representatives voted to impose tighter restrictions on federal payments for abortions. The bill is expected to die in the Senate.

Mississippi’s Senate voted to add “In God We Trust” to the state seal as part of its Religious Freedom Restoration Act.

At the federal level, Rep. Rush Holt of New Jersey re-introduced a resolution in Congress to recognize February 12 as Darwin Day. House legislators heard from Defense Department officials and chaplains about whether a new policy to ensure religious freedom will actually do so.

Apparently the Mormon ban on alcohol wasn’t always Absolut. Pat Bagley writes: “Unless you’re willing to drink wine of your own making at sacrament meeting and swear off summertime barbecue, hot chocolate, barley (except for mild drinks), you’re not doing it right.”

I’ll give up hot chocolate and mulled wine when Britain warms up in July. Until then, I’ll keep sipping, you keep reading the recap. Subscribe below.