Shalom and salaam, friends. I’m on a press trip in Israel and Palestine this week. I hope you all had a nice Valentine’s Weekend (it’s no longer just a day). To ease you out of that candy heart sugar coma, let’s start with love news from around the world. 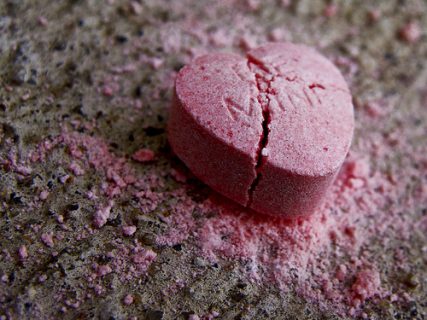 You might have thought Valentine’s Day was just another Hallmark holiday. In Tajikistan, it’s “a direct way to hell,” according to some netizens in the Muslim-majority state:

“Tajik brothers and sisters, you should know that celebrating Valentine’s Day is a direct way to hell. Think about your children. Today you celebrate Valentine’s Day – and tomorrow they will have sex with animals.”

Religious leaders and government officials suppressed Valentine’s Day celebrations in Belarus, Kyrgyzstan, Uzbekistan and Pakistan, though some youth in Lahore used the holiday as a form of rebellion, exchanging love notes and roses in secret.

A Saudi cleric declared V Day “immoral,” Malaysian authorities said it was a threat to Muslim values and the Indonesian Ulema Council said the day is “suspected to imbue the youth with the dark world, wild festivities and lust driven celebrations.”

Who knew a few flowers and heart-shaped boxes of chocolates could be so controversial?

There was plenty of same-sex love news in the U.S. last week.

Gay couple getting married in tuxedos.

A federal judge in Virginia struck down a ban on same-sex marriage, declaring the voter-approved 2006 constitutional amendment unconstitutional.

Indiana lawmakers who wanted their own constitutional amendment banning same-sex marriage were dealt a blow when the state Senate effectively shelved it.

A federal judge in Kentucky struck down the state’s 2004 marriage amendment, which prevented gay marriages performed in other states from being recognized there.

A bill passed in the Kansas House to “protect religious freedom” (by allowing businesses to discriminate against people in same-sex marriages) will be reworked to be less…discriminatory.

Catholic, Protestant and Mormon groups may squabble over theology, but they joined forces last week to call on a federal appeals court to uphold gay marriage bans in Utah and Oklahoma.

Sen. Ted Cruz of Texas introduced a bill to amend U.S. law “with regard to the definition of ‘marriage’ and ‘spouse’ for Federal purposes and to ensure respect for State regulation of marriage.” Expect it to flop in the Democrat-controlled Senate.

Russia is so afraid of gay people adopting their children that the Kremlin expanded a law to prevent single parents in countries where gay marriage is legal from adopting, on the off chance that they might be gay.

Poland is in the midst of an “inverted sexual revolution,” which has brought more restrictive laws around sex education and contraception.

Enough love and sex, for now.

In India, a Hindu nationalist group says its “religious feelings” were hurt by the 2009 book “The Hindus: An Alternative History,” which describes mythological texts as fictional. The book’s publisher, Penguin India, ceased publications and destroyed existing copies, hurting my “freedom of expression feelings.” :((((

How do Mormons deal with censorship when they come across potential converts online in countries where proselytizing and changing religions is both dangerous and illegal? Read my story on Missionary Chat to find out.

President Obama’s recent mention of American missionary Kenneth Bae, who has been imprisoned in North Korea for 15 months, put his dire situation back in the news. North Korea again rescinded an invitation for a U.S. envoy to visit the country to discuss Bae’s release. The Rev. Jesse Jackson has offered to visit Pyongyang on the Bae family’s behalf if the invitation is extended once more. 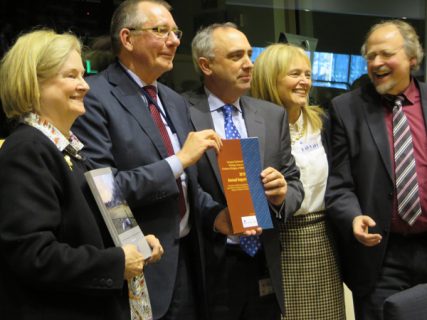 Belgian lawmakers voted to extend euthanasia rights to terminally ill children. I visited the country’s capital, Brussels, last week for a meeting between the U.S. Commission on International Religious Freedom and members of the European Parliament, who discussed trans-Atlantic efforts to promote religious freedom.

British Muslims are fed up with hate crimes against them. The government’s fed up with street preachers promoting extreme versions of Islam.

I’m fed up with bad news, so was happy to read that Brazil, South Africa and Japan are among the least restrictive when it comes to governments clamping down on religion. That’s not necessarily the case for social restrictions. A Japanese man who was kidnapped by family members and violently pressured to renounce his religion won a court ruling against them.

An Australian judge ruled against a man who argued he could not wear a bike helmet because he was wearing a kippah. The judge argued he could have worn both. I argue there’s a market for a helmet/kippah combo.

In basically the opposite of religious freedom news, prisoners on death row in Iran were pardoned and released for memorizing the Quran. I’m sure they did so on their own free will … no coercion involved or anything.

In the U.S., Louisiana Gov. Bobby Jindal warned of a “silent war on religious liberty.” Shhh. Can you hear it? Listen closely. Can you hear it now? Jindal was referring to anti-discriminatory same-sex marriage laws and the contraceptive mandate, obviously.

Lawmakers in Alabama are waging a deafening war on church-state separation, putting forward a bill that would require teachers to read a prayer every morning. A high school in North Carolina that initially rejected a club for nonreligious students probably smelled a lawsuit and changed its mind.

One Florida lawsuit dropped, another on its way. An Orthodox Jewish inmate ended his legal battle after a court ruled the state must provide kosher meals to Jewish inmates. Atheists are likely to sue after local officials in Levy County rejected a proposed atheist monument for the courthouse lawn, where a Ten Commandments monument already stands.

A pharmacist in Tennessee who alleges he was fired for refusing to sell Plan B contraception pills is suing his former employer Walgreens, claiming the chain discriminated against his religious beliefs.

A House bill wants to protect your religious freedom to the grave and beyond. The Protect Cemeteries Act would amend the International Religious Freedom Act of 1998 to include the vandalism of cemeteries.

No recap next week, but I’ll bring a double whammy the following. Subscribe below so you don’t miss out.

News
‘Pro-life Evangelicals for Biden’ signers face a fiery blowback
News
Brandeis University stands by caste-bias ban despite pushback from Hindu activists
Opinion
In the midst of deep grief, a scholar writes how Hindu rituals taught her to let go
Opinion
Why ‘namaste’ has become the perfect pandemic greeting
News
In Oregon, churches and anti-fascists unite to provide mutual aid to fire evacuees and others in need
© Copyright 2020, Religion News Service. All rights reserved. Use of and/or registration on any portion of this site constitutes acceptance of our User Agreement and Privacy Policy, Privacy Statement and Cookie Notice. The material on this site may not be reproduced, distributed, transmitted, cached or otherwise used, except with the prior written permission of Religion News Service.