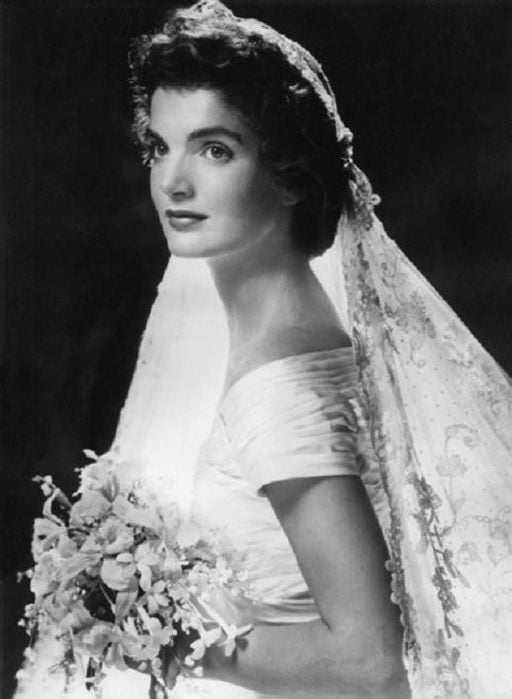 It's not too often you'll hear Mother Teresa and Jackie Kennedy invoked in the same breath, but the recent discovery of letters from the former first lady to her priest expressing doubt and loneliness bear echoes of Teresa's own journals. The correspondence began shortly after Kennedy--then Jacqueline Bouvier--met Father Joseph Leonard on a trip to Ireland in 1950. For a women whose privacy has been so fiercely protected over the years, the personal nature of the letters has garnered a lot of interest. They will be put up for auction next month in Ireland, where it is speculated they may go for as much as $1.6 million.

The first letters were written just before Jackie graduated from college, and the last in 1964, the year that Father Leonard died and the year after JFK was assassinated. In her earlier letters, Jackie credited Father Leonard with rekindling her relationship with God: "I suddenly realized this Christmas when my sister and I decided--after not going to church for a year--that we desperately wanted to change and get close to God again--that it must have been your little prayers that worked--all the way across the ocean." As time went on, she also wrote to Leonard about affairs of the heart. At first very much in love with her then-fiance John Husted, she ended their relationship and wrote “I think I’m in love with--and I think it would interest you--John Kennedy--he’s the son of the ambassador to England--the second son--the oldest was killed. He’s 35 and a congressman.”

The young Bouvier wasn't blind to JFK's wandering eye, writing that he reminded her in some ways of her father, who enjoyed the chase of pursuing other women and needed the affirmation of his attractiveness that women could give. Once married, Jackie Kennedy also wrote to Father Leonard about her spiritual confusion and darkness in times of disconsolation. When their daughter Arabella was stillborn in 1956, Jackie wrote that she could see how times of sadness worked to bring people together. And just two months after her husband was killed in November 1963, she wrote "I am so bitter against God, [but] only he and you and I know that." She struggled through that time in earnest with Leonard, confessing not only her bitterness but her confusion and loneliness at raising children without their father.

The act of broadcasting the very private letters of a very public figure is a thorny one. As Marilynne Robinson wrote in her review of Flannery O'Connor's prayer journals, "To read it feels a little like an intrusion on inwardness itself." On the one hand, these letters give us Jackie in her own words--more on the woman who came as close to American royalty as anyone. But like Mother Teresa before her, Kennedy is also experiencing (however she can, in whatever state she's in, being dead and all) the publication of words that were very much meant for a specific, and private, audience. But some people don't see any problem at all. As auctioneer Philip Sheppard told the Washington Post, “He has been dead 50 years and she 20. This is in my opinion an exchange between friends, not a confessional thing,” he said Tuesday. “I’ve never heard of a confession over the Atlantic."