Today’s guest post is written by Seráh Blain, an atheist activist and former Executive Director of the Secular Coalition for Arizona.

Arizona often makes national headlines for its extremely conservative political climate—but the Freethought Equality Fund, a new atheist initiative that seeks to support nontheistic politicians, may be set to change that.

All branches of Arizona’s state government have moved further and further right in recent years. But ironically, the power of the Religious Right in Arizona and the exclusion of all other religious and nonbelief perspectives has created a unique environment where voices of protest have become robust and collaborative—meaning that even atheists, who according to a recent study are still the least electable group in the United States, are being given a seat at the table.

Why? For starters, it is in this state where the Secular Coalition for Arizona became the first organization in the country to fund a full-time lobbyist to advocate for the nontheistic community at the State Capitol—representing atheist organizations from all over the state.

It is in Arizona where atheist legislator Juan Mendez surprised the country by giving a Humanist invocation on the floor of the Arizona House of Representatives rather than a prayer. Where Representative Stefanie Mach introduced and celebrated the Secular Student Alliance (SSA) on the same floor, and assistant minority leader Ruben Gallego offered an inclusive invocation for theists and nontheists alike in honor of the SSA. Where Representative Mark Cardenas preceded his six-second Catholic prayer at the legislature with a 30-second disclaimer reassuring constituents from other religions and no religion that he represented them as well. And it is in Arizona where James Woods, a progressive atheist who also happens to be blind, is running for the United States Congress.

None of this is a coincidence. Targeted organizing efforts by the Secular Coalition for Arizona, combined with community development for nontheists in every region of the state, created an informed and engaged secular constituency. This forced elected officials and activists to take notice. And national organizations have provided strategic support for atheists in Arizona, radically changing the way the atheist community is viewed in the state. The atheist-run Freethought Equality Fund, which just announced its 2014 endorsements, is a powerful example of this national support.

To the general public—which is frequently unfamiliar with the strength, variety, and organization of the Humanist movement—an atheist PAC may shift perceptions of atheism toward a more legitimate, realistic appraisal.

The political success of atheists in Arizona is still insufficient, especially considering that the Pew Religious Landscape Survey shows there are more atheists in Arizona than Mormons (6% and 4% respectively), while nearly 20% of the state legislature is made up of Mormons—and only one atheist. Still, Arizona’s openness of public discourse around atheism and its visibility of nontheists in the political process is perhaps the best developed of any state in the nation thus far.

The courageous public admission of Arizona Rep. Mendez’s atheism has allowed the nontheistic community to feel welcome in the political process. The media coverage of congressional candidate James Woods’ radical honesty regarding his Humanist values has helped put a face on Humanism in Arizona. And the endorsement of both Rep. Mendez and Mr. Woods by the Freethought Equality Fund adds a measure of legitimacy to the national organizing efforts of atheists in politics.

Could more states mirror Arizona’s rapid expansion of atheist participation in politics? The visibility, political cover, and financial support the FEF PAC seeks to provide are critical weapons in ensuring that the political power of atheists and religious minorities is not choked out by majority religious rule.

The failure to bring atheists in from the political margins is nothing short of a failure in the American experiment—but the secular investment in Arizona politics is building exactly the kind of healthy pluralism that safeguards us all. Here’s hoping more states work with FEF and begin to follow Arizona’s example. 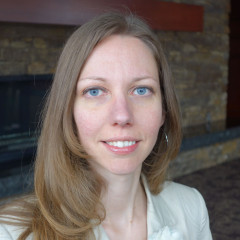 Seráh Blain has worked on and volunteered for dozens of political campaigns; led nonprofit organizations in creating issues advocacy programs; and most recently worked as the Executive Director of the Secular Coalition for Arizona. She currently serves on the Board of Directors for the Arizona Interfaith Movement and the national Secular Student Alliance.

Related Posts
By Tara Isabella Burton
How wearing masks and masculinity got confused
By Yonat Shimron
Jonathan Wilson-Hartgrove wants white evangelicals to reckon with the Bible
By Jack Jenkins
Impeachment debate suggests shifting religious and political winds
By Mark Silk
Do the Democrats have a religion problem?
By Elana Schor
Religious right sticks by Trump as political heat rises