WASHINGTON (RNS) Atheists are still the most mistrusted group in the U.S., and a godless politician is still the least likely candidate to win votes in a presidential election. 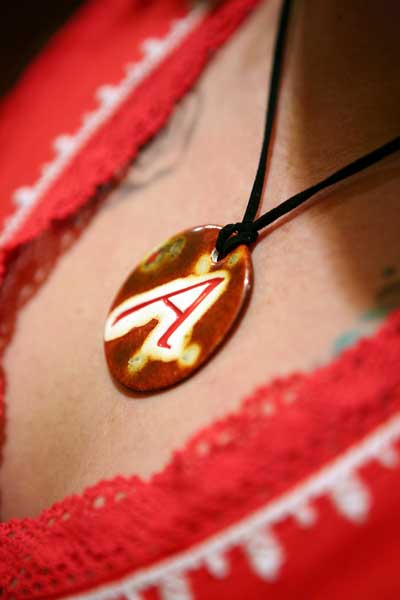 Amy Davis Roth’s homemade ceramic line called “Surlyramics” is shown during The Amazing Meeting convention on July 13, 2012, in Las Vegas. Surlyramics specializes in homemade pendants, many of which highlight the idea of atheism and the atheist scarlet “A.” Religion News Service photo by Ronda Churchill

But atheist leader Todd Stiefel is celebrating “a lot of hope” in the fine print of a new Pew Research survey on political leanings.

True, 53 percent of Americans said they are least likely to choose a candidate who doesn’t believe in God, according to a survey conducted in April. But in 2007, that number was 63 percent.

And those who said a candidate’s lack of belief didn’t matter to their vote rose, from 32 percent in 2007 to 41 percent today.

Only two other categories of candidates showed a sharper shift toward more favorable views: gay or lesbian candidates, and candidates over age 70.

Stiefel — still dismayed that even pot smokers or philanderers were viewed more favorably than atheists — predicted Tuesday (May 20) that the shift will be even greater as more unbelievers come out of the closet.

Earlier this month he announced the formation of Openly Secular, a new coalition of several secular, atheist and even interfaith groups that will launch a campaign in September to combat discrimination. The main idea is to urge atheists to go public. It will stress that atheists share American common values and “believe in acceptance, reason and love.”

But Stiefel, a North Carolina millionaire who has supported several atheist causes, remains troubled by the majority who would spurn an atheist politician. “That’s a striking number in a country where there is not supposed to be a religious test for public office,” he said.

A 2006 study by University of Minnesota sociologist Penny Edgell found atheists were the most mistrusted minority in the U.S. Edgell said Tuesday that an updated study based on a 2014 online survey would be released soon. Preliminary results show the mistrust meter hasn’t budged.

Atheists stay hidden because “we are seen as immoral, without fear of hell or hope of heaven,” Stiefel said. The “Out” campaign is modeled on the tactic gay groups used to make people aware that they already knew, liked, even loved, people who are LGBT.

Alec Tyson, research associate at Pew Research Center, said the Pew survey did not ask people whether they had close friends or family who are atheist.

Tyson said the trends that may have had an impact on the shift include changing U.S. demographics. Since 2007, more young adults — who are statistically the least religious — have entered the age range of surveys of U.S. adults, coupled with a downshift in older, more conservative adults.

Other social shifts may also have had an effect. Recent Pew surveys have shown more people say that churches should stay out of politics and that there is “too much religious expression” by politicians.

“This is consistent with people finding religion matters less in politics,” said Tyson.

Opinion
Pope Francis on civil unions: Another step toward common ground with the LGBTQ movement 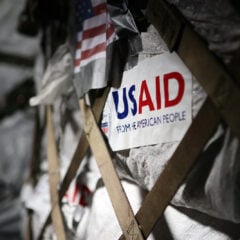 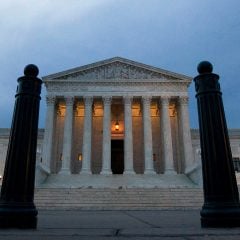