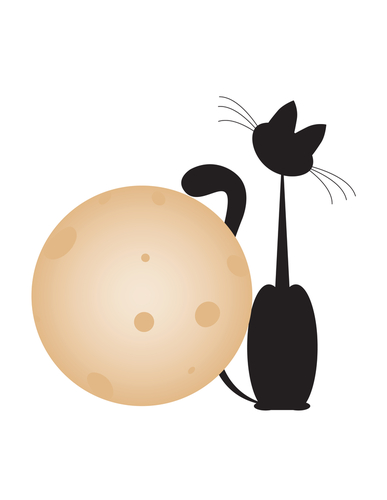 Today is Friday the 13th, and there’s a full moon. Vox says that’ll only happen again in 2049. There’s a long explanation for it, and suffice to say, it includes math. For the superstitious among you, I have a black cat, too.

Yesterday the World Cup kicked off in Sao Paulo and Brazil exploded with street parties as its soccer team won the opening game.

Did you know? Many countries call the games the Mundial, Spanish for world.

Check out these amazing photographs by Bobby Ghosh that document how soccer is Brazil’s true religion. And for a philosophical understanding of the similarities between soccer and religion check out Rabbi Jonathan Sacks' blogpost.

Meanwhile, our own Lauren Markoe examines whether a new Nike ad may be anti-Semitic.

Less than three years after pulling American forces out of Iraq, President Obama is weighing a range of short-term military options, including airstrikes, to quell the al-Qaida offshoot that has captured two Iraqi cities and threatened to press toward Baghdad.

CNN offers a primer on the Islamic State in Iraq and Syria, or ISIS, whose aim is to create an Islamic state across Sunni areas of Iraq and in Syria.

The United Methodist Church’s pension board is divesting from a multinational security firm that activists have criticized for its work in Israel and the Palestinian territories. Look for more divestment decisions when the Presbyterian Church USA gathers next week in Detroit.

In this Sunday’s New York Times Book Review, Hillary Clinton says the Bible remains the biggest influence on her thinking. Pundits will, of course, read this quote as political posturing:

“I was raised reading it, memorizing passages from it and being guided by it. I still find it a source of wisdom, comfort and encouragement.”

Amy Butler, the new pastor of Riverside Church talks to Time about feminism, her salary, being a single mom, and what it means to lead one of the country's most storied congregations.

“Their prayer is like a completely Protestant ceremony,” said Rivlin who succeeds Shimon Peres in the mostly ceremonial post.

At this week’s Southern Baptist Convention, Paige Patterson apologized for accepting a Muslim student at his seminary, Southwestern Baptist in Fort Worth. Adelle Banks’ story shows how it’s increasingly common for seminary presidents to wrestle with accepting students from other faiths.

In Turkey, the only imam with a rock band has been given the okay to keep on rocking.

And Kimberly Winston interviews Frank Schaeffer, formerly evangelical royalty, who eschews easy definitions and embraces belief and doubt, certainty and uncertainty, life and all its messiness.

The Pew Research Center has a fascinating new study about our nation’s political polarization: It shows that conservatives and liberals prefer to live in different places and hold opposing views on the value of ethnic and religious diversity in their neighborhoods. Check this space later today for more on the religious findings in the study.

The Forward has an interesting article about an Orthodox child's transgender journey from Moshe to Miryam. “Hashem knows I'm a girl,” the boy said using a Hebrew word for God.

CNN has a interesting reflection on robots and Judaism.

Salon zeroes in on David Brat, the candidate who defeated Eric Cantor in Virginia's GOP primary,  and his theology, which, writer Elizabeth Stoker argues, casts the poor as inherently anti-Christian.

And RNS’ own Jonathan Merritt interviews Erwin McManus about his new book, The Artisan Soul. McManus, a popular Christian writer, says this:

The danger is to choose existence rather than life. Every field, every discipline, every domain where humans work, play, and live, is a canvas for imagination, creativity, and beauty.

On that note, we're off to create more stories to fire the imagination. Check this space on Monday for more inspiration.