(RNS) World Vision tested evangelical boundaries three months ago when it announced it would allow its employees to be in same-sex marriages. The policy was short-lived; the relief group reversed it within 48 hours after supporters threatened to pull donations.

In the past, World Vision has requested that it be known as a Christian humanitarian organization, not necessarily an evangelical one, because many on staff are not from an evangelical background. But now, in the wake of the controversy, the board of the $1 billion relief group appears to be steering the ship in a more evangelical direction in an attempt to shore up the base of its support.

Most telling: World Vision is asking board members to formally affirm a statement that marriage is between a man and a woman. And new appointments to the World Vision board include big names from the evangelical community.

Jacquelline Fuller, director of corporate giving at Google, and John Park, another Google employee, left the board after the dust-up. Three other board members rotated off due to term limits. Rich Stearns remains as president, despite some initial chatter that he could be fired for the controversy. 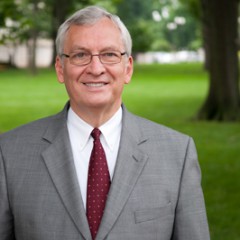 Leith Anderson is president of the National Association of Evangelicals.

The Rev. Leith Anderson, president of the National Association of Evangelicals, and Jerry White, president emeritus of the Christian ministry Navigators, have both agreed to join the board. The new board chair is Joan Singleton, vice president of Milton Hershey School, who replaced James F. Bere Jr.

World Vision was founded in 1950 by Bob Pierce, who also founded Franklin Graham’s Samaritan’s Purse and helped spur evangelicals to social action. Employees must be members of a local church, affirm a statement of faith and/or affirm the Apostles’ Creed and sign a conduct policy that includes abstinence outside of marriage.

World Vision has always had an evangelical donor base, but many Americans did not know it was a religious organization — much like many people don’t realize that the Salvation Army is actually a church. World Vision’s best-known program allows donors to sponsor an individual child overseas for a monthly fee, with letters and photos of those kids sent to supporters.

The March dust-up over gay employees moved a divisive cultural issue to the forefront of the evangelical community, forcing both the organization and evangelicals to decide where the boundaries fell on same-sex marriage.

“I think they were a little premature, knowing where most evangelicals were on the issue,” said the Rev. Richard Cizik, who was forced to resign in 2008 by the National Association of Evangelicals after he told NPR he accepted same-sex civil unions. “They not only retreated, but now they’re establishing their bona fides.” 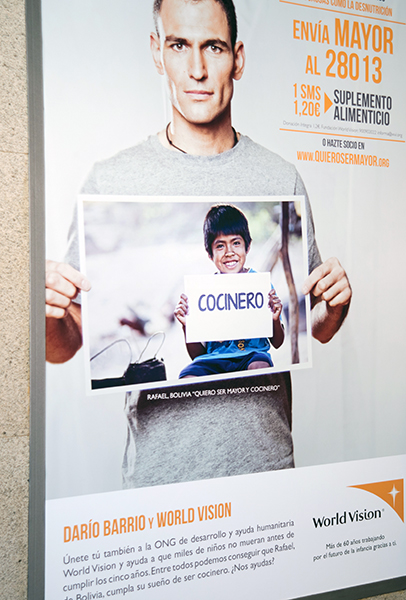 Since enacting and then reversing a policy allowing its employees to be in same-sex marriages, World Vision has lost about 10,000 of its child sponsors.

Since the policy change and reversal, the organization has lost about 10,000 of its child sponsors, or 1 percent of its donor base. Sponsors pay $35 a month, so the loss could add up to around $4.2 million annually.

There has been a drop in growth rate, but not a decline in overall donations, according to World Vision spokesman Steve Panton. Cash donations are up 1 percent compared with the same period last year, but less than the 3 percent World Vision had projected.

“We are watching our expenditures closely, but have not cut budgets for the rest of the year,” Panton said in an email. “While we don’t disclose the exact makeup of our donor base, it is fair to say that the overwhelming majority of our individual donors in the U.S. are evangelical Christians.”

The organization works with several hundred corporations, and “less than a handful” dropped their partnerships, though Panton declined to give specifics.

World Vision is the second-largest organization in the Evangelical Council for Financial Accountability, behind just the Salvation Army. In 2013, World Vision received nearly $179 million in grants of food and cash from the U.S. government and other agencies, according to its financial statements.

As a parachurch organization — independent of any one church’s or denomination’s oversight — World Vision is different from a group such as Catholic Relief Services, which is controlled by the doctrine and rules laid out from the Roman Catholic Church.

“World Vision has Christians and non-Christians within their donor base. All of that came to a head over the gay marriage debacle,” Portella said. “It wouldn’t surprise me if they are retroactively finding themselves an evangelical organization. They’re not going to gain anyone’s trust in waffling in their image and brand.”

The dust-up created additional confusion for the organization’s international affiliates, even though the policy applied only to U.S. employees. International World Vision entities, including those in Canada, the U.K., Australia and New Zealand, clarified that they are separate entities with separate policies that follow local nondiscrimination employment law.

Other World Vision affiliates, meanwhile, took steps to clarify that they weren’t bound by the World Vision proposed policy, which could be seen as unbiblical in parts of Asia, Africa or South America.

The long-term impact of World Vision’s decision could take time to assess, since some donors forgave the aborted policy change and continued sponsorship. But it’s not the first nonprofit to face pushback and an abrupt about-face.

In 2012, the Susan G. Komen Breast Cancer Foundation cut funding to Planned Parenthood over concerns about abortion but later reversed its decision after many supporters balked. As a result, Komen lost about $77 million in contributions, sponsorships and race entry fees (about 22 percent) between 2012 and 2013, according to recently released financial statements.

“World Vision could have a very strong evangelical base that is forgiving,” Portella said. “While it was a big deal in the philanthropic and religious news world, it wasn’t as big a deal where everybody knew what was going on. I could see a certain segment of the population not being clued in. They kind of got lucky.”