VATICAN CITY (RNS) Pope Francis on Monday (July 7) held his first meeting with victims of clergy sex abuse, begging for forgiveness and promising to hold “accountable” the bishops who were complicit in covering up for predatory priests. 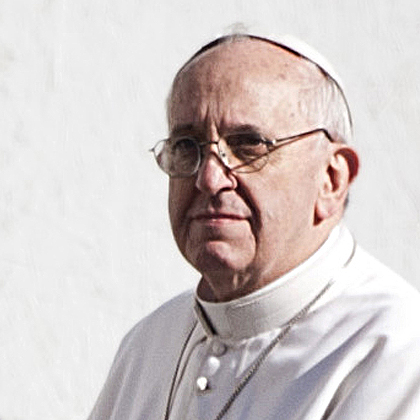 For the first time in his papacy, Pope Francis met with clerical sex abuse victims at the Vatican on July 7, 2014.

Francis held a private Mass with three male and three female victims from the U.K., Ireland and Germany before meeting them individually for around 30 minutes. In total, the first-ever meetings spanned more than three hours.

“Before God and his people I express my sorrow for the sins and grave crimes of clerical sexual abuse committed against you. And I humbly ask forgiveness,” the pope said, according to a Vatican transcript of his morning homily.

Irish survivor Marie Kane, who was among the victims who met with Francis, said later she believed the pope spoke from the heart but warned if the Catholic Church did not change it would “disappear.”

In his homily delivered Monday in his native Spanish, Francis said he felt “deep pain and suffering” for the “despicable actions” of priests and bishops who had abused their vocation and violated their victims.

“I ask for the grace to weep, the grace for the church to weep and make reparation for her sons and daughters who betrayed their mission, who abused innocent persons,” he said during the Mass held at the chapel next to the Vatican residence where he lives.

“All bishops must carry out their pastoral ministry with the utmost care in order to help foster the protection of minors, and they will be held accountable,” he said without elaborating on what accountability might look like.

Francis noted that abuse was often a source of “unrelenting emotional and spiritual pain, and even despair,” and expressed his “ love and sorrow” for families who had also suffered from the suicide of a victim.

“I beg your forgiveness, too, for the sins of omission on the part of church leaders who did not respond adequately to reports of abuse,” he said.

Kane, a 43-year-old mother of two, was abused as a teenager. Speaking publicly for the first time, she said the cover-ups in the church had been “unbelievable” and she hoped Francis could stop the practice of shuffling abusive clerics from one parish to another.

“He said he was sorry for what happened; I felt it came from the heart,” Kane told RTE Radio. “I think he realizes he has a lot of changes to make; I would like to believe he will. The church will disappear if it doesn’t change.”

Francis was accompanied by Boston Cardinal Sean O’Malley, one of his closest advisers and the man tapped to help clean up the massive abuse scandal in Boston a decade ago. O’Malley also heads the pope’s blue-ribbon task force to make suggestions on implementing abuse reforms around the world.

But the Survivors Network of those Abused by Priests, which represents 18,000 members around the world, said far more needed to be done to stop what it called an ongoing crisis in the church.

A Pew Research Center survey released last December showed that 70 percent of U.S. Catholics want the abuse scandal to be a “top priority” for the pope, and the issue ranked as “the most important” problem facing the church.

“Children are being assaulted by clerics right now. Bishops are concealing these crimes right now. And Francis must take decisive action right now, action to expose and remove clerics who commit and conceal heinous crimes against the most vulnerable,” SNAP President Barbara Blaine said in a statement.

Another U.S.-based group, Bishop Accountability.org, said the pope had been “largely silent” on clerical abuse in his native Argentina and he must remove and discipline abusive clerics.

Asked why the meeting included no American victims, even though the U.S. scandal prompted worldwide attention, Lombardi said it was “not such an easy thing to organize an event like this” and the intention was to create a moving experience.

“It was possible with six people; if we had 12 it would have been a different thing,” Lombardi told a packed news conference. “It was a good choice.”

The pope has signaled an approach of “zero tolerance” and introduced tougher Vatican laws against child abuse, even as he faced some criticism for being slow to address the abuse scandal in his nearly 18 months as pope.

The church came under fire earlier this year from two United Nations inquiries for its abuse record, and the pope flagged his first encounter with victims as he returned from his trip to the Holy Land in May.

Last month, the Vatican defrocked Archbishop Jozef Weselowski, former ambassador to the Dominican Republic, and he is likely to face a criminal trial for alleged child sexual abuse that took place in the Caribbean country.

The pope’s abuse commission, led by O’Malley, met Sunday for the second time since Francis established the panel in March and is considering adding new members from Asia and Africa when it meets again in October.