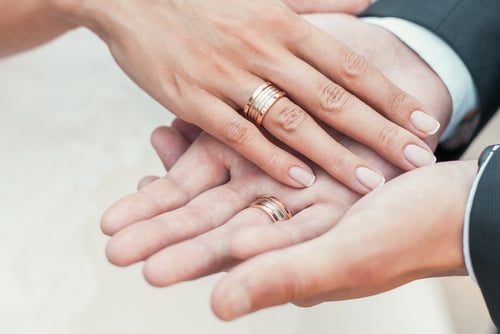 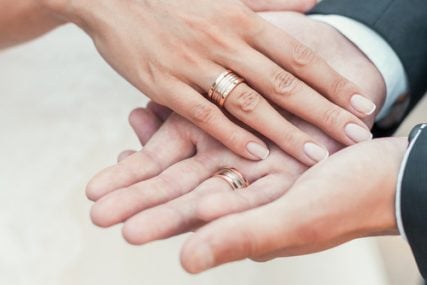 Groom holds the bride's hand in his hand.

VATICAN CITY (RNS) For years, they have been invisible and often afraid to identify themselves. But the women sometimes dubbed “God’s rivals”  are no longer willing to remain silent.

Twenty-six Italian women who are married to or in relationships with Catholic priests want clerical celibacy to be overturned by the world’s bishops when they meet in Rome for their global synod on the family in October.

And they are angry that Pope Francis has not responded to a letter they sent earlier this year urging him to relax the Roman Catholic Church’s mandatory position on clergy celibacy and recognize their relationships.

“We are aware that the serious foreign political news, particularly in the Middle East, has left little time for our stories, which in the face of violence and death, seem inevitably to disappear,” the women said in a statement sent to Religion News Service.

“However we wish to resume dialogue with all who find themselves in our situation and with the Holy Father, particularly in light of the synod on the family which is about to begin.

“Our major fear is that the memory of our letter, which has never had a response, is being slowly stifled and that everything is really being lost in that silence.”

One of few women to go public is Anna Ferretti from Naples. Earlier this year, she told RNS she has been with the priest she married for more than 40 years and they now have four children.

Her husband gave up celebrating Mass and hearing confessions when they got married, but in the couple’s eyes -- if not in the eyes of the church -- he’s still a priest because he never formally renounced his vows. They’ve lived together ever since.

“Celibacy is not a dogma, it is a law,” Ferretti told RNS at the time. “If a priest decides to marry, he can bring new love into the church.”

In their letter to the pope, the women said they wanted to “break the wall of silence and indifference that they are fighting every day.”