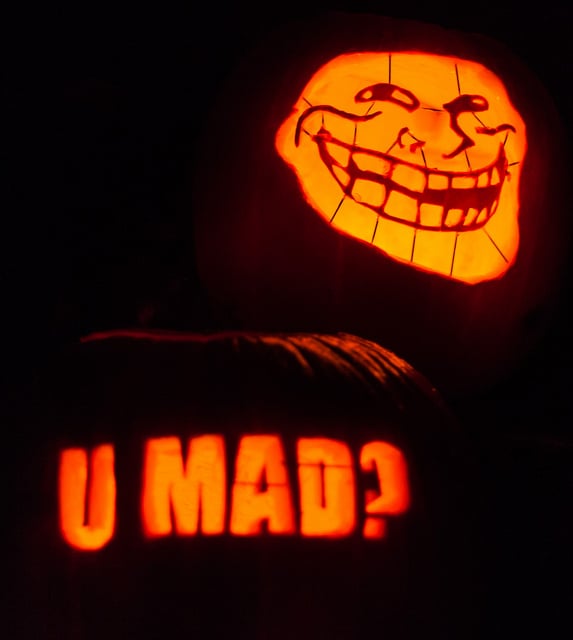 For every inspirational cat video on YouTube there’s a disturbing reference to Hitler’s merits or an overblown account of #CreepingSharia lingering elsewhere on the web.

Sometimes hatred erupts in the comments section immediately below that friendly cat video, defying all offline laws of rational behavior and human decency. For evidence, look no further than “Rainbow-Cake Recipe Inspires Comment Apocalypse,” which I challenge you to read without dying of misplaced laughter.

Recognizing that hatred often pervades the interwebs, how can we balance the need for freedom of expression with a reasonable desire not to be attacked for our ethnicities, faiths, genders or sexual orientations?

Last week, the Anti-Defamation League (ADL) released its 10 “Best Practices for Responding to Cyberhate,” aimed at Internet providers and users.

The list emerged after months of meetings between civil society groups, academics, and legal and corporate representatives from the likes of Facebook, Google, Microsoft, Twitter and Yahoo.

These best practices call on internet providers to offer users transparent guidelines and mechanisms for reporting hateful content and to take those reports seriously, responding in a timely and consistent manner.

This emphasis on counter-speech rather than knee-jerk censorship is important.

“The Best Practices are not a call for censorship, but rather a recognition that effective strategies are needed to ensure that providers and the wider Internet community work together to address the harmful consequences of online hatred,” said ADL’s national director Abraham H. Foxman in a prepared statement.

ADL was founded in the U.S. in 1913 to stop the defamation of Jews and to to secure justice and fair treatment to all citizens. These best practices are certainly timely and relevant to ADL’s mission, as online and offline anti-Semitism continues to surge across Europe.

But what difference will this list of best practices really make?

The Internet companies represented say they already implement their own community standards and policies in line with these practices. Their buy-in is important but far from remarkable. It’s newcomers and late-starters that need to get on board.

As far as “Internet Community” best practices are concerned...there’s no such thing as one singular Internet Community. Those tips are rooted in a utopian (/dystopian?) fantasy where everyone’s on the same page, where rainbow cake comment apocalypses are mere satire rather than reality.

Still, these are good guiding principles. The fact that they’re apparently not obvious to everyone is disturbing and certainly justifies their existence.

Last week we hosted a Google Hangout to discuss how media professionals from across the globe moderate online comments when religious hatred and intolerance come into play. We’ll be promoting this more widely soon, but here’s a sneak peek.