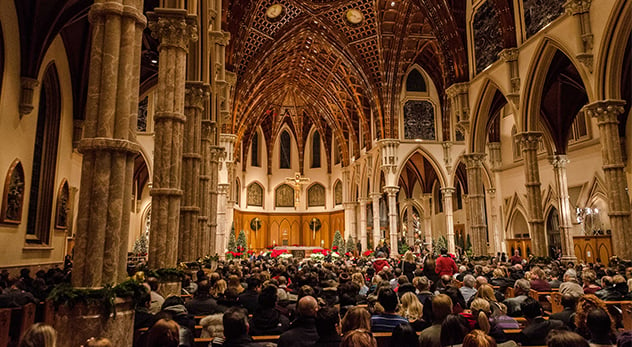 The rise of the “spiritual but not religious” in America has created a lot of conversation among Christians over the last two years. Former pastor Kelly Bean is arguing that the trend might be a good thing. – Image courtesy of Kevin Gebhardt: http://bit.ly/ZXXCOM

The rise of the “spiritual but not religious” in America has created a lot of conversation among Christians over the last two years. Now one pastor and activist is arguing that the trend might be a good thing. Kelly Bean is former pastor of Third Saturday Organic Community and coplanter of Urban Alley, a egalitarian intergenerational intentional community in north Portland, Oregon. She is author of “How to Be a Christian Without Going to Church,” which explores the benefits of alternative forms of worship. Here we discuss her message and whether it jibes with the Bible’s teachings.

RNS: It is understandable that some people don’t want to wake up on Sunday mornings and listen to a preacher talk past them. But Christians are still called to be a part of the church, so is going lone wolf really an option?

KB: Let me push back a bit. It is one thing to state a warning about the lone wolf syndrome as a statement of fact, and it is another to use it as a response or a rebuke to people who may be feeling for a variety of reasons that they have no alternative but to leave church as they have known it. I hope that those who read my book will hear me loud and clear when I say, “Please, DO NOT GO IT ALONE.”

You are right that the lone wolf individualist is the last thing that the world needs as a representation of Christ, and is it far from the biblical call to be the Body of Christ.

RNS: The word “ecclesia” (translated “church”) in the New Testament almost always refers to a local assembly of people who gather regularly. Does this matter?

KB: One question that is pressing here is, “How do I actually be the Church, rather than just go to church. Another is, “What is the way forward for someone who no longer can find a way to stay in church as they have known it but who is not leaving the faith?” [tweetable]In some cases, people are compelled to leave church to save their faith.[/tweetable] Part of the answer to these questions includes the need to be known by and be in relationship with other Christians, whatever form our Christian community takes.

I love the church, in all its forms. I have friends who are wonderful ministers and priests, and I admire their sacrificial work and calling. I would hate to imagine a world without a visible face for church, and I would never encourage anyone to leave a church they find themselves at home in, or to flippantly chase after “church novelty.” I take commitment seriously.

Yet in many cases, alternative forms of Christian community require even more commitment to each other and the people we are serving than we would have ever spent while attending a congregation on Sunday mornings.

RNS: What are some of the alternatives to traditional church worship?

KB: Christian community can be formed through simple and do-able action, by engaging in real friendship with a willingness learn from and share with others. Neighborhood BBQ’s, scripture studies in pubs, community formed naturally around meeting specific needs in a neighborhood or on the other side of the world, mentoring relationships that lead to deep discipleship, creative connections through art, music and more, living more sustainably by sharing possessions and homes, meeting in living rooms, all can and are becoming rich soil for meeting Jesus and being Christian in a way that transforms our lives and the world, one person at a time.

The good news is that we are blessed with a beautiful and rich heritage of practice, history, theology, liturgy and of course scripture. We don’t abandon our Christian story as we explore new forms, but we make our way forward, charting new territory with reliable guidance. 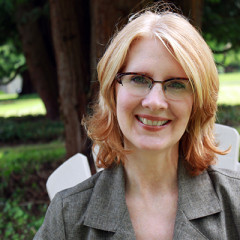 RNS: Can you give us an example of an alternative community that’s really flourishing?

KB: In our consumer culture, flourishing often means large, growing and financially well-positioned. What I found heartening in my research and in the expressions of Christian community “outside of church” that I am personally familiar with is that there are many ways to flourish.

The danger in offering a single example is that we humans tend to like how-to guides and blueprints. I believe that we as people who follow Jesus are responsible to know their times and the place they are situated and respond wisely and appropriately to that particular opportunity. In my book you’ll find accounts of a wide assortment of forms of Christian community. Exploring best practices from a variety of communities can be of help in shaping healthy Christian community in your own context.

One key to flourishing is to know that we don’t hold all the answers or know the new “right” way to do something. I encourage my readers in this way—If you find you are called to leave church, please go gently and instead of going away from something, go toward something. [tweetable]If the Holy Spirit is calling you, she will lead the way.[/tweetable]

RNS: Many of the liabilities of a church community–disagreements, transitions, personality differences, etc–seem to me to be opportunities to growth. They are actually gifts, no?

KB: I agree with that fully. And, even more, what I can tell you as one who has been part of an Intentional Christian Community for over four years now, is that the more relational the context and the smaller the more opportunities there are for the sort of growth, transformation, and formation through friction in relationship with others. This may not be the most enticing proclamation to make about smaller, relational expressions of Christian community, but it does answer the question. Leaving traditional church and seeking earnest expressions of communities of Jesus in not an escape hatch but a step into the deep waters of growth. Truly gifts.

RNS: In your opinion, what’s the most important thing for pastors and other church leaders to know about the needs of folks who are leaving their churches?

KB: Listen and learn from the questions and critiques of those who are leaving–or catch them before they go and listen and learn. (Maybe if you take them seriously, they will stay.) Empower mature Christians in your congregations to lead freely in the way they are called to–not just to fill help-needed slots–and reconsider the use of your building and your funds. Take frequent deep breaths and remember God knows the story of your church. If we choose to embrace this time in Christian and church history with open arms and hearts, it may be one of the most exciting and promising times for pastors and church leaders.

RELATED: “Why Christians need the church: An interview with Lillian Daniel”