(RNS) The nation’s Catholic bishops have chosen a mixed slate of delegates for next year’s high-level Vatican summit on the family, including outspoken culture warriors who are sometimes viewed as out of step with Pope Francis’ priorities.

The contrasts among the four delegates and two alternates, whose names were reported by the National Catholic Reporter on Friday (Nov. 14), are another sign that a hierarchy built to battle hot-button social issues is still trying to come to terms with the pontiff’s new emphasis on pastoral outreach and social justice. 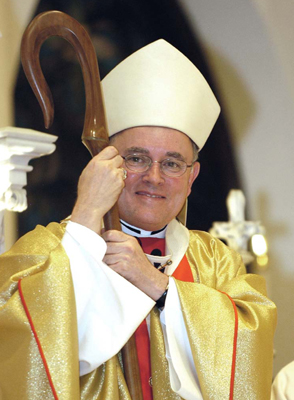 The selections, made in closed-door voting on Wednesday (Nov. 12) near the end of the annual meeting of the U.S. Conference of Catholic Bishops, include Philadelphia Archbishop Charles Chaput, a leading conservative who has voiced concern about Francis’ lack of attention to his right flank.

The results raised some eyebrows because the bishops did not include Boston Cardinal Sean O’Malley, though he was reportedly one of the nominees. O’Malley is considered the American prelate closest to Francis, and it’s possible — even likely — that Francis could appoint O’Malley as a delegate to the worldwide gathering of bishops in Rome.

By custom, the Vatican must confirm all the selections made this week before they are publicly announced.

Next year’s summit is a follow-up to last month’s synod of leading bishops from around the world that sparked controversy because of its efforts to recast the church’s approach to gay and cohabiting couples and others in positive terms.

Many conservative churchmen denounced the moves as dangerously confusing or as a threat to doctrine, and they have vowed to use the coming year to lobby against any reforms.

Chaput last month criticized some of the synod’s efforts to be more welcoming. He also said that “the public image that came across was one of confusion” and that “confusion is of the devil.”

The choices of Kurtz and DiNardo, as the USCCB’s top two officers, were expected. Many view Gomez, a onetime assistant bishop to Chaput, as a reliable conservative.

But the polarization — or balancing act — between the two wings of the hierarchy was especially noticeable in the selection of the two alternate delegates: The bishops reportedly chose San Francisco Archbishop Salvatore Cordileone, the hierarchy’s outspoken point man in the fight against gay marriage, and Bishop Blase Cupich of Spokane, Wash., a moderate and a strong social justice proponent who will soon become the new archbishop of Chicago.

“If they wanted to send the people closest to the pope they would have elected Sean O’Malley and Blase Cupich. But they didn’t,” said the Rev. Thomas Reese, an analyst for National Catholic Reporter who first reported the slate of names.

“It is just where they are right now,” Reese said. “The majority of the conference doesn’t know what to do with the pope. The bishops are like deer in the headlights, and they don’t know which way to jump.”

The U.S. bishops are facing not only more intense debates about family and marriage in the Vatican next October, but Francis himself is expected to visit the U.S. in September for the first time, probably making stops in New York, Washington, and in Chaput’s archdiocese, Philadelphia, where Francis would conclude the World Meeting of Families.