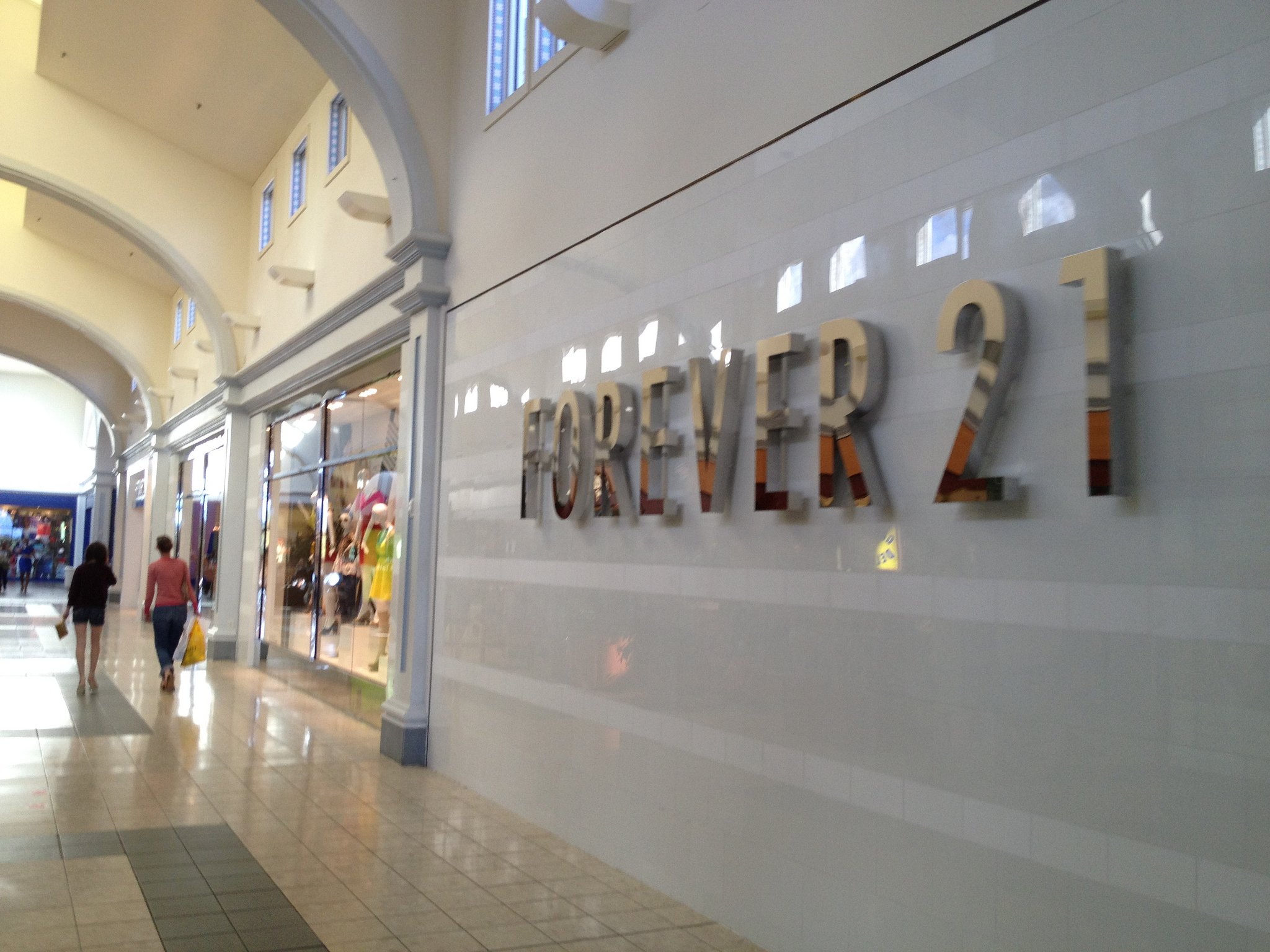 On this oh-so-American near-holiday of Black Friday, shoppers may find more than a bargain. They may find little bit of Bible included with their purchase.

Here are six brands that include Bible verses prominently in their brands and three that have stopped the practice. 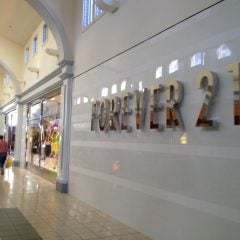 Forever 21 is the Hobby Lobby of the fashion retail market -- viewing itself as an explicitly Christian company. Forever 21 shows their faith by printing "John 3:16" on the bottom of their bright yellow shopping bags.  In 2011, the store also featured a new line of oversized t-shirts with slogans:

The owners, Don and Linda Chang, reportedly founded their company after a time of prayer. God told them to open a store and that he promised the store would be successful. According to Forbes, the chain is the 118th largest private company in America, employing 30,000 and bringing in $3.5 billion in revenue. 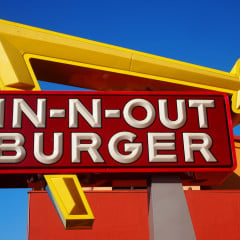 The California based fast food chain is incredibly popular up and down the coast. This is a company that knows what it does best: fresh made burgers, fries, and shakes. the menu is simple (though there are a few "secret" variations).

If you like to buy your burger with a clear conscience, rest at ease. Eric Schlosser's expose Fast Food Nation featured In-n-Out as the one company that was doing fast food right. The ingredients have high quality control. The meals made fresh in the restaurant, not some factory. Even the fries are sliced into fries on the spot. And the employees are well-paid. Last year, a starting employee earned $10.50 an hour (two bucks higher than the second place wage in the industry). Each employee -- including part-time -- receives benefits including medical, dental, and vision coverage.

In-n-Out also prints references to Bible verses on the bottom of their cups, including John 3:16 and Proverbs 3:5 ("Trust in the Lord with all your heart and lean not on your own understanding.").

Photographer Darwin Bell (who took the picture of In-n-Out sign), summed up the feeling that many Californians. Bell said, "I LOVE me some In-N-Out Burger, religious scriptures on the bottom of the beverage cups be damned!" 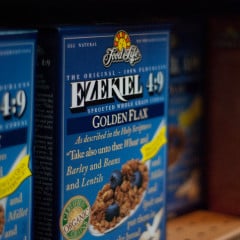 Food for Life is a health food company with a devoted following. Most of its line of cereals and breads is named for Bible passages. The Bible verses are preachy -- they actually describe the food. There are two main lines "Ezekiel 4:9" and "Genesis 1:29."

Ezekiel 4:9 is a multi-grain brand whose name refers to God's command to Ezekiel:

Take wheat and barley, beans and lentils, millet and spelt; put them in a storage jar and use them to make bread for yourself...

It's other line is Genesis 1:29. This line includes a recipe of 16 grains and seeds. Its name is fitting given the verse:

Then God said, “I give you every seed-bearing plant on the face of the whole earth and every tree that has fruit with seed in it. They will be yours for food.

Promise Land Dairy is a Christian-run kosher dairy located in Texas. That's right. The owners are Christian, but they raise their cows and produce their products by kosher standards. Their products feature reference to Deuteronomy 26:9

He brought us to this place and gave us this land, a land flowing with milk and honey.

The dairy explains their decision to put the verse on its products this way:

Since our founding in 1987, we’ve always tried to maintain a wholesome brand image and stay true to our Christian heritage. The origin of the scripture dates back to our first days of developing a dairy in Floresville, Texas. We discovered that the barren land was full of honeybees. We chose to put Deuteronomy 26:9—a verse that refers to a “Promised Land flowing with milk and honey”—on our bottles because our farm was, quite literally, flowing with milk and honey. And yes...that verse is where we got the Promised Land name.

Goldhen Eggs provides eggs to the Aldi grocery chain. Inside each package of eggs is the a full printing of Psalm 118:24

This is the day which the Lord has made; let us rejoice and be glad in it.

If you want to have an ironic appetizer for your next potluck, go to Aldi's website and use their recipe to turn the Goldhen Eggs into, you guessed it, deviled eggs. 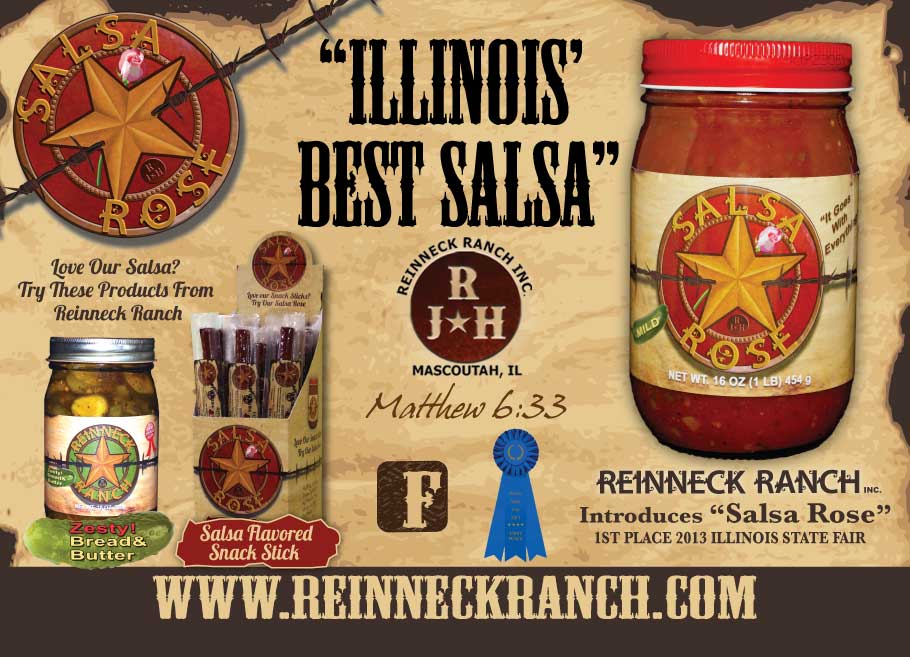 Finally, a local favorite. I noticed this use of the Bible at a display in our grocery store. Illinois may not be the first (or even forty-ninth) state you think of when you consider salsa, but Reinneck Ranch's Salsa Rose is actually really good.

But seek first his kingdom and his righteousness, and all these things will be given to you as well.

I'm pretty sure salsa-flavored snack sticks and salsa weren't some of "these things" but who am I to judge.

Just because a company features the Bible doesn't mean it will also do so. There are some prominent brands that have dropped the Bible.