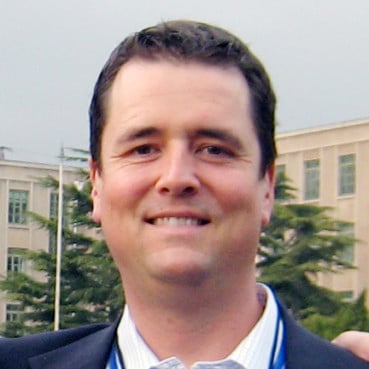 (RNS1-June 12) John Dehlin. For use with RNS-MORMON-COUNCILS transmitted on June 12, 2014, Creative Commons image by Tom Caswell

In 2013 the Church of Jesus Christ of Latter-day Saints published a web portal on the “importance of protecting religious freedom.”

Text on the site states:

religious freedom — akin to “freedom of conscience” — is the human right to think and believe and also to express and act upon what one deeply believes according to the dictates of his or her moral conscience. This freedom applies to those who adhere to religious beliefs and those who do not.

The official charge against the founder of the “Mormon Stories” podcast was “conduct contrary to the laws and order of the church,” but a letter from King called it “apostasy” and cited evidence for the unanimous decision:

Dehlin maintains that the church excommunicated him for refusing to censor his podcast and for championing same-sex marriage and the ordination of women as priests.

When Kate Kelly, international human rights lawyer and advocate for women clergy, was booted on apostasy charges last June, I argued that the church’s obsession with controlling its image amounted to short-sighted censorship. I still think that’s true. I also think the church needs to seriously consider how its actions affect  its advocacy efforts on international freedom of religion or belief.

I can't help but think of countries that still have blasphemy laws on the books, like Ireland. If Ireland tells Pakistan to drop its blasphemy laws, which regularly result in score-settling arrests and vigilante murders, Pakistan will inevitably point and laugh at the Irish constitution. To criticize Pakistan with any degree of legitimacy, Ireland needs to have its own house in order.

The same logic applies to the Mormon Church. You can’t pretend to champion Article 18 of the Universal Declaration of Human Rights (which includes freedom of thought and conscience), deny your own members those freedoms, and still expect people to take you seriously.

A regional church leader told Dehlin, “I acknowledge your right to criticize the church and its doctrines and to try to persuade others to your cause...but you do not have the right to remain a member of the church in good standing while openly and publicly trying to convince others that church teachings are in error.”

Fair enough. LDS Church, I acknowledge your right to excommunicate members, but you can’t remain a member of the Freedom of Religion or Belief community in good standing while openly and publicly denying your members the full range of freedoms enshrined in Articles 18 and 19 of the UDHR.