2. Add the Central African Republic to the baddies.

The ethnic cleansing of Muslims, the destruction of hundreds of mosques and the displacement of a million people amid violence between majority Christians and minority Muslims was more than enough evidence for USCIRF to recommend that the Central African Republic be downgraded to CPC status. While that designation has historically been reserved for government violations, CAR has been without a functioning government for two years, allowing sectarian militias to carry out these abuses. USCIRF recommends the U.S. government prioritize ending sectarian violence and reducing interfaith tensions in its ongoing engagement with CAR. 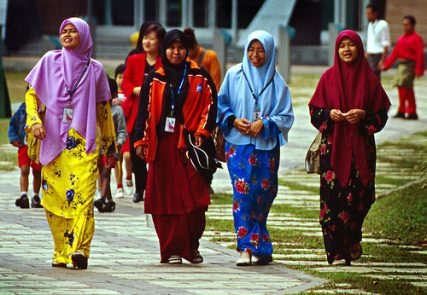 In addition to its 17 CPC recommendations, USCIRF lists 10 “Tier 2” countries where religious freedom violations are serious but do not meet CPC standards. This list remains unchanged from last year (Afghanistan, Azerbaijan, Cuba, India, Indonesia, Kazakhstan, Laos, Malaysia, Russia, Turkey), but Malaysia is on the brink of CPC recommendation after government officials and religious leaders pushed through a slew of new laws and policies diminishing legal protections for religious minorities. “Deviant” religious groups, including Shiite, Ahmadiyya and Baha’i communities, are banned. Non-Muslims cannot use the word “Allah,” and civil and Shariah courts increasingly police religious expression.

USCIRF wants the International Criminal Court to prosecute Islamic State violations against religious and ethnic minorities in Iraq and Syria. To do so, it’s asking the U.S. government to support a referral by the U.N. Security Council to the International Criminal Court to investigate Islamic State atrocities. It also wants Congress to amend the International Religious Freedom Act — under which USCIRF itself was established — to allow CPC designation of countries where non-state actors violate religious freedom in political vacuums, such as parts of Iraq, Syria, CAR and Nigeria.

Despite much gloom and doom, there were a few silver linings in the report. Religious freedom and harmony have improved in Cyprus, resulting in greater access to houses of worship across the Green Line separating north from south. Nigeria witnessed its first peaceful democratic transfer of power earlier this year when Muslim northerner Muhammadu Buhari ousted Christian southerner Jonathan Goodluck at the polls. And Sri Lanka’s new government has taken positive steps to promote religious freedom and unity in the face of violent Buddhist nationalism.