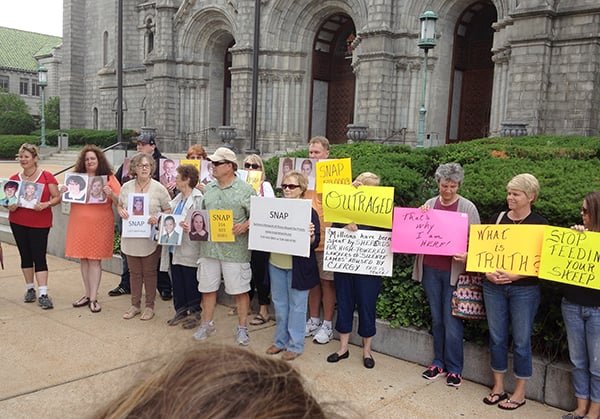 Catholics and sexual abuse survivors protest in front of the Cathedral Basilica of Saint Louis on June 11, 2014.

BOSTON, Sept 10 (Reuters) – Mark Rozzi says he was 13, a young altar boy, when a priest at his eastern Pennsylvania parish sexually assaulted him in a shower.

It took Rozzi, who says the priest spent a year grooming him with trips to McDonald’s and secretly shared beers, a quarter century to talk about the experience publicly. By then it was too late for any legal action.

Now a 44-year-old Pennsylvania state representative, Rozzi is a driving force behind one of about a dozen bills making their way through legislatures in states including New York and New Jersey that aim to give child sex assault victims more time to sue their attackers.

When Pope Francis makes his first visit to the United States this month, he will find that wounds from the U.S. Catholic Church’s sex abuse scandal are still festering – and draining its finances – more than a decade after it burst onto the national stage.

The pontiff has vowed to root out “the scourge” of sex abuse from the Roman Catholic Church, and this year created a Vatican tribunal to judge clergy accused of such crimes.

READ: Cardinal O’Malley: The Catholic sex abuse scandal is far from over

Vatican officials say the abuse issue will not be a major focus of the pope’s U.S. visit but that he will address it, either at his meeting with U.S. bishops in Washington on Sept. 23 or at vespers with priests and nuns the next day, or both.

(At a briefing with papal visit experts in Washington, John Allen of the Boston Globe said he would, “bet real money” that Francis will meet private with a few victims, just as former Pope Benedict XVI did in Washington in 2008.) 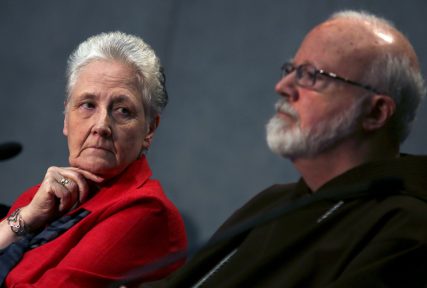 Irish abuse victim Marie Collins, left, member of the Pontifical Commission for the Protection of Minors, looks at Cardinal Sean Patrick O’Malley during their first briefing at the Holy See press office at the Vatican May 3, 2014. Photo courtesy REUTERS/Alessandro Bianchi.

At the start of his papacy, Francis was accused of moving too slowly on sexual abuse. He later set up a commission to advise him on how to root out the problem, reach out to victims and to advise dioceses on how to employ best practices.

But U.S. victims’ advocates contend the biggest obstacle they face in giving victims more time to report abuse remains the Church itself, and want the pope to change that stance.

The U.S. church has already been dealt a heavy financial blow by settlement payments and other costs totaling around $3 billion, which has forced it to sell off assets and cut costs.

“It is the bishops who have blocked any kind of meaningful reform,” said Marci Hamilton, a professor at the Cardozo School of Law in New York who studies statutes of limitations.

“The bishops and the pope have a lot of explaining to do as to why it would be in their mission to keep all of these victims from seeking justice.”

Reports that Catholic priests had sexually assaulted children, and that bishops had worked to cover up the rapes, first became big news in 2002.

As many as 100,000 U.S. children may have been the victims of clerical sex abuse, insurance experts said in a paper presented at a Vatican conference in 2012. Some 4,300 members of the Catholic clergy were accused of sexual assault, of which at least 300 have been convicted, according to Bishop Accountability, a private group that has tracked the scandal.

U.S. statutes of limitations for criminal and civil cases vary widely from state to state, making for a patchwork system determining victims’ rights to seek redress in the courts.

Six U.S. states, including Connecticut and Delaware, have extended their statutes of limitation for child sex abuse.

A victim of child sex abuse in Delaware, for example, no longer faces any deadline to launch a civil suit against an alleged abuser, and one in Connecticut has until age 48, with no limit if the person is convicted of first-degree sexual assault. Pennsylvania law gives a victim only until age 30 to take legal action.

Bishops’ lobbying groups are fighting efforts to extend the statue of limitations in the District of Columbia, Maryland, and Iowa.

New York bishops since 2006 have been fighting a bill that would eliminate both civil and criminal statute of limitations for past cases of child sex abuse, though they say they support an alternate proposal that would only apply to future abuse.

The Church contends that allowing victims to sue over abuse decades ago would open the way for cases based on flimsy evidence as well as take a further heavy toll on its finances.

Its opposition is most effective in northeastern states with large Catholic populations such as New York, New Jersey and Pennsylvania. Such states have sizeable delegations of Catholic lawmakers who are responsive to the Church’s view that extending statues would hurt its social mission, from closures of parishes to cutbacks of church-run schools and other programs.

Hefty settlement costs have forced dioceses to close parishes and sell off properties. The Archdiocese of St. Paul and Minneapolis in Minnesota in January became the 12th U.S. diocese to file for bankruptcy.

“Statutes of limitations exist to ensure a just verdict can be reached,” said Amy Hill, spokeswoman for the Pennsylvania Catholic Conference, the bishops’ political arm in the state.

“Over time witnesses’ memories fade, evidence is lost or never found, and in many instances perpetrators or witnesses may be deceased.”

READ: 5 lessons from the resignation of Bishop Robert Finn (ANALYSIS)

Civil suits are often the only legal avenue they have to seek redress and that naming alleged abusers in court can help stop them targeting other victims, victims’ advocates say.

Rozzi ran for office promising to change the law in 2012 after learning that three childhood friends who had also been sexually abused by priests had committed suicide.

The priest in question was charged in 2002 with sexually assaulting a 15-year-old boy in Texas and died while awaiting trial, according to media reports.

“When I was 13 years old and I was standing in the shower getting raped with my best friend outside the door, do you think I knew what a statute of limitations was?” Rozzi said.

His bill would give child victims of sex assault in Pennsylvania until the age of 50 to file civil suits. 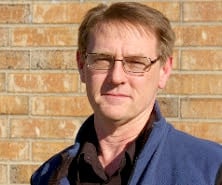 David Clohessy, executive director of the Survivors Network of those Abused by Priests (SNAP), is disappointed that the settlement took years.

Victims’ advocates said they view extending or abolishing statutes of limitations as the best way to force Church leaders to take further action. They want Francis, who has pulled the Church in a more liberal direction on social issues, to take a more forceful stance by firing bishops found to have protected pedophile priests.

“The pope has virtually limitless powers,” said David Clohessy, executive director of the Survivors Network of Abuse by Priests, who was sexually abused by a priest as a child.

“He could sack, and should sack, literally dozens of bishops tomorrow and if he does that, that’s what will make a difference. That’s the missing piece.”