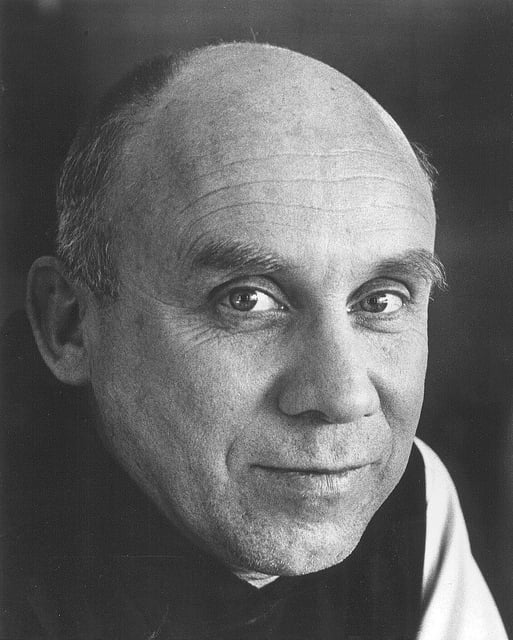 WASHINGTON (RNS) At his speech before Congress on Thursday (Sept. 24), Pope Francis listed Trappist monk Thomas Merton as one of four exemplary Americans who provide wisdom for us today.

The pope did not choose to hail anyone associated with the institutional Catholic Church as his models. Instead he chose a former president, a Protestant minister, a lay Catholic and a monk.

That monk was significant because 10 years ago, when the first national Catholic catechism for adults was published in the U.S., Merton’s name was omitted as not Catholic enough.

The editors had included Merton in an earlier draft. In fact, the opening chapter told the story of Merton’s conversion. The editors understood that Merton’s story was quintessentially American and that he was central to 20th-century American Catholicism.

At the time, however, two influential conservatives involved in drafting the catechism described Merton as a “‘lapsed monk’ who in his last days went ‘wandering in the East, seeking consolations, apparently, of non-Christian, Eastern spirituality … ”

They were appalled that anyone would hold Merton up as a model of faith, according to Deborah Halter’s 2005 National Catholic Reporter essay “Whose orthodoxy is it?”

When it was leaked that Merton was being excised from the new catechism, Catholics implored the bishops’ catechism committee to reverse its decision. Hundreds of letters flowed in. A petition was signed by 500 Catholic leaders.

The International Thomas Merton Society sent a letter to then-Bishop Donald Wuerl, chair of the committee charged with writing the catechism, and U.S. Conference of Catholic Bishops’ president Bishop William Skylstad, saying they were “deeply disturbed” by the Merton exclusion.

“Merton,” they wrote, “has played a crucial role in the faith journeys of thousands upon thousands of Catholics (as well as other Christians and even non-Christians) both during his lifetime and since his death, and we believe his inclusion in the catechism can and should be a significant way to extend the powerful witness of his life and writings to a new audience.”

Now-Cardinal Wuerl — so prominent at the pope’s side this week in his current role as archbishop of Washington — stated that Merton was removed because young Catholics didn’t know who he was.

Even at the time, that was a weak excuse.

So the catechism was published with no mention of Merton.

READ: Young Catholics drawn to Pope Francis. Church life and dogma? Not so much

And since then the popularity of Merton’s writings and spiritual wisdom has continued to grow.

His monastery in Kentucky is a place of pilgrimage for thousands each year. He is avidly read among the young as well as the old. He continues to provide opportunities for encounter and dialogue. The International Thomas Merton Society’s membership extends across the globe.

Yet the institutional church as it is embodied in diocesan bureaucracy and managerial bishops continues to shut doors rather than open them.

As recently as last week, the Northern California chapter of the International Thomas Merton Society attempted to host a talk by a Merton scholar and well-respected theologian on the topic of Merton’s interreligious dialogue. But the bishop asked the local Catholic Church to host it off-site.

What a missed opportunity.

When Francis chose to lift up Merton before the Congress as an exemplary Catholic American, he knew what he was doing.

“Merton was above all a man of prayer, a thinker who challenged the certitudes of his time and opened new horizons for souls and for the church. He was also a man of dialogue, a promoter of peace between peoples and religions,” the pope said.

It is time for the Catholic Church in America to restore Thomas Merton to his rightful place as an exemplar of Catholic faith within the genius of American democracy in our catechism, in our churches and in our body politic.

(Rose Marie Berger is a Catholic peace activist and poet. John Berger, her father, is chair of the Northern California chapter of the International Thomas Merton Society.)