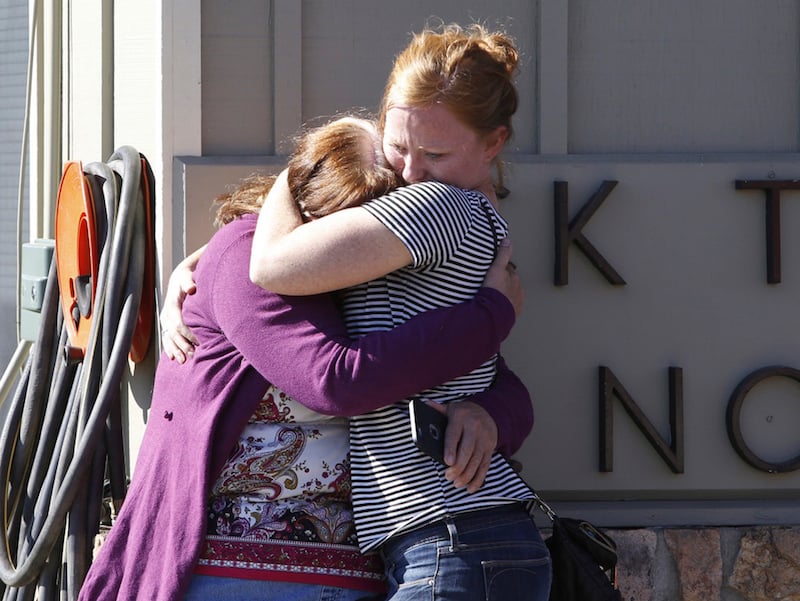 According to early reports, Chris Harper Mercer, the alleged Oregon community college gunman, asked students to stand and state their religion before shooting them.

Stacy Boylen, identified by CNN as the parent of a wounded student, said the killer asked ” ‘Are you a Christian?’ ” He then asked Christians to stand and said, ” ‘Good, because you’re a Christian, you are going to see God in just about one second,’ ” before opening fire. Others have reported Mercer “hated religion” in his online writings.

Such reports are uncertain and often end up being wrong. And, I hope this one is incorrect — although the same general narrative does continue to surface. Regardless, the conversation gives us a moment to consider this reality because, well, it is not that far fetched.

I’m not one who believes Christians in America are persecuted.

I agree with former Anglican Archbishop Rowan Williams that Christians in the West who feel they are persecuted need to “grow up” and not claim persecution when they are simply made “mildly uncomfortable.” The alleged “War on Christmas” hasn’t cost any lives.

Yet, there is in fact a disturbing pattern to shootings in Fort Worth, Texas, New Life Church in Colorado Springs, and in Charleston. Though Charleston was clearly connected to race, in all cases, Christians were targeted. We already have a research database for church shootings.

If this report turns out to be wrong, as others have, the tragedy will remain, as will this reality: people of faith, in some cases Christians, have been targeted in mass shootings. 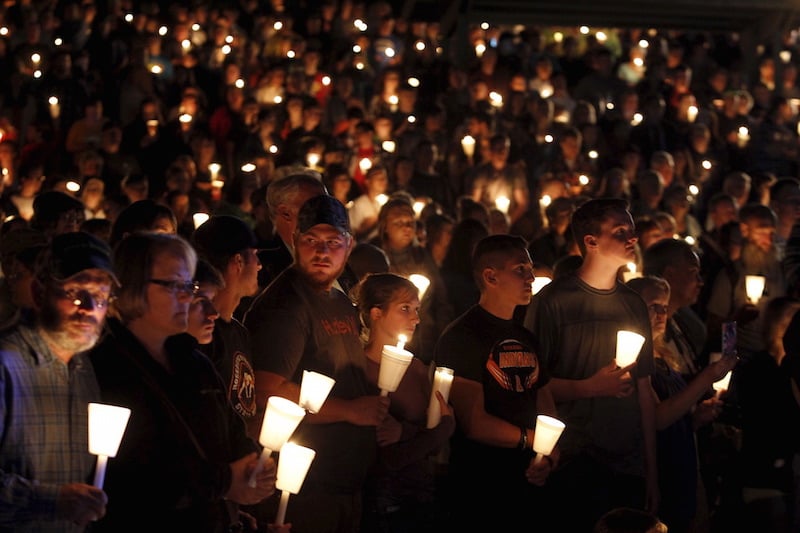 People take part in candlelight vigil following a mass shooting at Umpqua Community College in Roseburg, Oregon October 1, 2015. A gunman opened fire at a community college in southwest Oregon on Thursday, killing nine people and wounding seven others before police shot him to death, authorities said, in the latest mass killing to rock an American campus. Photo courtesy REUTERS/Steve Dipaola

I don’t have all the political answers at this moment. Calls for more gun control resonate with many right now. However, Americans are hardly of one mind on the issue and less than half want stricter gun laws.

Still, understandably, moments like this make us want to do something.

Since this involves Christians and society as a whole, perhaps we should ask what, at this moment, Christians should do, and our society must do.

These things can be done now.

First, Christians need to be ready to give an answer for the hope that they have (1 Peter 3:15), yes, even if that causes our own deaths. As Christians we know trust in the gospel means hope in a greater story, since Christ came into the world to give life that is eternal, not just temporal.

Second, Christians can follow the beautiful example of our brothers and sisters in Christ in Charleston. When evil came knocking, forgiveness answered. The entire nation was touched by the words of victims’ family members toward Dylann Roof just days after that awful tragedy, offering forgiveness and the gospel they knew. We saw a picture of grace — a picture that should look familiar to Christians. Even through pain and confusion we can and should do likewise.

Third, we have to trust God when we don’t understand. The fact is, no one can (nor should they try) to explain this tragedy on this side of eternity. Evil is real and terrible and God does not give us all the answers — but He does give us Himself. And, in times like this, God is all we have — and He is enough.

Fourth, we can work for a more just society. Isaiah 1:17 instructs us to learn to do good, seek justice and correct oppression. God values justice, so we should, too. As we work for justice in the midst of tragedy, we demonstrate a world as God desires it to be.

READ: America welcomes Christians, Jews; atheists, Muslims not so much

I understand the United States’ cultural tension in which Christian-held values do not always align with current popular opinion. But the truth is, the irreligious in our culture must de-escalate hateful rhetoric toward Christians, no matter how vehement the disagreements between us.

We are quick to point out the deadly consequences of enraged right-wingers (think Tucson) and the emotional terrorism of organizations like the Westboro protest cult. Yet, Christians seem to be one of the few groups you can denigrate with impunity, regardless of how the unbalanced in the population are influenced — dare we say radicalized — by such rhetoric.

If Christians are labeled as “haters” simply because they hold views derived from their Scriptures, the elevated rhetoric can, and indeed does lead to violent actions. It is inevitable.

I am not saying we don’t criticize, but we must not demonize. When we demonize others — Christians, Muslims, gays, African-Americans or whomever — we give mentally unstable or hate-filled people additional justification to kill. Such actions are not our fault. But, everyone should remember the influence our words can have.

The calculated killing of Christians in America is not widespread, but it does exist.

READ: Do ISIS’s atrocities against Christians, Yazidis and Shias really amount to genocide?

We are not living under the persecution we see under ISIS and we must not pretend we are. Yet, moments like this remind us that our time may come, and, perhaps on a vacation or business trip, we may face a moment like Egyptian Coptic believers did on a beach in Libya.

Or, due to a madman at a community college in Oregon.

May Christians be ready.

As we grieve with the families of the murdered and we pray that the peace of God will guard their hearts and their minds in this difficult time, let’s also do something in light of this tragedy to honor the lives of the victims.

(Ed Stetzer is the executive director of LifeWay Research. This column first appeared in USA Today.)