The cast of “Spotlight.” Photo courtesy of Open Road Films

(RNS) Covering religion in the news media is not for the faint of heart. People of faith accuse writers of anti-religious bias, while nonbelievers allege excessive sympathy for religious subjects. Every story is controversial. Every story necessarily involves something many people hold to be sacred.

Yet it is frequently in the public interest for nonsectarian media to cover religion news vigorously. The Boston Globe’s reporting on the Catholic child sexual abuse scandal in that city was a shining example. Its coverage won the paper accolades, led to the exposure of abuse elsewhere, and is now the subject of a major motion picture. “Spotlight” opens nationwide Friday (Nov. 20).

The movie follows three reporters and three editors who pursued the story in 2001 and 2002. Sensing there was more to the story than a few abusive priests facing criminal charges, a new editor-in-chief assigned the Spotlight investigative team to dig deeper, even at the risk of upending the Catholic power structure in Boston.

The journalists interviewed victims, lawyers, and other sources and ultimately uncovered a systemic failure in the Catholic hierarchy to acknowledge and responsibly deal with scores of priests who sexually abused hundreds of victims.

Even as the number of known abusers grew from a few to nearly 100, the reporters, their editors, and the Boston Archdiocese knew that the most damning and sickening story was the practice of moving problem priests from parish to parish — guaranteeing that more children would be preyed upon.

I moved to Boston the week Cardinal Bernard Law resigned. My flight landed at Logan Airport in the pitch black of a late December afternoon in 2002. Having spent my life among Methodists in Florida and Baptists in Oklahoma, I knew little of Catholicism and its cultural strength in Northeastern cities.

But as I read those chilling Globe reports, I sensed that the darkness and an unusually cold winter were apt metaphors for the heartbreak and pain the scandal caused the city, the archdiocese, and most especially and enduringly, the victims.

The film poignantly depicts the story’s effect on the Spotlight team. Each member was a lapsed Catholic, and each grappled with the emotional toll of such a weighty story. In one scene, a reporter confides to his colleague that he stopped going to church “for the usual reasons,” but always suspected he might go back one day — until he knew the extent of the abuse and cover-up.

A major theme of the movie is how various community institutions, perhaps unwittingly, allowed the scandal to fester and grow. The archdiocese very effectively settled cases quietly, keeping victims’ families and accused priests out of the press and out of criminal and civil courts.

Uncritical deference to the church caused many in Boston to turn a blind eye. New York Times columnist Frank Bruni, who has written a book on clergy sex abuse, laments “the damage done when we genuflect too readily before society’s temples” and “the danger of faith that’s truly blind.”

But the implication that anyone sympathetic to religion is somehow complicit in sex crimes against children is overwrought.

Though “Spotlight” clearly and rightly celebrates the Globe’s heroic journalism, it also acknowledges the paper’s past mistakes. On at least two occasions, a victim-advocate and a lawyer sent the paper extensive documentation of accusations, only to see the story buried.

Globe editor Walter Robinson, who had been part of the staff that years earlier missed the larger story of the church’s role in the scandal, directed the Spotlight team’s reporting. He insisted on extensively establishing the scope of the scandal and the archbishop’s malfeasance before publishing the story.

Robinson found redemption. So did the Boston Globe. 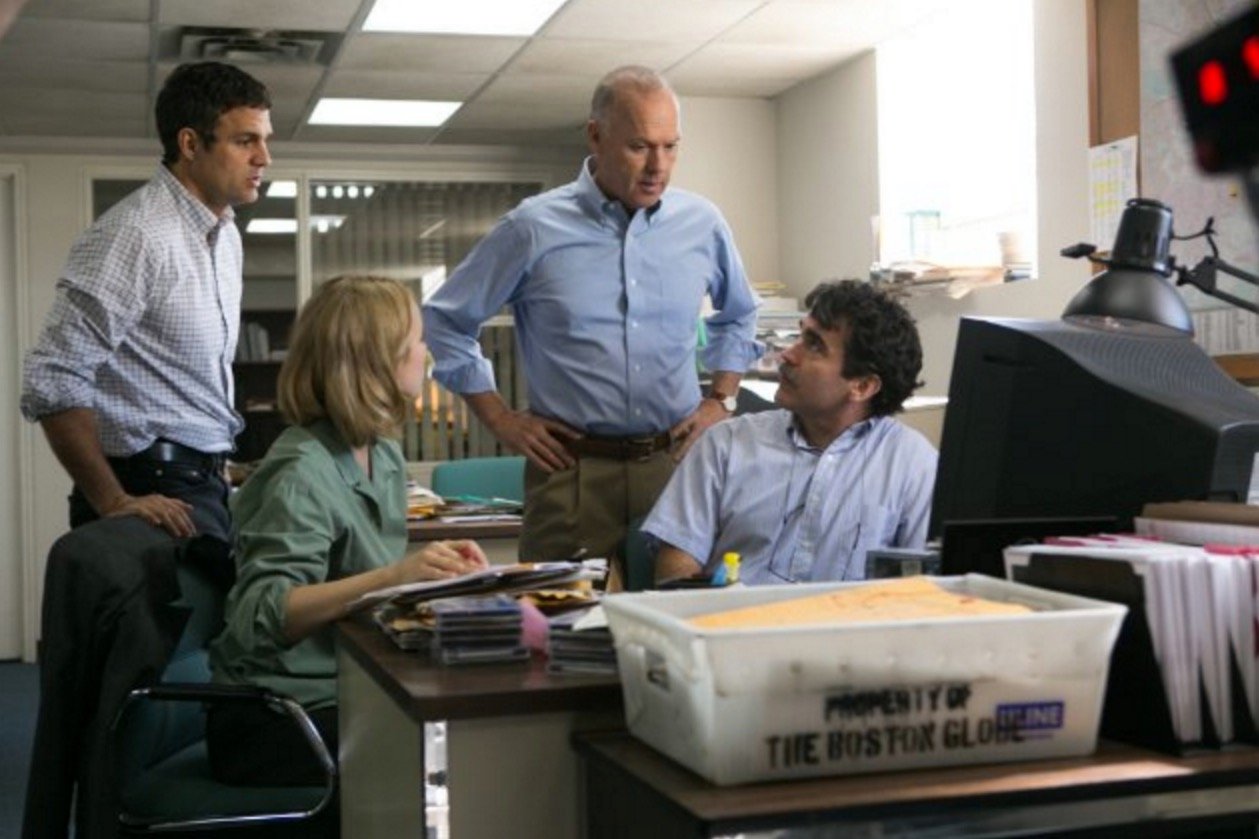 As the community dealt with the fallout of the scandal, I was a theology student at Boston University. Being among liberal Protestant denominations that ordained women, I wondered what difference it would have made if there had been women in prominent positions in the hierarchy. Might they have taken these sins and crimes more seriously?

The modern world poses so many potential challenges to religion: science, pluralism, sexual equality. So many things turn people away. Any of these alone can be a deal breaker. The clergy sex abuse scandal became, for many, insurmountable.

“Spotlight” ends without resolving or even exploring pertinent questions about whether Catholics’ faith in their church can ever be restored. Yet in spite of grave institutional evils, Catholic faith has persisted across the centuries. If a journalist could unlock that mystery, it would be a story worth telling.

(Jacob Lupfer is a contributing editor at RNS and a doctoral candidate in political science at Georgetown University.)