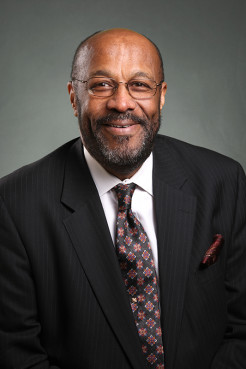 (RNS) The massacre of nine African-American worshippers during a Bible study at a church in Charleston, S.C., earlier this year has led black and white churches to come together in an effort to improve race relations.

On Tuesday (Dec, 15), the Conference of National Black Churches, a decades-old black church organization, will host the latest such interracial religious gathering in the city where the shooting occurred in June.

More than 300 clergy and community leaders are expected to attend the three-day (Dec. 15-17) conference. It will include a worship service at Emanuel African Methodist Episcopal Church, the place where the Bible study was being held. Dylann Roof, the white suspect in the killings, who had hoped to “start a race war,” has been charged with federal hate crimes. “We’re not going to be able to resolve the issues of racism alone, whether it is the black church alone or the white church alone,” said the Rev. Marvin McMickle, president of Colgate Rochester Crozier Divinity School, who will speak at the meeting. “I think both hands have to be on the plow.”

The Rev. James Forbes Jr. of New York’s Riverside Church said clergy will be looking for solutions to the national crises of racism, police brutality and gun violence.

“Only a collaborative effort across race lines holds any prospect for addressing the seriousness of the problem now,” said Forbes, whose Drum Major Institute was co-founded by the late Rev. Martin Luther King Jr.

The Conference of National Black Churches was founded in 1978 to bring black denominations together. Now, said CNBC President Jacqui Burton, “given the crisis and the hurt in our nation,” there is a need to extend the conversation to predominantly white groups. Representatives of the Presbyterian Church (USA), the United Methodist Church, and the Evangelical Lutheran Church in America are expected to attend.

“We really see this convening as a launching pad for at least a three-year focus on race and reconciliation,” Burton said, “and to look at convening these kind of conversations across the country.”

MORE: A year after Ferguson, a practical theology emerges around ‘Black Lives Matter’ 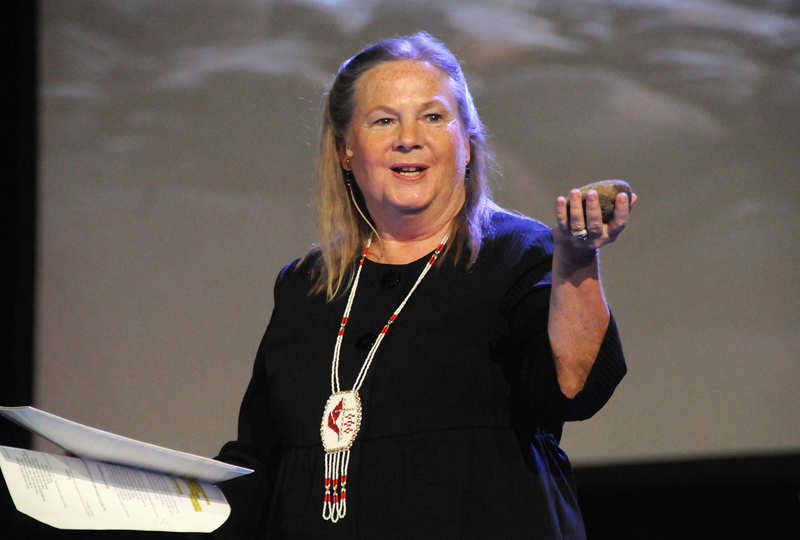 Bishop Mary Ann Swenson holding a stone at “An Act of Repentance toward Healing Relationships with Indigenous Peoples” on April 27 at the 2012 United Methodist General Conference in Tampa, Fla. Photo by John C. Goodwin, courtesy of UMNS

“It’s just really, really important for us to demonstrate that solidarity and our standing with our brothers and sisters so that we can have a country where love is what is the norm and not fear,” said Bishop Mary Ann Swenson of the United Methodist Church.

Gatherings like these have been called by Christians from across the theological spectrum, from Bishop T.D. Jakes to President Jimmy Carter.

“Since the conference I’ve received dozens of messages from pastors, church leaders, and lay members about a new desire and a new willingness not only to hope for racial reconciliation but to actively work for it, especially in churches,” he said. 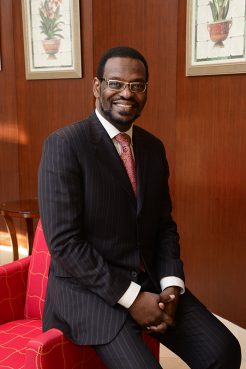 Bishop Harry Jackson, who convened a January “Reconciled Church” gathering of 6,000 people at Jakes’ Dallas church, said there have been follow-up meetings in other states and he hopes to develop a network of chapters that will spearhead interracial cooperation in local communities.

While some predominantly white churches such as the SBC and United Methodists have issued apologies for racism, Princeton University religion professor Albert J. Raboteau said recently that small, face-to-face gatherings, such as sharing meals and Bible studies are “maybe even more important than the larger statements and apologies by denominations.”

Forbes said he has developed such a Bible study guide that is based on the Book of Ephesians and encourages participants to acknowledge their feelings of anger and bitterness but also seek to foster understanding.

“I am proposing that because of what happened in Charleston, that it took place at the Bible study, faith communities ought to, in honor of those Charleston Nine, to hold Bible studies in which there is for the first time a demand that the groups be multiracial,” said Forbes, “and that they discuss issues about what we as individual congregations can do.”