(RNS) In an effort to foster racial unity among Christians, the leaders of the two largest Baptist denominations, one mostly white and the other predominantly black, will meet with pastors from both groups in Mississippi for a “Conversation on Race in America” on Wednesday (Nov. 4).

Leaders of the Southern Baptist Convention and the National Baptist Convention, USA, have expressed concern over racial tensions after the unrest in cities such as Ferguson, Mo., and Baltimore and the shooting deaths of members of Emanuel African Methodist Episcopal Church in Charleston, S.C.

Their voices carry moral weight, given the history of racial segregation in American Baptist churches. However, some black church leaders have acknowledged that they do not have the same level of influence on the protests triggered by recent events that they had during the civil rights movement. 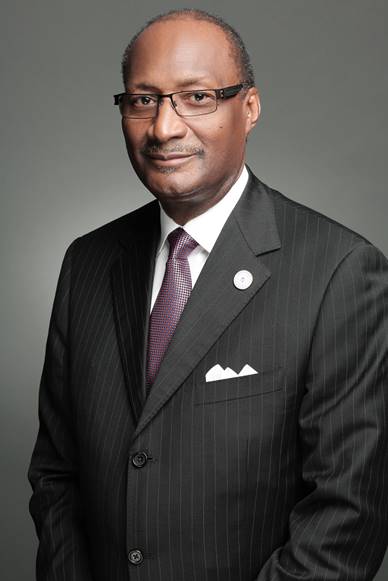 The Rev. Jerry Young, 18th president of the National Baptist Convention, USA. Photo courtesy of Will Sterling of Sterling Photography

The Rev. Jerry Young, president of the NBCUSA, said he anticipates that the discussion in Jackson, Miss., will inspire specific steps for addressing racial reconciliation in the country.

“I hope that all of it in some way will result in some very practical ways in which the church can move forward with this issue and also help to influence the culture,” said Young, whose denomination claims 7.5 million members.

Young and SBC President Ronnie Floyd will each be joined by 10 pastors from their respective denominations for a conversation that will precede an annual luncheon of Mission Mississippi, a Christian organization that has worked for more than two decades to address racism, which its leaders believe hinders evangelism.

“I would hope ultimately that we’re not going to get in a room and rehash the past; that’s not what our goal is,” said Floyd, whose denomination claims 15.5 million members. “But it is to raise the church’s role in leading the way in racial unity and to try to find ways that we can help as the church in this crisis moment in our country relating to that.” 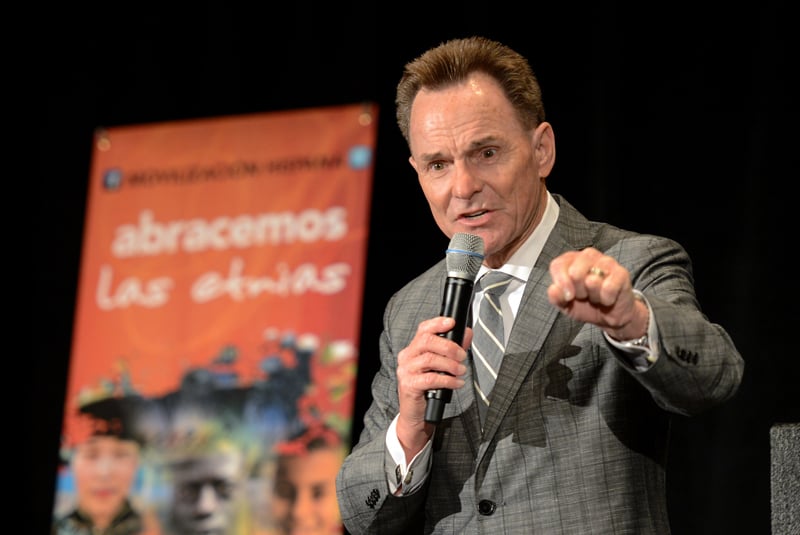 Ronnie Floyd, president of the Southern Baptist Convention and pastor of Cross Church in Arkansas, speaks during AVANCE 2015 at the Greater Columbus Convention Center on June 14, 2015. Photo by Paul W. Lee, courtesy of Baptist Press

The Rev. Neddie Winters, president of Mission Mississippi, said he expects the event will also draw more than 800 Episcopalians, Methodists, Presbyterians and others to hear the conversation led by Young and Floyd.

Winters hopes efforts in his state to foster relationships among Christians of different denominations and races — through picnics, prayer sessions and dialogues — can be replicated in other states.

“Learning how to do that and come together will certainly minimize and hopefully alleviate incidents like we’ve had in the past,” he said.

Floyd and Young met when they spoke briefly at an August worship service in Mississippi called “Stronger Together,” which brought together the choir of First Baptist Jackson and the Mississippi Mass Choir to demonstrate Christian and racial unity after the “Emanuel Nine” killings.

Young called it “an absolutely electrifying experience.” Floyd wrote that it was “an incredible night, one of my most memorable as President of the Southern Baptist Convention.”

Church historian Bill Leonard of Wake Forest University Divinity School said the joint work of the two Baptist leaders is an indication of “a growing recognition that healing or moving beyond racial divisions needs continued and intentional attention. A concern for greater diversity and a recognition that they need each other may be strong incentives for moving in these directions.”

Though they are not yet certain what steps they will take, the leaders of the event said they hope to be able to move beyond existing racial tension and take action to reduce it.

“There are so many people who say, ‘What in the world can we do?’” said Young. “We’re hopeful and prayerful that God will use this not as an event but as a movement.”