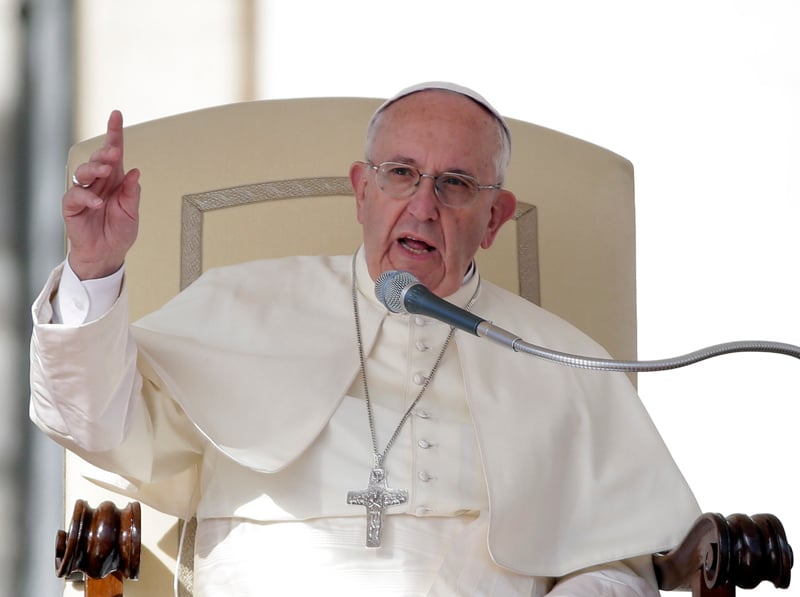 Pope Francis gestures as he speaks during his weekly general audience in St. Peter’s Square at the Vatican on Feb. 24, 2016. Photo courtesy of REUTERS/Max Rossi
*Editors: This photo may only be republished with RNS-POPE-ISAIAH, originally transmitted on Feb. 24, 2016.

VATICAN CITY (RNS) Wading again into the fraught issue of economic inequality and biblical teachings, Pope Francis on Wednesday (Feb. 24) spoke passionately about Isaiah’s warning to the greedy and assured thousands who gathered in St. Peter’s Square that the prophet “wasn’t a communist!”

“Richness and power are realities that can be good and useful for the common good, if they are put to the service of the poor and all, with justice and charity,” Francis said during his weekly general audience in the Vatican.

“But when, as happens too often, they become lived as privilege, with egoism and presumption, they are transformed into instruments of corruption and death,” the pope explained.

Francis referred at one point to the famous reproaches to the greedy in the fifth chapter of Isaiah, and then in an impromptu addition said: “And the prophet Isaiah wasn’t a communist!”

The pontiff’s lines on the exploitation of the powerless drew wide applause and highlighted not only themes that he has often addressed but also the debates over whether the pope — and Catholic teaching — lean toward some form of Marxism. 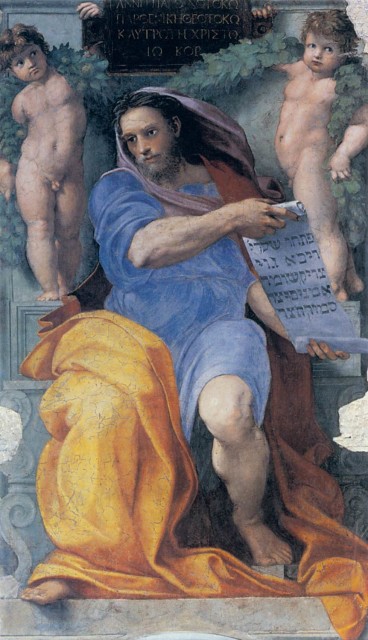 The prophet Isaiah, in fresco.

Francis’ critics among conservatives in the U.S. in particular have often accused him of being a “left-winger” or a communist.

Democratic presidential candidate Bernie Sanders, on the other hand, has praised Francis as a “socialist” like himself.

While Francis has eschewed ideological labels, he has continued to teach that Christians who do not act on the gospel commands to care for the poor are “fake” Christians, as he said earlier this week.

That’s a reprise of the argument that prompted a recent spat with the leading Republican presidential candidate, Donald Trump.

On Wednesday, Francis also referred to the story in the Hebrew Bible of Naboth, who was killed so a greedy king could take over his land.

Francis said this story was relevant today as well:

“It’s the story of human trafficking, of slave labor, of poor people that work ‘in black’ (‘under the table’) and with the minimum salary to enrich the powerful!

Francis also recommended that his listeners read a short book on the lessons of the Naboth saga by the fourth-century saint and bishop, Ambrose — a text that is famous as one of the earliest and most enduring treatises on the Christian view of economic injustice.

Francis’ comments this week followed his recent criticism of Mexico’s powerful elite and inequality in the country. “That wealth which tastes of pain, bitterness and suffering. This is the bread that a corrupt family or society gives its own children,” he said during Mass in Ecatepec, a city that has been plagued by drug-related violence.