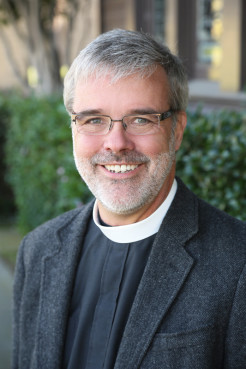 (RNS) When the Rev. Bob Honeychurch learned that the Episcopal Church’s presiding bishop was calling for staff culture reform after firing two senior administrators for misconduct, he had a hunch what some of those cultural issues might be.

From 2008 to 2012, Honeychurch served on the national church staff, where he heard accounts of gender bias on multiple occasions. Women were excluded from important decision-making, Honeychurch said, even when they held high offices and had relevant skills and experience to offer. Respecting female colleagues as equals wasn’t the norm.

“They weren’t treated with the same level of respect as the men,” said Honeychurch, 59, who now teaches church leadership at Bloy House, The Episcopal Theological School at Claremont. “There are female members of the church center staff who expressed their concerns in my presence, and I have to take those concerns seriously.”

Honeychurch’s recollections provide a glimpse into the context for a misconduct scandal that led to this month’s firings of Deputy Chief Operating Officer Sam McDonald and Director of Public Engagement Alex Baumgarten. Presiding Bishop Michael Curry said in a brief April 4 statement that the two “violated established workplace policies” and “failed to live up to the Church’s standards of personal conduct in their relationships with employees.”

But Curry said nothing about what types of violations occurred and staffers are not permitted to discuss the workplace culture the presiding bishop aims to revamp with help from human resource consultants. McDonald and Baumgarten have not been charged with any crime and did not respond to requests for comment.

Church spokesperson Neva Rae Fox said the Episcopal Church would have no further comment and pointed to Curry’s April 4 statement, which calls on staff to “change old patterns of behavior which are not helpful.”

Honeychurch, who was a Los Angeles-based adviser to congregations during his tenure, said he did not witness or hear accounts of sexual harassment during his four years on the national staff. In giving accounts of bias, his colleagues did not name any individual perpetrators, he said.

But with an entire workplace culture targeted for reform, he believes accounts from potential victims need to be taken seriously.

“I did not witness (women) being sexually harassed or gender devalued,” he said. “But if they felt that they were being in those positions, I had to believe that it was worth taking a look at it.”

Allegations of gender bias reached Honeychurch during the tenure of then-Presiding Bishop Katharine Jefferts Schori, the first woman elected to lead the Episcopal Church. He said he didn’t know whether the allegations were ever brought to her attention.

“She was physically in the office in New York very little because she saw her primary work as being elsewhere,” Honeychurch said. “She also then gave a good deal of authority to the chief operating officer to manage the staff.”

READ: Court to spaghetti: You are not a god

Honeychurch described a setting marked by constant struggles for power and attempts to claim territory within the church bureaucracy.

“There is certainly a temptation toward abuse of authority” at the church center, he said. Within that framework, men often held more status than women by virtue of their standing in the church.

“Many times the men were ordained, and many times the women were not ordained,” Honeychurch said. “That created its own kind of dynamic that was not always helpful.”