(RNS) The firing of two senior Episcopal Church administrators for unspecified reasons after a four-month misconduct investigation has prompted warnings that the church’s “cover-up” could endanger future victims.

Some legal experts and advocates are calling for more disclosure about the managerial misconduct that led to the firings of Chief Deputy Operating Officer Sam McDonald and Director of Public Engagement Alex Baumgarten. 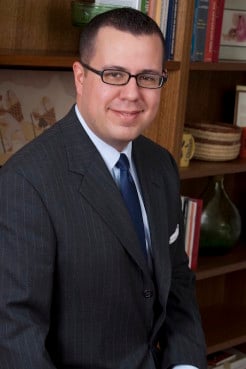 Presiding Bishop Michael Curry said in a brief April 4 statement that the two “violated established workplace policies” and “failed to live up to the Church’s standards of personal conduct in their relationships with employees.” Through a spokesperson, he said the church would have no further comment on the matter.

By saying nothing about what types of violations occurred, the church heightens the risk that wrongful behavior will be repeated elsewhere as McDonald and Baumgarten move on, according to Colby Bruno, senior legal counsel for the Victim Rights Law Center, a national nonprofit that provides free legal services from its offices in Boston and Portland, Ore. The silence also discourages other victims from coming forward and saying “this happened to me, too,” she said.

“They’re glossing over what is a big problem, but what the big problem is, obviously no one is to know,” Bruno said. “All of this cover-up might not be good for the future.” 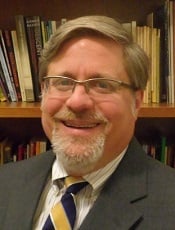 McDonald and Baumgarten have not been charged with any crime and did not respond to requests for comment. A third administrator, Chief Operating Officer Stacy Sauls, will remain on staff but will not continue as COO. The investigation found Sauls was unaware of the misconduct and violated no policies.

From December through March, independent investigators from the New York law firm Curley, Hessinger & Johnsrud pored over thousands of pages of documents and interviewed more than 40 people, according to Curry. Workplace investigations of such scope are often looking for patterns of sexual harassment, Bruno said.

Curry’s statement said “old patterns of behavior which are not helpful” must be changed at the church’s national headquarters in New York City, but he offered no specifics. A human resources consulting firm has been hired to do a staff culture audit and retrain all staffers to bring about “a healthier direction.”

Some observers say the church’s terse response might be necessary to honor confidentiality agreements with McDonald and Baumgarten. In such agreements, terminated employees typically promise not to sue in exchange for severance payments and an employer’s promise to never tell anyone what happened, according to Manhattan employment attorney Matthew Schatz.

“Anybody who loses a job under circumstances like this would want it to be kept quiet so that they have a chance of finding employment elsewhere in the future,” said Schatz, a partner at Schwartz & Perry.

But others say the silence could be inviting new legal as well as moral jeopardy. The church could avoid such fallout by publishing the investigators’ report with redactions to protect privacy if necessary, said David Gregory, executive director of the Center for Labor and Employment Law at St. John’s University.

“If you make certain disclosures, you might get sued, but you can defend against a lawsuit that has no merit,” Gregory said. “But if you don’t publish and somebody subsequently is assaulted by one of these persons, then you’ve got the knowledge that you didn’t do the right thing at the right time. And that could lead to complicity of a criminal nature.”

For the 2 million-member Episcopal Church, the mysterious scandal comes at a time of heightened sensitivity about church misconduct and disclosure obligations in the wake of the Roman Catholic clergy sexual abuse crisis, in which church authorities kept silent about abusive priests for years. Bruno said the Episcopal Church is bucking a societal trend toward increased transparency.

“What we see in our culture is that people are getting more transparent about (misconduct), more victims are disclosing, more colleges are expelling and workplaces are being more vigilant,” Bruno said.

For the Episcopal Church’s governing board member and Washington, D.C., attorney Russell Randle, the church’s stance is not only legally prudent but also beneficial to whistleblowers.

Others believe the Episcopal Church has said enough for now but will need to disclose more soon. Liz Shear, a professor of nonprofit governance at the University of San Diego, said rank-and-file church members will eventually need more information in order to restore their trust.

“This isn’t the end,” Shear said. “They’ll say something about whatever the culture was: whether it was fear or permissiveness or whether you were supposed to turn a blind eye to things. … Otherwise, you’ll lose the community.”