(RNS) Passover is the most celebrated of all Jewish holidays, with more than 70 percent of Jewish Americans taking part in a seder, its ritual meal.

Here’s your guide to the basics of the holiday, which begins at sundown Friday (April 22)  — plus some lesser-known facts that explain why this celebration of liberation lies at the center of Jewish belief and tradition.

A: The biblical Book of Exodus tells how the Israelites were slaves in Egypt. God parted the Red Sea and the prophet Moses led them to freedom. They wandered through the desert to the Holy Land, and along the way God gave them Jewish law.

Q: Explain the holiday one more time — with feeling.

A: “It is the master story of the Jewish people going from degradation to redemption, and it mirrors our own personal journeys,” said Rabbi Rick Jacobs, head of the Union for Reform Judaism, the largest stream of Judaism in North America.

“When we ask people, ‘What is the most important part of your Jewish identity?,'” Jacobs continued, “the dominant answer is, ‘Standing up for equality, pursuing justice and standing up for the rights of the marginalized.’ These are core Jewish commitments. And if you ever had a ritual that teaches those commitments, it is Passover.”

Q: So how exactly do you celebrate freedom on Passover?

A: By participating in a big meal called a seder, which means “order” in Hebrew — all its rituals are performed step by step. Seder guests take turns telling the story of the Exodus and the Israelites’ new relationship with God based on the law given to Moses on Mount Sinai. 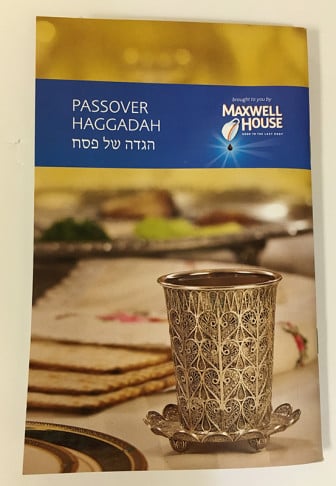 Jewish families own haggadahs, books that recount the Exodus. Each participant in the seder gets a copy and follows along as family and friends read and explain the symbolism of the foods on the table. Some haggadahs are beautifully illustrated books with added commentary and poems. Others are simpler booklets that supermarkets in areas with significant Jewish populations give away, such as the well-known one published by Maxwell House coffee.

Q: Why do Jews deny themselves bread for the eight days of Passover?

A: Rushing out of Egypt, with Pharaoh’s army at their heels, the Israelites had no time to bake bread. So to this day Jews eat matzo — essentially a flat cracker — during Passover in place of food with leavening. So forget the croissants, pasta, pretzels, granola bars, etc.

And if you’re very serious about the rules, forget anything made with soy, corn or corn syrup. At this point, some may wonder if Passover is like one big low-carb diet. Actually, you can gain weight during Passover. The seder table is often laden with heavy food — lamb, brisket or chicken. And one Passover delicacy is macaroons —  70 calories a piece. 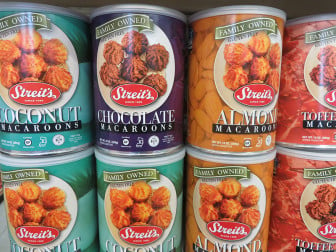 Kosher for Passover macaroons on display in a supermarket. Religion News Service photo by Lauren Markoe

Q: Some Jews are really excited this year because of a ruling permitting the consumption of rice on Passover. Is rice so exciting?

A: On day seven of Passover, when you’ve been bread-, pasta- and chip-free for a week, rice might be an extremely welcome addition to your diet. But some Jews will still have nothing to do with it on Passover. So there’s a debate, and the rice-eaters are winning. As Rabbi Jeffrey Salkin put it in a column on the topic: “Increasingly, Jews are saying that, when it comes to Passover, ‘rice is nice.’”

The backstory: Tradition has it that Jews of Spanish origin eat rice on Passover. But Ashkenazi Jews — whose ancestors come from Central and Eastern Europe — did not. Now rabbis for the Conservative movement, the second-largest stream of Judaism in the U.S., have ruled that “kitniyot” — rice, legumes and some other formerly forbidden foodstuff — are fine to eat on Passover.

Q: And this holiday is called Passover because …?

A: God, in Exodus 12:13, visits 10 plagues upon the Egyptians to convince Pharaoh to free the Israelites. During the last of the plagues, the smiting of the first-born sons, God “passed over” the houses of the Israelites, sparing them.

Q: Four cups of wine. For what?

A: Passover requires drinking four cups of wine, spaced throughout the seder. Lightweights sometimes interpret “cup” of wine to mean “a couple of sips.” But the holiday does not condone mindless imbibing. Different rabbinic explanations for the four cups include one that posits that they represent the four terms for deliverance used in Exodus 6: 6-7.

A: Nobody really eats off this plate. It’s a single platter to display six symbolic foods.

It includes: 1. Haroset, an amalgam of fruit, nuts and wine that recalls the mortar the slaves used to build for Pharoah. 2. A hard-boiled or roasted egg, which represents spring and was an object of a sacrifice. 3. A shankbone, which symbolizes the animal sacrifice the Israelites made before they left Egypt. 4. A bitter herb, to remind of the bitterness of slavery. 5. Karpas, a green vegetable that also invokes spring and is dipped in salt water to recall the tears of the enslaved Israelites. 6. A second green vegetable, typically Romaine lettuce, which is eaten with matzo and the bitter herb.

A: The youngest person at a Passover seder chants or recites — in Hebrew, English, Yiddish or another language — the Four Questions. The four are introduced by a preliminary question: “Why is this night different from all other nights?” The questions and their answers explain the symbolism of the food and rituals associated with the seder. 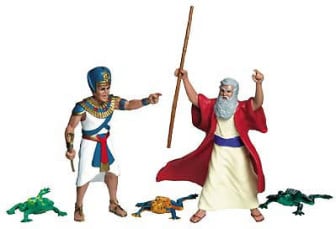 Set of Moses and Pharaoh figures. (Frogs are not included.)

Then there’s the afikomen, a special piece of matzo. By the end of the meal, some adult should have hidden it somewhere in the house. Then children look for the afikomen, and exchange it for a prize. A common afikomen prize: a Passover-themed children’s book. Alternative prize found on Pinterest this year: Moses and Pharaoh action figures.

Opinion
Your life is a seder, and its story is a haggadah
Follow us on Facebook!
Submit your photos to RNS