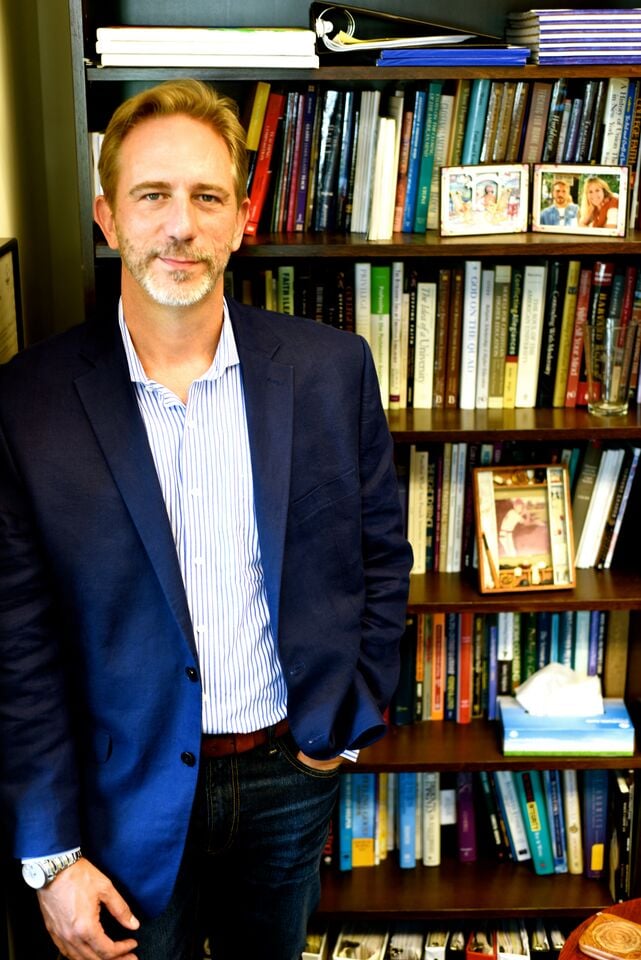 This election year has been revelatory in many ways.

One thing that has been revealed is the weakness of many of our most central institutions, together with an associated loss of confidence in these institutions on the part of tens of millions of Americans.

In other words, many of us used to have confidence that grown-ups were in charge and ultimately all would be well. Now we are not at all sure.

The grown-ups were, for example, in charge of our politics.

You know, there were two parties, the Democrats and the Republicans. They were sturdy old institutions, locked in conflict for sure, but part of the furniture of our national life. Somehow they produced pretty decent leaders for us, one generation after another, and America's experiment in democracy seemed secure.

But now both parties look much weakened. The GOP has not been able to squash a hostile takeover by Donald Trump, with hostile-in-a-different-way Ted Cruz close behind. The GOP used to give us wise-seeming old senators like Bob Dole, and governors like Mitt Romney. This year not so much.

Meanwhile, the Democrats have given us Bernie Sanders, a fiery independent, and Hillary Clinton, a dynastic figure who despite many limits has become the last best hope for many of us this time.

The grown-ups were in charge of our churches.

You know, there were pastors, those nice people in suits or collars or robes, carrying their Bibles and prayer books and telling us the Gospel story and managing complex congregations toward steady growth.

But now the older churches appear to be in free fall, and the growing churches are led by twenty-eight year-old "elders" in skinny jeans, and many churches can't stop fighting about sex.

The grown-ups were in charge of our economy.

But now we know that these men (and some women) have created an economic system that seems to benefit a few of them while placing all the rest of us at risk and shipping ordinary folks' jobs overseas at the drop of a hat.

The grown-ups were in charge of our television news.

You know, there were those sober-minded TV anchors like Tom Brokaw and Walter Cronkite, who cast their eyes over the day's news and offered fair-minded description and occasional wise commentary for the Great American Middle.

The grown-ups were in charge of our families.

You know, there were Mom and Dad, who got married and stayed married and tried their best to teach their kids right from wrong.

But now our families are so often in the hands of moms and dads who never got married, or who got married but then got on meth, or who careen from one relationship to another, or who can't quite seem to get and hold a job, or can't quite get over their anger or anxiety or alcohol issues.

I exaggerate. Of course. The past wasn't so great and the present isn't all bad.

I do think I am speaking of something that is real, however. Our major cultural institutions are indeed weaker than they were.

Our country still has many fine institutions, and there are mature human beings in charge of various enterprises. But there's an awful lot of decay and rot as well.

This cannot be denied. It is reflected across our national life. Our disastrous politics this election year both reflects this reality and, sadly, appears to be advancing it.