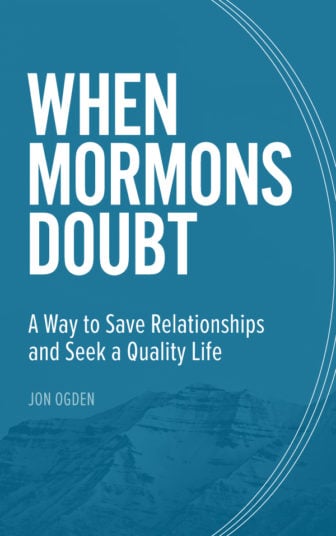 ” When Mormons Doubt: A Way to Save by Jon Ogden.

In this guest post, author Jon Ogden draws from his new book When Mormons Doubt: A Way to Save Relationships and Seek a Quality Life, available today. (And only $4.99 on the Kindle.)

Jon says the book is for:

I have read part of the book and appreciate its warm, nonjudgmental tone, as well as his willingness to draw upon positive examples outside of the Mormon fold for models of how relationships can be preserved even when one person changes in religious belief. As he puts it, “internalizing stories from other communities helps us develop humility, empathy, and love.” — JKR 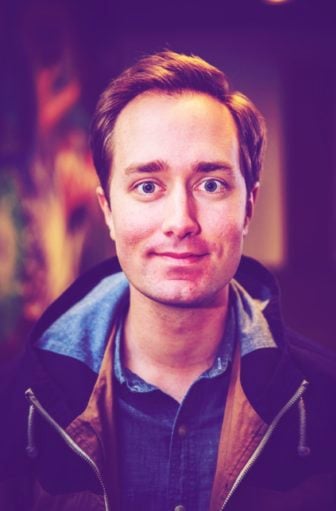 A Catholic family in Utah adopted a baby boy.

The boy’s parents raised him inside the Catholic faith. The spiritual nature of his upbringing resonated strongly with him, and he aspired to the priesthood even as a boy.

Then he fell in love with a Mormon girl.

As their courtship progressed, he assumed he would easily convert her to Catholicism. At the same time, she assumed she would convert him to Mormonism.

As it turned out, she was right. When he was old enough to no longer require his parents’ consent, he was baptized as a Mormon. His family was devastated. It has been decades since his baptism, and his parents are still hurt by his decision to convert from Catholicism to Mormonism.

This story, from a Mormon who lives in my stake, is universal. It’s the story told in Fiddler on the Roof as Tevye, a Jewish man, watches in sorrow as his youngest daughter leaves his faith to marry a Christian. It’s the story told by Carolyn Jessop in her book Escape when, after fleeing with her eight kids from Warren Jeffs’ polygamist sect, she is pained to see her oldest daughter decide to return to polygamy.

There are millions of similar stories — some more extreme and heart wrenching, some less so. But they each have one thing in common. In every case, when people reject the traditions of their loved ones, their loved ones feel pain.

That’s the way it’s always been. Breaking from tradition is the world’s second-oldest tradition.

Unfortunately, there is a temptation to think that because your child or spouse (or even your parent) left your tradition, your life is a failure. You failed to keep someone you love in the fold. Maybe you blame yourself for not being faithful enough.

And yet everyone knows that leaving a tradition isn’t inherently bad. Somewhere in your ancestry someone broke from tradition to give you the traditions you enjoy today. And all sorts of people — Mormons especially — get excited when they see someone leave another tradition to join their own.

If we’re not careful, what we call truth is merely that which has been repeated often enough to make us feel comfortable.

This is why nearly everyone’s default worldview is the one we were born into.

The French writer Michel Montaigne noted this phenomenon as he visited different countries throughout Europe. People in each country seemed to believe without question that they had the truth and that their customs were the best in the world. Montaigne wrote, “There is always the perfect religion, there the perfect government, there the most exact and accomplished usage of all things.”

In other words, tradition blinds us with its comforts and familiarity. As the behavioral economist Daniel Kahneman once said, “Familiarity is not easily distinguished from truth.”

I sometimes ask myself what my life would be like if I’d been born in another country. If I’d been born in Afghanistan or Japan, would I still be Mormon? Likely not. Instead, I would probably be a Muslim or a Buddhist, respectively.

Or say that I was born in the same place (Utah), but 500 years before. In that case, I would have likely been raised as part of a Native American tribe, with their traditions and beliefs. As a child I would have claimed my conviction that those traditions were true.

Chances are, you would have done the same.

Knowing this should open up a wellspring of humility within us. Whenever someone disagrees with our beliefs, we should remember just how much our beliefs are a result of the context we were raised in. As we internalize this fact we can be filled with love even for those whose beliefs suddenly differ from our own.

Finally, we can also recognize that when our love for other people depends on their beliefs, our love by definition is conditional. What a tragedy it would be to let our religious convictions break apart the relationships that our happiness hinges upon right now. We can’t afford it. As Mark Twain said, “There isn’t time, so brief is life, for bickerings, apologies, heartburnings, callings to account. There is only time for loving, and but an instant, so to speak, for that.”

Support Jana’s Kickstarter campaign for “The Next Mormons” now through this Friday, July 29.

Click here to be a part of this project. 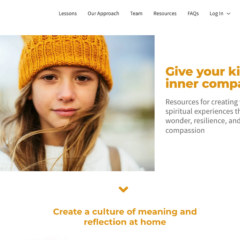