Last week I got another one of “those” messages. “Maybe it’s time to look for a new church,” a reader suggested.

His point seemed to be that if I don’t wholly support the LDS Church’s new policy toward LGBT members and their children, and have no confirmation that the policy is indeed “the mind of the Lord and the will of the Lord,” as Elder Nelson put it, then it’s time to abandon my faith and go religion shopping.

I did not get the feeling that this reader was suggesting I leave Mormonism because he’s worried about my worry, or believes I would be fundamentally happier going to that nice liberal Protestant church the rest of my family attends, or thinks it would be spiritually healthier for me to make a graceful exit.

I got the definite impression he thinks it would be healthier for Mormonism.

Don’t let the door hit you on the way out, Jana.

Remarks like this are utterly depressing, not just because they come from people who don’t know my heart (and, apparently, have not read previous posts in which I’ve taken pains to explain why I’m not going anywhere; see here and here), but because they show such an impoverished idea of Zion. 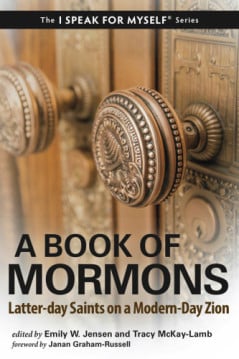 Also last week (in one of those beautiful examples of serendipity when the Lord might just be trying to tell you something), I became aware of Emily Jensen and Tracy McKay’s new collection of personal essays, A Book of Mormons: Latter-day Saints and Modern-day Zion, a book that takes the simplistic why-don’t-you-just-leave notion and turns it on its head.

These essays were like a balm to my soul, in which some of our religion’s best thinkers muse on the capacious notion of “Zion” and decide that it’s bigger than we give it credit for when we are so quickly judging one another.

This book is like the most thoughtful testimony meeting you’ve ever attended. Essays by Adam Miller, Kathyn Lynard, Patrick Mason, Joanna Brooks, Melissa Inouye . . . a fantastic cartoon from Scott Hales . . . There are feminists of several different stripes (including moderate Neylan McBaine and radical Kate Kelly, and an interesting piece from biblical scholar Julie Smith who uses three archetypes from the Book of Mormon to describe the tensions among different kinds of LDS women today) . . . There are BYU professors like Camille Fronk Olson, Ignacio Garcia, and George Handley. (See the book’s website for a complete list of contributors.)

In short, it’s a feast of Mormon testimonies from very different people who have one thing in common: a commitment to Zion. 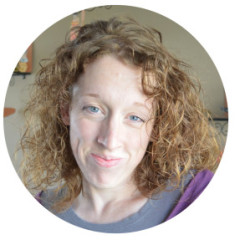 “Some people have this rocky relationship with the Big-C church telling people to think in a certain way, and we wanted to capture the dichotomy between how a Mormon can testify and how they sometimes feel they can testify,” Emily Jensen told me. “Do we give the power to the church to dictate what we believe and how we express that, or do we find our own ways of testifying as Mormons through our own spiritual experiences leaning to what we think is right?”

Tracy McKay says she was delighted by the very different ways the essayists approached the assignment. “The writing prompt was just, ‘What does Zion mean?’ It was really surprising to me, the variation and wildly different perspectives we got. This shows me there’s so much room in Mormonism for different people.” 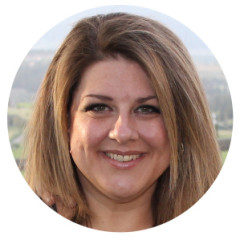 For me personally, one of the most beautiful and healing pieces was from Tona Hangen, a historian in Massachusetts. For the record I should note/brag that Tona and I have been friends since college—she was, in fact, one of the first Mormon friends I ever had, and the very first Mormon whose example caused me to look at my own life and begin to understand there was something missing.

Tona captures so well the idea of Zion at the local level, the way a ward community can embrace diverse individuals in ways that strangers on the Internet cannot (or, at least, do not):

My lived experience over nearly twenty years in my Zion ward overflows with rich, complicated human relationships irreducible to any handbook or program. People have loved me and my family fiercely, completely, protectively, but without judgment. I have felt utterly accepted for who I am, even while being challenged and mentored to do better. I’ve stood at hospital bedsides, served funeral luncheons, showered new babies, packed and unpacked moving vans, given rides, cooked meals, applauded talent shows, stayed late to clean up, and often unburdened myself on others’ sturdy shoulders. I’ve given away the best of myself to the one who might appear least deserving, partly because I’ve been such a regular recipient of that same grace and mercy . . . .

Does my Zion (and all the Zions planted here before it) hold any lessons for twenty-first century Mormonism as a whole? If they do, it might be this: we achieve Zion by embracing the one. Not “the one” as some mystical unity of all believers, but one person at a time.

One person at a time. That I can do.