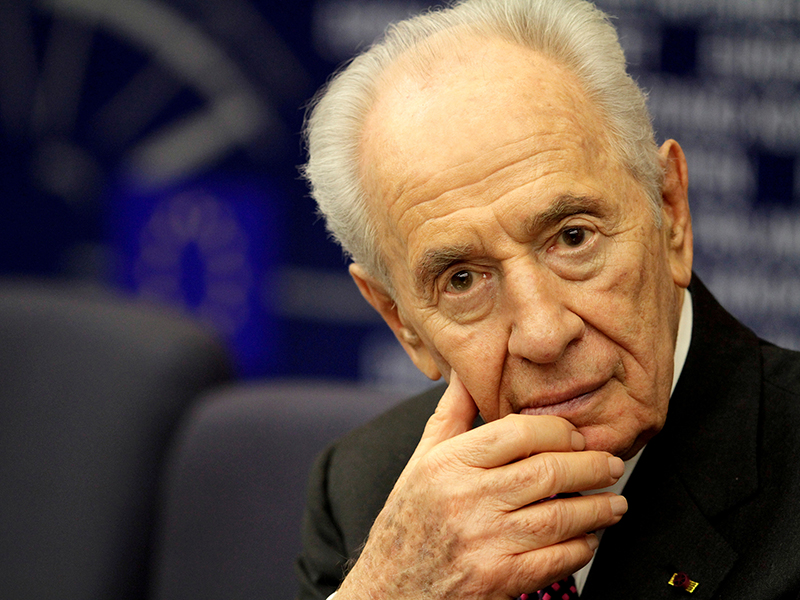 Shimon Peres attends a news conference at the European Parliament in Strasbourg, France, on March 12, 2013. Photo courtesy of Reuters/Jean-Marc Loos/File Photo *Editors: This photo may only be republished with RNS-SALKIN-OPED, originally transmitted on Sept. 28, 2016.

(RNS) This has been a bad summer for the Jewish people.

And now, as autumn begins, and the Jewish New Year approaches, we have lost Shimon Peres, our greatest political statesman. Peres was the last of the founders of the state of Israel — a man who embodied everything that the Jewish state is and wants to be.

Like all great men, his life was a tangle of controversy and contradictions — which is why he had more than his share of critics, both on the left and on the right. Read my friend and teacher Yehuda Kurtzer’s assessment of that legacy.

We shall not see the likes of Peres again.

And yet, the Jewish tradition says that the truly righteous do not need monuments of stone. Their words are their monuments.

So, let’s listen to the best things that he ever said.

Peres knew that Jewish history is what I have called “salmon Judaism” — swimming upstream against the tides of history.

The Jews struggle. Peres knew that.

Peres was right — and this statement is a “first cousin” to the previous one.

He knew that the situation of the Jewish people — and the Jewish state — would always be precarious.

He knew that the state of Israel needed to survive and thrive, and that this might mean that she would not be winning any popularity contests.

But, a people always moves from poetry to prose — from a lyrical vision, to the more mundane tasks of maintaining a nation-state that emerges from that poetry.

Peres worked overtime in maintaining that balance between poetry and prose — and he navigated both those realms with elegance.

Peres was right. As tempting as it might be to have all of our opponents come to the table to sing kumbaya (or Hiney Ma Tov — “how good it is for brothers and sisters to sit together in unity”), Peres was too pragmatic for that.

We cannot wait until the hearts and minds of our enemies become magically changed. We go forward and make the best deal that we possibly can.

Is Peres right? To proclaim this truth as we enter our season of memory?

Here is the problem with Jewish memory. It should invigorate us. But, all too often it becomes nostalgia, a mere foraging around for goodies from the past.

Or, even worse, it becomes negative memory, that is only interested in rehearsing the historical wrongs that have been done to us — both as a people, and as individuals.

Peres is, ultimately, right. If memory amuses or cripples us, go to imagination.

In a satirical video made after he stepped down from the presidency, Peres explains his experience to a clueless employment counselor.

Can you think of another world leader (President Obama comes pretty close) who was so fundamentally unable to take himself seriously?

We loved him for his gentle demeanor, and his determination.

Peres reminded us that humility, human and humor all come from the same root.

That was Shimon Peres.

It should be all of us.

May his memory be a blessing, and an inspiration, and a goad.