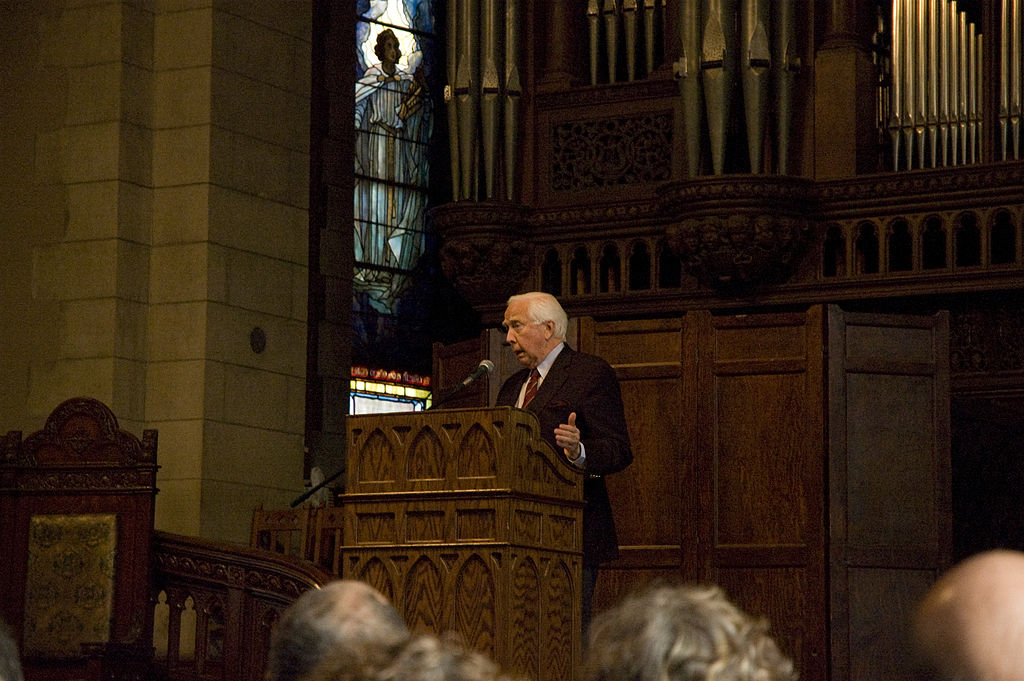 The commencement season has commenced, and in some places ended, for this spring. Having read reports of or seen televised ceremonies, we in the public could find inspiration or reasons for despairing. In cases where the occasions at colleges and universities have descended to being mere celebrations of celebrities on stage at the expense of honoring and chartering graduates in their callings, we can mourn or turn cynical over missed chances to honor the civic order. David McCullough’s new The American Spirit: Who We Are and What We Stand For is a refreshing, anecdote-crammed antidote, highlighting manifestations of the “American spirit” that are often being neglected in the chaos and polarizations of our time. Let’s pause a moment to look at the author, the book, and our prospects.

First, I should apologize for discussing this collection of commencement-and-other speeches, since Sightings’s and our Center’s mission is to feature “religion in public life.” McCullough is a master at dealing with public life, but religion, if we mean to refer to formally defined versions, happens to be only slightly treated. Yet one cannot listen long to McCullough speak, as some of us did at the Chicago Public Library last week, or read this book, without seeing how complementary and reinforcing all of this is. McCullough—the most honored and accessible writer in our profession, often called “America’s historian”—gives reasons for us to become partners with him in showing concern for and contributing to expressions of the American spirit.

The recipient of many awards and honors, McCullough doesn’t waste effort polishing trophies, but enters into scenes where the American spirit is the subject. Readers know him for books on John Adams, Harry Truman, the Wright Brothers, and numerous incidents such as the Johnstown Flood and the building and career of the Brooklyn Bridge. He has let his curiosity lead him to his topics and to choice details about them, always with an interest in noticing what has been overlooked or is being forgotten. Mercifully, he restricts his astute observations as to what’s wrong in higher education, public life, etc., attending to the problems afflicting the American spirit. He does not shy away from certain topics because they are unpleasant, but because he has an agenda that transcends the conventional and often wearying debates of today.

Instead of only making appeals for the reading and study of history, McCullough provides, in this small book and his many large ones, stories which reveal the American spirit in its surprising manifestations. His rare counsels are often unsubtle and brisk. A sample from page 147: “Read. Read, read! Read the classics of American literature… Read your country’s history… Read for pleasure, to be sure… But…” Well, we’ll let his paragraphs fill in the rest. Sightings should be brief, so that more of our readers’ time—when they are not busy attending commencements—can be devoted to reading books like his.

People who care about religion in public life may find what we discern in good stories, well told: scriptures which enlarge the imaginations of those who read Scriptures, inspired by lines like this one-line epigraph from George Washington, a fundamental motif in McCullough’s counsel: “Perseverance and spirit have done wonders in all ages.” There is no good reason for them to fail to do wonders again.