In 2006, conservative theologian Wayne Grudem released a 272-page jeremiad decrying feminism as a “slippery slope” to liberalism and “a system of thinking that denies the complete truthfulness of the Bible as the Word of God.” Despite its breathlessness, the book was embraced by many believers and religious leaders.

Evangelical Feminism’s popularity is not altogether surprising. The religious right was founded, in part, as a reaction to the rise of feminism and the sexual revolution. And conservative Christians have long resisted attempts to dismantle patriarchal theology and hierarchies.

But, as Shakespeare wrote in The Tempest, “Misery acquaints a man with strange bedfellows.” Our current moment is nothing if not miserable, and the recent wave of sex abuse scandals have left feminists and many conservative Christians in pursuit of a common goal: combating misogynistic men who leverage power over women. Perhaps it is time for the two groups to set aside their differences and unite for the common good.

This unlikely coalition was the topic of conservative columnist Matt Lewis’s recent article at The Daily Beast, “Welcome to Our New Age–the Victorian Feminist Era.” He compares our current moment to the situation faced by William Wilberforce, the late British parliamentarian who partnered with a broad group of activists to abolish the slave trade.

“It occurs to me that we might be in the midst of our own reformation of manners,” Lewis writes. “But where are the William Wilberforces?”

Partnering across lines of disagreement is a difficult path to navigate, and this coalition would be no less fraught.

Many conservative Christians hold to a complementarian theology that argues for male leadership in the home and church. In this framework, women are to lovingly submit to their husbands and male pastors. Such a position is reprehensible and repressive to feminists who have long fought for total equality between men and women in every sphere–including homes and churches. These are not minor discrepancies, but rather mutually exclusive paradigms. Each group would need a hefty dose of humility in order to forge an alliance.

Ideology aside, both sides would also need to overcome their skepticism of the other. Feminists see conservative Christians as one of the greatest forces for the oppression of women in American society. And conservative Christians often blame feminists for a increasing evolution of notions of gender, the perils of the traditional family, and the so-called “moral decline” of American culture. This skepticism has metathesized into disdain, and disdain is an alliance killer.

There are many reasons for conservative Christians and feminists to accept the risks of partnering and invest the necessary energy to pursue their shared goals. Each group can uniquely contribute to cultural conversations about sexual abuse and harassment.   Religious communities and leaders provide the moral imperative, for example, and feminists assert the female perspective about these matters. Both are needed, and when combined, strengthen the argument.

If such a partnership between two powerful groups could be forged–even if for a brief moment–the result might be a new American ethic that makes no space for misogynistic men and their mistreatment of women. Sometimes strange bedfellows are needed in order to awaken the world. 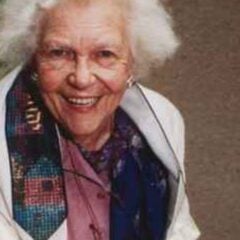 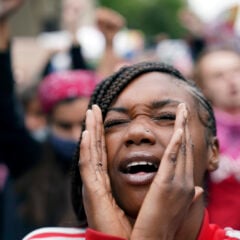 Opinion
Calling all women: It’s time to take our stand together against tyranny and injustice Opinion
Larycia Hawkins documentary shows the cost of embodied solidarity
Follow us on Facebook!
Submit your photos to RNS