This article is part of a series produced for Religion News Service’s parent organization Religion News Foundation with support from the Arcus Foundation and Heinrich Böll Stiftung Southern Africa. It emerged from a November 2017 journalism training workshop in Cape Town, South Africa. Click here to read the original article in French.

Donou is a lawyer and JusticeMakers Fellow at International Bridges to Justice, an international organization dedicated to protecting the basic legal rights of individuals in developing countries.

She says Togo’s LGBTQ community is among the least likely to seek justice due to stigmatization, discrimination, and abuse.

“Even today, people are afraid to go to court and make their voices heard,” Donou said, citing specific prejudices and social factors, but also a lack of confidence in Togo’s justice system.

LGBTQ people face numerous barriers to accessing justice in this largely homophobic and transphobic society, including the threat and fear of being jailed if their sexual orientation or gender identity is made public.

“We are regularly confronted with issues of rights and access to justice,” said Kokou, whose name has been changed to protect his identity. Kokou is the project manager of the local MEN’S association, which defends the rights of LGBTQ people.

Often a victim of physical violence, another gay man who calls himself Pala-Pala has never alerted authorities to the abuse perpetrated against him.

“Can you see me pointing to a police officer and telling him I was slapped by someone who thinks I’m gay? Me, so effeminate?” Pala-Pala asked rhetorically. “These aggressions make me stronger. I’d prefer to die a gay martyr than to die of malaria, for example.”

Pala-Pala says he tells other LGBTQ people about the abuse he has faced and warns them to be careful.

Mireille, a transgender woman whose name has been changed to protect her identity, says police officers are among the worst perpetrators of discrimination against LGBTQ people in Togo.

“One night, two of my [transgender] friends were arrested in Adidogomé [in the north-western suburbs of Lomé] and detained for three days for wearing women’s clothing. 100,000 West African CFA francs ($189) were demanded for their release. We paid 50,000 francs before they were released,” Mireille said. “On another occasion, when another [transgender woman] was arrested, she was taken to her home and presented in her women’s clothing to her parents, who said they were shocked. That’s the humiliation we’re subjected to every day.”

Adjowa, whose name has been changed to protect her identity, works with Rainbow Africa, a local LGBTQ rights organization. She says a police officer once advised her to refrain from filing a complaint on behalf of another member of the LGBTQ community who had been attacked.

“The policeman asked us if the victim is really homosexual. We denied it, of course. Having his doubts, the policeman kindly asked us to forget this case and advised the victim to be more careful in the future,” Adjowa said.

“There is a law in our country that protects people living with HIV from being discriminated against for their status. Why don’t similar provisions exist to protect the LGBT community?” Adjowa asked. “Our constitution says we are all equal before the law, yet some people are still considered subhuman because of their sexual orientation. We are not asking for special rights, only the same rights that are afforded to every human being.”

Accordingly, lawyers argue that a person’s sexual identity alone should not constitute grounds for imprisonment.

“In the eyes of the law, it is the homosexual act that is punished,” explained Togolese lawyer Godwin Aményinu. “It is a prejudice to believe that someone can be tried for the crime of homosexuality without proof.”

In a 2014 survey conducted by the Afrobarometer group, 89 percent of people in Togo surveyed said they would dislike having homosexuals as neighbors.

“Do you really think people would choose to put themselves in such a hated community? I cannot believe it. People are born like that. We are born like that,” Kokou said of his LGBTQ community members. “We do not necessarily ask to be understood or accepted, but let people live their lives.”

Far from demanding legalization, Togo’s LGBTQ community is merely hoping homosexual acts will be decriminalized, which would be a big step towards access to justice for all.

Kayi Lawson is a journalist in Togo. Spiritual Exemplars
In Togo, a Catholic nun fights COVID-19 for the sake of her AIDS patients 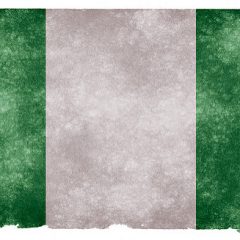 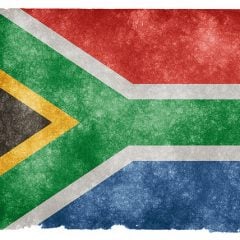 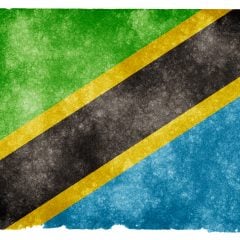 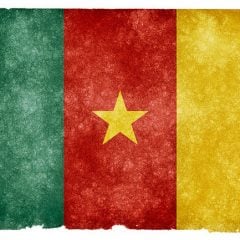 General story
In Cameroon, LGBTQ people struggle to reconcile faith and sexuality
Follow us on Facebook!
Submit your photos to RNS