(RNS) — For insomniac Muslims like Heba Assad, the rituals of the holy month of Ramadan can take a serious toll.

Waking up before dawn to eat and pray at suhoor, then staying up past the evening iftar meal to pray extra taraweeh late into the night flips an already sleep-challenged schedule upside down.

Instead of crashing after iftar, Assad, a 19-year-old college student from Ohio, often stays awake through the night. “Otherwise I can’t get up for prayer so early,” she says. “It’s just easier for me.”

“There are two main challenges patients have in Ramadan,” explains Naeem Lughmani, director of the Institute of Sleep Medicine’s centers in Maryland and Ohio. The first comes from Muslims who fast but need to take insomnia medication during the day. That’s usually a pretty easy solution — he adjusts their treatment so they can take it during suhoor, the pre-dawn meal, or when they break their fast in the evening at iftar.

The second problem can be harder to solve: How do they drag themselves out of bed at 3 a.m. for suhoor? In a nation experiencing what some experts are calling a public health crisis of sleeplessness, a third of Americans get fewer than seven hours of sleep every night, according to the Centers for Disease Control and Prevention. The Institute of Medicine has found that about 50-70 million Americans suffer from sleep or wakefulness disorders such as insomnia, sleep apnea and restless leg syndrome.

They go to bed late, wake up early for long commutes, come home late from job responsibilities to use smartphones or watch TV late into the night. They also eat sugary foods and drink caffeinated drinks long past a healthy hour.

“These are common examples of bad sleep hygiene,” Siddiqui says. “And when people carry these habits into Ramadan, the sleep deprivation can further compound.”

“When people carry these habits into Ramadan, the sleep deprivation can further compound.”

A quick primer: a Muslim’s normal routine may entail waking up for fajr prayers, taking two midday prayer breaks at work, followed by the two evening prayers. During Ramadan, Muslims also make an extra effort to wake up early for the late-night tahajjud prayers, eat the suhoor meal (in the U.S. this year, that can be as early as 3 a.m.) and read a few chapters of the Quran, all on top of the usual obligatory prayer schedule.

In the evenings, often spent in gatherings at mosques, Islamic centers and community potlucks, Muslims break their fast with iftar (as late as 9 p.m), then pray their night prayers. They may also spend about an hour or more performing special taraweeh prayers that can go well into the night during Ramadan.

“Obviously, there’s not a whole lot of time in between getting in bed and getting out,” says Nabeeh Hasan, a Denver-based biomedical researcher who was diagnosed with insomnia several years ago. His suhoor alarm is set for 3:30 a.m. After a long day of fasting, he drives home from the nightly hour-long taraweeh at the mosque downtown and is usually in bed by about 1 a.m.  It seems his eyes have just shut when his phone begins blaring the call to prayer.

For Hasan, finding the right temperature for his bedroom and not reading in bed has helped. But Ramadan’s demanding schedule throws all that training out the door.

‘The lost art of napping’

The Prophet Muhammad was known to encourage midday naps, a practice many Muslims take care to follow today. But with the month’s jam-packed schedule plus modern workdays, that’s not always possible.

At the hospital where Hasan works, he doesn’t have a place to nap away fatigue. Instead, when his energy begins flagging midday, he takes a walking lap around the halls to get his blood flowing.

Besides, Hasan said, his doctors discouraged him from using daytime napping. “It disturbs your normal cycle,” he explained. Instead, they recommend he go to bed earlier to wake up for fajr prayers. “It’s just that during this month it’s harder to do that,” he says.

Lughmani is an advocate of what he calls the “lost art of napping.” Historically, Lughmani tells RNS, sleep was segmented in three sessions: four or so hours after the sun went down, then a “quiet awakening” for another few hours. Another sleep session in the early morning ended when the sun came out. During the day, many people would nap between 1 and 3 p.m.

That schedule actually mimics a common routine for many in Muslim majority countries during Ramadan. Work and school days are typically shortened and people often spend daytime in Ramadan resting and napping.

“But in our society, with our work schedules and electrical lights, we sleep in a single block at night,” Lughmani explains.

Unlike some sleep specialists, Siddiqui and Lughmani both recommend daytime napping to supplement sleep during the night. Some studies have shown that Muslims who are fasting show no increase in daytime sleepiness, as long as they maintain their usual amount of nighttime sleep.

Lughmani points to the example of astronauts: Since day and night at their altitude lasts only 45 minutes, they’re trained to sleep in short stretches. He advises trying to stick to the natural circadian rhythm – sleeping at night, then napping in the afternoon – but if that’s not possible, he suggested making that time up piecemeal.

“Instead of caffeinated beverages or a high-sugar iftar, to pump yourself up for taraweeh, I’d rather take that refreshing nap in the afternoon,” Siddiqui says. “Your body is already winding down after you’ve been fasting for 12 hours or so. A nap can be really recharging.”

That nap can be the difference between a refreshed, active mind and a lethargic, grumpy one. The irritable mood and low energy some Muslims experience while fasting isn’t always from hunger or thirst like many assume, both experts told RNS.

“People think their low mood is from hunger,” Lughmani says. “It’s not a lack of sugar. It’s a lack of sleep.”

Assad’s family doesn’t accept that it’s insomnia that’s getting in the way of her spirituality.

“They say it’s Satan that’s keeping me away from praying fajr,” she says. “They say that it’s more of a jihad if you struggle more to wake up or to go to sleep.”

When she decided to stop praying taraweeh two years ago, “they judged me. I sort of feel like a worse Muslim because they treat taraweeh like it’s obligatory.” 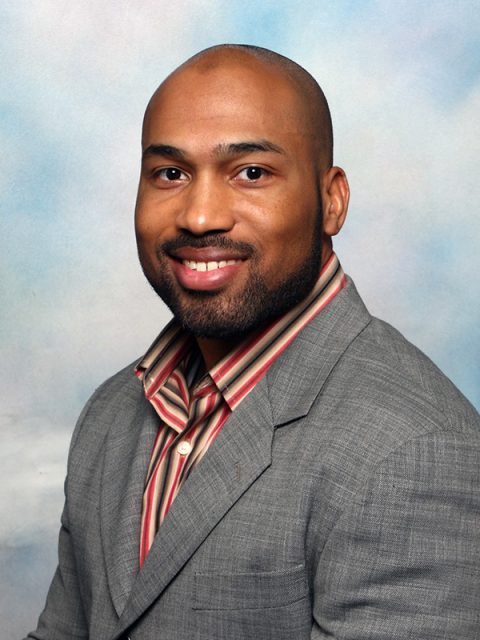 But most religious scholars agree it’s not an obligatory prayer.

Hasan — who has also considered cutting back on his taraweeh prayers to gain another hour of sleep — agreed that imams and Islamic leaders should make it more clear that they are not mandatory. “If anyone has difficulty in it, then there’s other things for them to do,” he says. “They can give more charity, feed those in need, do acts of service.”

But those discussions are slow coming, Hasan says. In some ways, it fits into a broader lack of attention to those with physical disabilities and the stigma about mental health in Muslim communities.

“Muslims are just starting to understand and appreciate things like mental health,” Hasan says. He’s seen a tendency to tell people with mental health issues that they have a weakness in their faith or are being tested.

When Assad struggles to remain standing during some parts of the prayer, other Muslims look down on her, she says, because she’s young and able. Sitting down for prayer, while permitted in Islam, is typically reserved for people who are elderly or injured.

“They think Quran is the best therapy,” she says. “They don’t really see the need to go to counseling or the need to medicate.”

Imams are not health professionals, Hasan adds. “But if they could get a better understanding of mental health, they would have better conversations with the community at large.”

“They say that it’s more of a jihad if you struggle more to wake up or to go to sleep.”

Of all the maladies Muslim leaders struggle to understand, however, sleeplessness may be easier for them to get on board, since sleep has an important place in Islamic literature. The Quran, for instance, points to “your sleep by night and by day” as a sign of God’s existence and mercy.

The Prophet Muhammad, too, discussed best practices for sleep: sleeping on one’s right side, cleaning one’s bed and turning lights off, not being active after the night prayer, beginning one’s day after waking up early for fajr. Multiple reports record him telling his followers to go to bed when they feel drowsy while praying because their body has “rights” over them.