(RNS) — The four judges have been on the legal world’s radar since they appeared in November on a White House list of potential Supreme Court nominees. And they are all “really incredible people in so many different ways, academically and in every other way,” according to President Trump.

The president is expected to nominate one of them Monday (July 9) to replace Supreme Court Justice Anthony Kennedy, who announced his retirement last week (June 27).

For his first pick for the high court, Trump thrilled his conservative and evangelical Christian supporters by selecting Neil Gorsuch, an adherent of the “strict constructionist” philosophy espoused by the justice Gorsuch was replacing, the late Antonin Scalia. For many conservative evangelicals, the Supreme Court is the reason they voted for a president who doesn’t always talk and act like a person who has been called “God’s chosen candidate.”

Now the president seems to be angling to hit another “home run” (in Trump’s own words) for his base. The next justice appointed to the court will almost certainly decide cases on access to abortion, marriage and LGBT rights, and the place of religion in public life — and possibly, some observers say, revisit the landmark abortion case Roe v. Wade.

With these issues in mind, activists,  politicians and court prognosticators are studying the cases and faith influences of the most likely nominees among the seven contenders the president reportedly has interviewed.

Here is a list of the four possible nominees widely considered to be front-runners and what they have said and done with regard to religion. That’s according to Democratic Sen. Dianne Feinstein, who expressed concern about how Barrett’s Roman Catholic faith might impact her judicial decisions as Barrett, now 46, was on her way to being confirmed as a 7th U.S. Circuit Court of Appeals judge last year. The line quickly became the right’s equivalent of “Nevertheless, she persisted.”

Never mind that, as an appeals court judge, Barrett would not be called upon to remake Roe v. Wade: Feinstein seemed to be looking forward to Barrett’s possible ascension to the Supreme Court. She wasn’t alone. Several organizations, including Catholics for Choice and the Secular Coalition for America opposed her nomination to the appeals court because they said she had spoken “disapprovingly” of Roe and signed onto a statement calling the Affordable Care Act’s mandate for insurance coverage for contraceptives an “assault on religious liberty.”

Raised in Louisiana, Barrett is a former professor of law at the University of Notre Dame, where she earned her law degree. She also clerked for Scalia, a fellow Catholic.

She directly commented on the issue of capital punishment, and on religion as an influence on judges, in a 1998 law review article.

“Catholic judges (if they are faithful to the teaching of their church) are morally precluded from enforcing the death penalty,” she wrote with her co-author, John H. Garvey (now president of the Catholic University of America in Washington, D.C.)

The article, which was grappling with the ramifications of Pope John Paul II’s condemnation of the death penalty in most cases, admits that the question is complicated. It concludes, “Judges cannot — nor should they try to — align our legal system with the Church’s moral teaching whenever the two diverge. They should, however, conform their own behavior to the Church’s standard.”

The article also cites Article VI of the Constitution to argue, “It seems plainly inconsistent … to suggest that Catholics, simply by virtue of being Catholics, are disqualified from serving as judges.”

RELATED: Who are Catholic charismatics and what’s a covenant community?

Barrett, as has been reported, is no ordinary Catholic. She has been associated with People of Praise, a group founded in 1971 that is part of the charismatic renewal movement. People of Praise has raised red flags for many with rumors of a lifelong oath of loyalty and a system by which members are paired with other members to help them stay faithful to the group’s tenets. Those partners for female members were called — until the word took on dystopian associations — “handmaids.” One anthropologist who has studied the group recently assured Slate it’s not a cult. 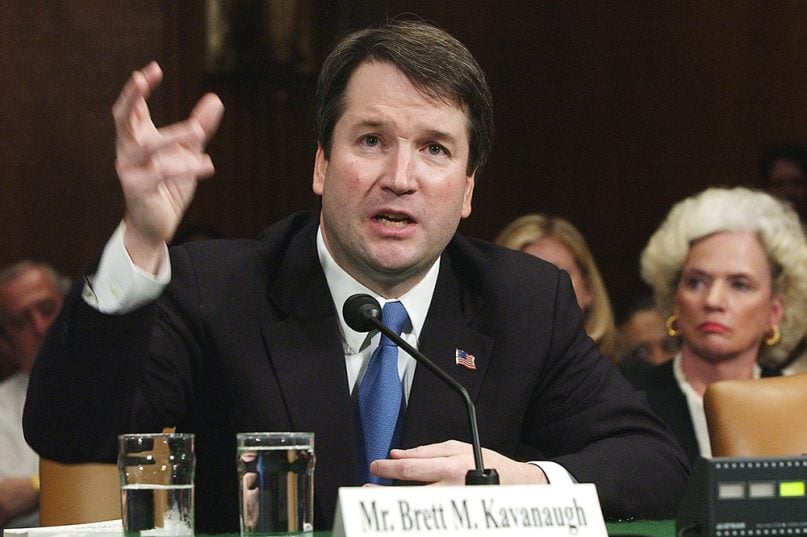 Like Barrett, Brett Kavanaugh, 53, is Catholic. The judge in the U.S. Court of Appeals for the District of Columbia Circuit is a regular lector at his church, the Shrine of the Most Blessed Sacrament in Washington, D.C., near his Maryland home. He volunteers for the St. Maria’s Meals program at Catholic Charities, according to his biography on the court website and has tutored at the Washington Jesuit Academy.

Unlike Barrett, who has served on the bench for less than a year, Kavanaugh has a long history of judicial decisions behind him. Nominated by President George W. Bush, whom he served as a White House lawyer, Kavanaugh has spent 12 years as a judge on the D.C. Circuit.

Several of those decisions deal with issues important to religious conservatives, including abortion rights. Last year, Kavanaugh dissented on a controversial decision that allowed an undocumented teenager who had crossed from Mexico into Texas as an unaccompanied minor to get an abortion while living in a government-funded shelter. The decision, he wrote, was “ultimately based on a constitutional principle as novel as it is wrong: a new right for unlawful immigrant minors in U.S. government detention to obtain immediate abortion on demand.”

But Kavanaugh’s ruling was less restrictive than other judges in the case, giving some cause to worry that he is too pragmatic. Similarly, these voters favor his dissent opposing the Affordable Care Act’s birth control mandate, but worry that it conceded that the government has an interest in providing coverage for contraceptives, but that “the government can achieve it in other ways,” according to SCOTUSblog.

RELATED: History of religion on Supreme Court in one graph

Replacing Kennedy, for whom he clerked, Kavanaugh, like Barrett, would preserve the current religious ratio on the court, which includes five Catholic justices, three Jewish justices and Gorsuch, who was raised Catholic but now attends an Episcopal church. 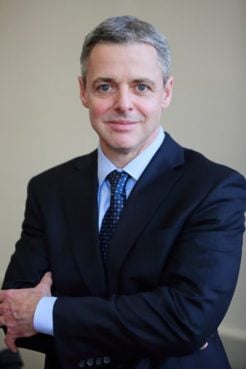 Raymond Kethledge, a judge for the 6th U.S. Circuit Court of Appeals, would be the sole evangelical Christian on the Supreme Court. Kethledge, 51, also would break the Ivy League mold (as would Barrett). Raised in Michigan, he earned his undergraduate and law degrees from the University of Michigan. He currently lives in the Great Lakes State and has said he writes his opinions in a rustic barn office overlooking Lake Huron with no internet, no cell phone reception and a wood stove for heat.

Among his decisions is Acosta v. Cathedral Buffet, Inc., which concerned a buffet restaurant owned and operated by Grace Cathedral Church, whose president is Ohio televangelist Ernest Angley. Angley was accustomed to recruiting volunteers from the pulpit to work at the buffet, a for-profit enterprise — a practice the Labor Department said violated minimum wage requirements.

The appeals court found that the volunteers weren’t underpaid because they didn’t expect to be: rather, they were happy to do “God’s work.” “The Department seeks to regulate spiritual conduct qua spiritual conduct, and to impose significant liability as a result,” Kethledge wrote in his concurrence with the decision. He cautioned that no government bureaucrat can make spiritual judgments about what motivated the churchgoers to do the work.

“The coercion that matters is not anything that Rev. Angley said to his congregation on a Sunday morning,” Kethledge wrote. “What matters, rather, is the Department’s own attempt to coerce religious leaders — of any faith — not to exhort their followers on spiritual grounds to engage in conduct that is otherwise legal.”

Kethledge also co-wrote a book on leadership, “Lead Yourself First: Inspiring Leadership through Solitude,” about the importance of reflection that draws on the examples of many leaders, including religious figures like the Rev. Martin Luther King Jr. and Pope John Paul II.

Like Kavanaugh, Kethledge also clerked for Kennedy. He practiced law for 15 years, which he has described as a  “service business.” 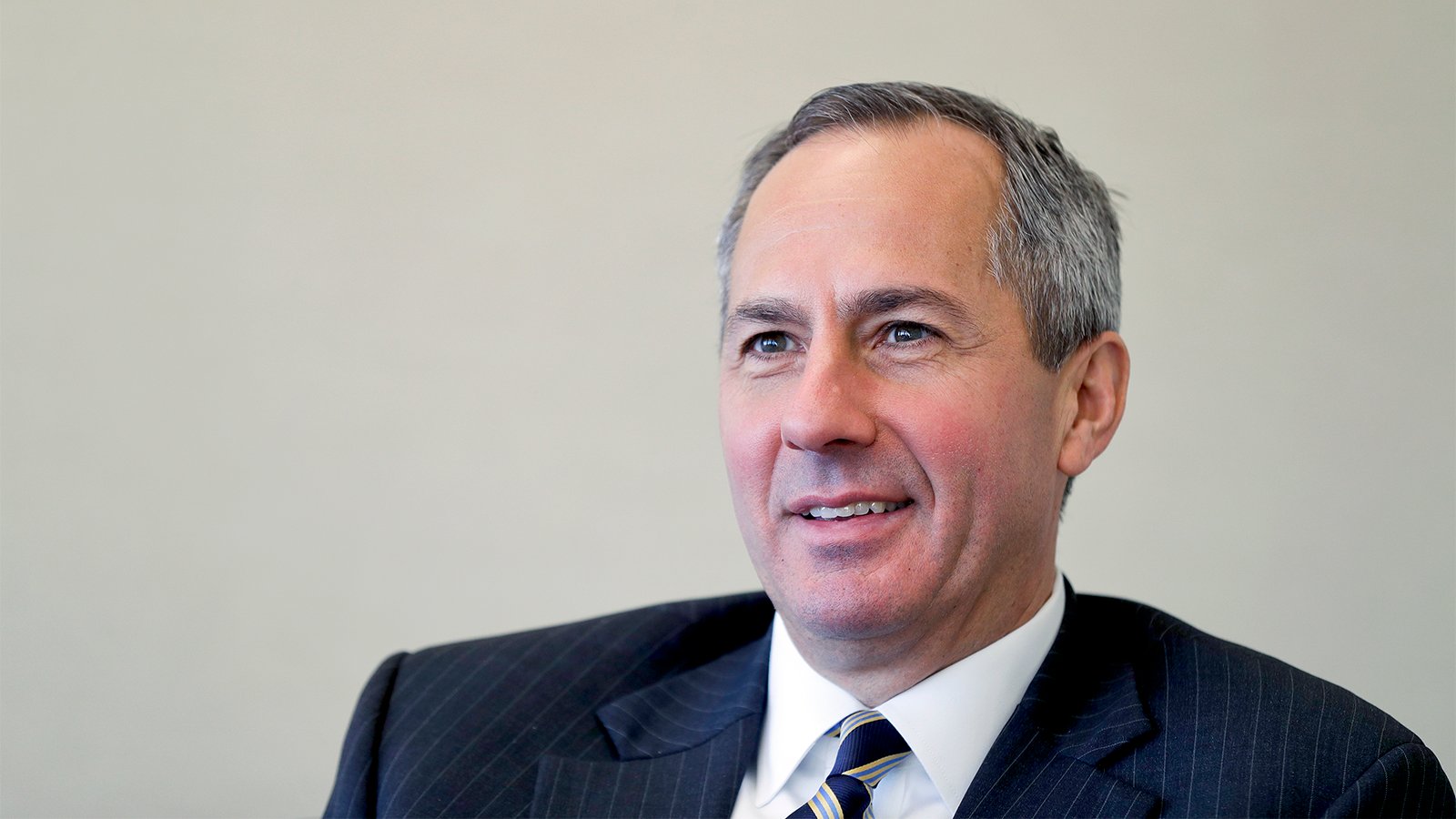 This is the second time Hardiman, 53, has made the shortlist for the Supreme Court. A judge on the 3rd U.S. Circuit Court in Philadelphia, he was runner-up last year when Trump ultimately chose Gorsuch to fill Scalia’s seat.

Hardiman, a Catholic, attended two of the most prominent Catholic universities in the U.S.: Notre Dame University for his undergraduate studies and Georgetown University for law school. Like Barrett and Kethledge, he’d bring some educational diversity to a court full of Ivy League graduates, and Trump reportedly finds his personal story compelling: He was the first in his family to graduate college, which he funded in part by driving a taxi.

Hardiman hasn’t ruled on any major abortion cases, though in 2010 he did join an opinion overturning the conviction of a man who was arrested while leading an anti-abortion demonstration near the Liberty Bell in Philadelphia. And earlier this year, he was one of three judges who allowed the Little Sisters of the Poor to join the Trump administration in a case regarding the contraception mandate of the Affordable Care Act.

But he has ruled on other issues important to Christian conservatives, including some religious freedom cases.

In several cases in which inmates complained prison officials kept them from practicing their faiths, he generally ruled against the inmates.

In a 2008 case, he dissented with the court’s decision against an evangelical Christian family in which the mother was invited to her son’s kindergarten class to read his favorite book to students as part of his “All About Me” presentation and then prevented from doing so when the child chose the Bible. Hardiman wrote that the school district went “too far in this case in limiting participation in ‘All About Me’ week to nonreligious perspectives,” and may even have “improperly discriminated between religious perspectives,” as a parent previously had been invited to the classroom to discuss Jewish holidays.

In a second school-related case argued in 2012 in which a fifth-grader was not allowed to hand out flyers to her classmates inviting them to a Christmas party at her church, Hardiman joined a panel siding with the student and affirming a lower court decision ruling against a school district.